It’s the greatest open secret, that death will take everyone, that every person is as transient as a shadow. Embracing this knowledge…was how sane people managed their grief.

In his debut novel Gob’s Grief, Chris Adrian explores the turbulent political, cultural, and social reforms of the immediate post-Civil War era through the lens of personal loss–specifically, the loss of dead brothers. Gob Woodhull, fictional son of agitating feminist Victoria Woodhull, suffers from intense grief and guilt after not running away to war with his twin brother Tomo, who dies at Chickamauga. Deciding that he must perform the impossible, Gob sacrifices his pinkie finger (and much more!) to a sinister, cave-dwelling magical being called the Urfeist, who takes young Gob on as an apprentice. Under the Urfeist’s tutelage, Gob begins designing and building a Frankenstein machine that will bring both his brother and all of the dead back to earth. Gob describes his machine and its purpose:

The Urfeist agrees with Gob’s strange logic, explaining just what’s in it for the dead:

Unhappiness is the lot of the spirits. They are denied bodily delight, but they are creatures of desire. Desire is all that’s left to them. They want to live again! They want to be with you, all you desolate millions. How will you live without them? How will they continue without you? What sort of heaven can there be when brothers are apart?

Aiding Gob, often against their better judgment, are Walt Whitman (yes, that Walt Whitman), Will Fie, and Maci Truffant; both Will and Maci have also lost brothers in the Civil War, and these fraternal ghosts literally haunt them. Whitman too has lost a brother, but the poet more keenly misses Hank, a young man who Whitman becomes very attached to while volunteering at a hospital. Although Hank dies, his voice remains in Whitman’s head. Walt, Will, and Maci all make unique contributions to Gob’s bizarre machine. Maci serves as an engineer, Will as a visionary builder, and Walt, “the Kosmos,” serves as the battery that powers the strange, mansion-sized contraption. Added to the mix is Pickie Beecher, an unearthly little kid birthed during an early trial run of the machine.

The novel is divided into three distinct sections, each focusing on the different perspectives of Walt, Will, and Maci, and the most interesting moments of the narrative are when the events overlap, revealing the differences between these characters (the first section, focusing on Walt Whitman, is easily my favorite; it even made me go back and reread portions of Leaves of Grass). Adrian also employs interchapters focusing on young Tomo running away to the war and the Urfeist’s education of Gob. At times, this structure is fascinating, but it often gets in the way of characterization and detail: at nearly 400 pages, Gob’s Grief is a fairly long book, but it feels like it should be much longer. Adrian is fascinated with the cultural, economic, and social upheavals that preceded the Gilded Age, but much of the fine tuning seems edited away in favor of repeated descriptions of, uh, grief (at a certain point, I wanted to yell, “Okay–I get it! He’s mourning! He’s sad! Move on”). I also found the elements of magical realism, particularly the backstory of the Urfeist, to be underdeveloped, often overshadowed by a concern for the tropes of historical fiction.

Still, in Gob’s Grief, Adrian conveys a marvelous aplomb rare in debut novels, a promise he lives up to in his fantastic follow-up The Children’s Hospital (Pickie Beecher shows up again in that novel, and its main protagonist, Jemma Claflin, is a descendant of Woodhull). In all likelihood, Adrian will continue to perfect his craft. And while we’re waiting for his next great novel, we can read A Better Angel, a collection of short stories set to drop this August. 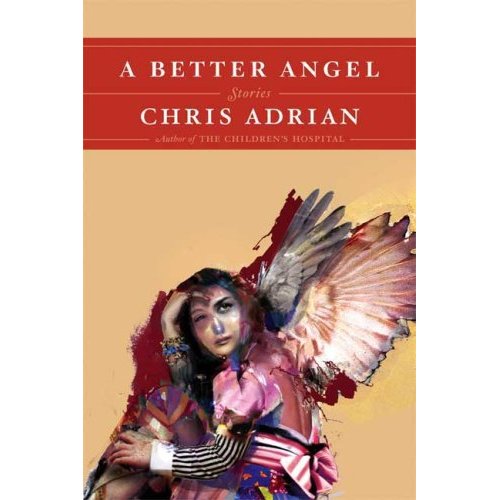