The stack of promo copies and galleys at Biblioklept World Headquarters has built to an unmanageable and untenable tower of tasks that we are simply not up to of late. It’s not like we’re not reading, but we do have a day job! While we do request certain new books from publishers, most of what comes into our esteemed hallows is unsolicited, and a lot of it is honestly pretty dull stuff. However, we have a tidy little pile of new books that we’re going to read in full as soon as we can get to them, and it seems only right to share with our Esteemed Readers in a timely manner. 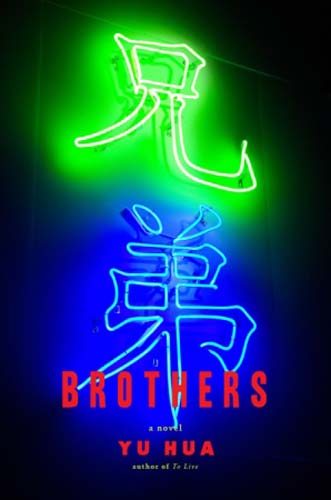 First up is Chinese author Yu Hua’s titanic Brothers, the engrossing and often ribald story of two step-brothers, Baldy Li and Song Gang. Brothers moves from the quiet village life of the brothers’ native Liu Town, through the Cultural Revolution, and into China’s contemporary economic and technological boom. At over 600 pages, the novel seemed a bit daunting, but we read the first 50 pages at a steady clip. Honestly, Yu Hua had us at the fourth page, when Baldy Li indulges in a bit of nasty voyeurism in a public restroom. Check the pithy wisdom:

Nowadays women’s bare butts aren’t worth much, since they can be found virtually everywhere. But back then things were different. It used to be that women’s bottoms were a considered a rare and precious commodity that you couldn’t trade for gold or silver or pearls. To see one, you had to go peeping in a public toilet . . .

We’re really enjoying Brothers so far, and the book seems destined to break Yu Hua’s funny and poignant voice to a Western audience. Here’s a pretty cool in-depth profile on Yu Hua by the New York Times. Full of weird vignettes, crude humor, and a frank look at a very different culture, we think this will be one of the highlights of 2009. Brothers is now available in hardback from Pantheon Books. 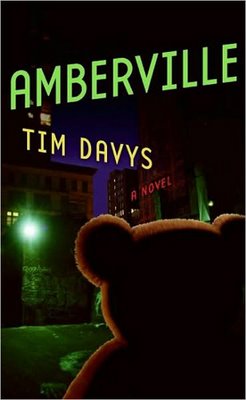 We’re not really big fans of detective noir, but Tim Davys’s Amberville seems to do the genre justice despite its big twist–the characters are all stuffed animals. In Davys’s debut novel, dark secrets from Eric Bear’s past come back to haunt him and challenge his legit prominence as a high-powered ad exec. The first two chapters were okay–Davys certainly has his noir tropes and rhythms down–but we had a hard time getting over the stuffed animal conceit. Still, readers who like their noir twisted–or fans of fantasy may get a kick out of Amberville, available now in hardback from HarperCollins.

New in paperback next month from Anchor Books, Mitch Cullin’s novel The Post-War Dream tells the story of two retirees in Arizona. After his wife Debra becomes gravely ill, Hollis finally confronts the trauma of his past, rooted in his experiences as a soldier in the Korean War. We have to admit that the plot description sounded a bit…hmmmm… “not our speed” would be a polite way to put it, we suppose (honestly, the idea of reading about an old married retired couple didn’t sound that interesting), but the first three chapters were very good, a bit strange, and intriguing enough to keep us going. Plus the book is dedicated to Howe Gelb–how weird is that? Those unfamiliar with Cullins might know his novel Tideland from its film adaptation a few years ago by Terry Gilliam. Those unfamiliar with Terry Gilliam have our permission to give up.