In the past few years we’ve seen a spate of books where public domain characters and historical figures feature in supernatural tales, usually written in an ironic, or at least parodic mode. It seems like a heavy percentage of these books are mixed up somehow with Jane Austen, whose legacy has become grist for a literary cottage industry, with a new “re-imagining” of Pride and Prejudice or Sense and Sensibility coming out every season. Last year, Michael Thomas Ford offered the public the mix of Jane Austen and vampires we had been so desperately clamoring for, Jane Bites Back. By way of a little more context (and pure laziness), I’ll quote Biblioklept’s review of Ford’s novel–

Jane Bites Back reveres its subject, Jane Austen, even as it blatantly cashes in on the very trend that it satirizes. The book’s program shouldn’t be confused with the absurdity behind Sense and Sensibility and Seamonsters (which we liked) or the wackiness of Pride and Prejudice and Zombies (which we didn’t like), but it does adhere to the same sense of fun. Ford seems to delight in corny, over the top passages, and we’ll take it for granted that his literary tongue is in his cheek . . . 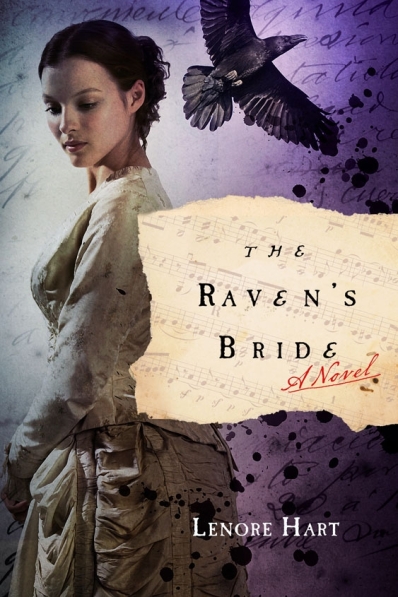 Jane’s editor decides to become an agent and leaves her with Jessica Abernathy (evil nemesis in Batty); Jane has to run constant interference on her wacky/charming friend Lord Byron (also a vampire, of course); etc., etc., etc. The most ridiculous/campiest plot device of all though is that Jane is converting to Judaism to please her boyfriend Walter’s judgmental mom. Yes. That’s right. We also learn that Jane played Magenta in a traveling production of The Rocky Horror Picture Show in the seventies, a minor detail to be sure, but one that seems to reinforce Ford’s whimsical kitsch. Batty aims for a kind of sassy brevity in its scene constructions, and while its certainly not a book for me, I think that those who want to see Jane Austen as a 21st century vampire will probably enjoy it quite a bit. Jane Goes Batty is new in trade paperback from Ballantine.

Lenore Hart’s novel The Raven’s Bride tells the story of the marriage of Edgar Allan Poe from the viewpoint of his child-bride/cousin Virginia “Sissy” Clemm. The decidedly tragic arc of their union is set against a supernatural backdrop — and an often morose tone. While The Raven’s Bride takes liberties with history, it seems well-researched and faithful enough to its subject. Compared to Ford’s campy take on the supernatural, Hart’s novel seems a bit too self-serious, but again, I’m hardly the audience for this book. Still, I suppose the tale of an alcoholic horror writer’s incestuous/underage marriage might have been easy fodder to exploit, yet Hart focuses a keen sensitivity on her characters, particularly her narrator Sissy, Poe’s muse demystified. While Poe buffs will know how the story turns out, those interested in reviewing Poe’s marriage through a new perspective may want to check out The Raven’s Bride, new in trade paperback from St. Martin’s Griffin.

4 thoughts on “Romantic Remixes: We Look at Jane Goes Batty and The Raven’s Bride”