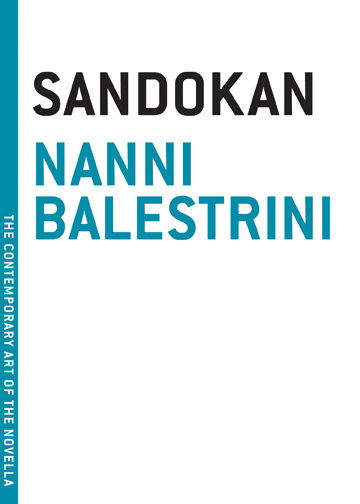 Nanni Balestrini’s novella Sandokan, in English translation from Melville House, tells the story of the rise of the Camorra crime syndicate in the small, poverty-stricken cities around Naples. Balestrini’s unnamed narrator occupies a fascinating insider-outsider perspective: one one hand, he, unlike many of his peers, does not join the gang, or “clan,” as its called–in fact, their behavior repulses him. On the other hand, he’s a native of the small town where Francesco Schiavone (aka Sandokan), Antonio Bardellino, and their henchman rule mercilessly, an eye-witness to the brutality and inhumanity of organized crime. The narrator is a sensitive young man who delineates clearly how the crime cartel was able to achieve such economic prosperity and power in the 70s, 80s, and 90s, detailing the various rackets the clan imposed upon the town, like stealing elections, peddling drugs, and manipulating the agribusiness that is the main source of income for average Neapolitan peasants. The narrator also explores why these small towns fall so easily into the terror of organized crime. The main reason: boredom stemming from little or nothing to do.

Balestrini’s narrator’s description of the Camorra is systematic, detailing the awful history and brutal practices of the syndicate in spare, concrete terms. His explications of the clan’s violence is not so much thrilling as  it is ugly, as the narrator always shows how “normal people” (his words) are cheated, killed, or otherwise harmed by the Camorra. The narrator’s tone is often journalistic but never clinical; he always shows what’s at stake for the “normal people,” how they are affected by these crimes. At times the narrator is wryly funny, a tone that results in large part from his observation that the townspeople, the people he grew up around, begin to normalize the violence. It becomes part of their daily lives and affects them so directly that it becomes casual, and the sensitive narrator is one of only a few not to bow to it, ignore it, or take part in it–yet the violence and crime is so overwhelming that to live with it is to live with absurdity. Balestrini employs a punctuation-free rhetorical style in Sandokan that captures the breathless energy and frustration of the narrator. While many readers might balk at the lack of commas, periods, or semi-colons, I found the technique quite liberating. It enhances the immediacy of the narrator’s voice, the rushed sense of importance to his tale. It also promotes sustained readings of the text–I read most of Sandokan in three enthralled sittings.

Sandokan has its cinematic twin in the 2008 film Gomorra, directed by Matteo Garrone. The film, like the book, illustrates the affect that crime has on a range of “normal people,” mostly occupants of a housing project outside of Naples. As in Sandokan, the ordinary citizens find that they have no choice but to choose between sides as an absurd, petty gang war ravages their already decimated landscape. Where Balestrini’s punctuation-free rhetoric allows readers closer access to his narrator’s pathos-driven story, Garrone lets his camera wander freely over the grim landscape without ever imposing any clear narrative structure. It is not until the film’s final third that the five disparate stories he tells coalesce, and even then, it remains unclear who is on whose side. What is clear is that the violence and crime is quickly stealing–and killing–another generation.

In an age where violence is sensationalized and glamorized, particularly in gangster films and TV shows (do I really need to list them?), Sandokan and Gomorra both lay bare the Darwinian cost of crime. In both narratives, the violence is mundane and inescapable, meaningless yet awful, and very, very dark. Neither narrative is didactic in the least–or even hopeful, for that matter–but their is an implicit suggestion that if only there were some alternative to the Camorra–libraries, social clubs, movie houses–there might be another prospect for the young people in this area.

[Ed. note: Biblioklept published a version of this review in January of 2010]