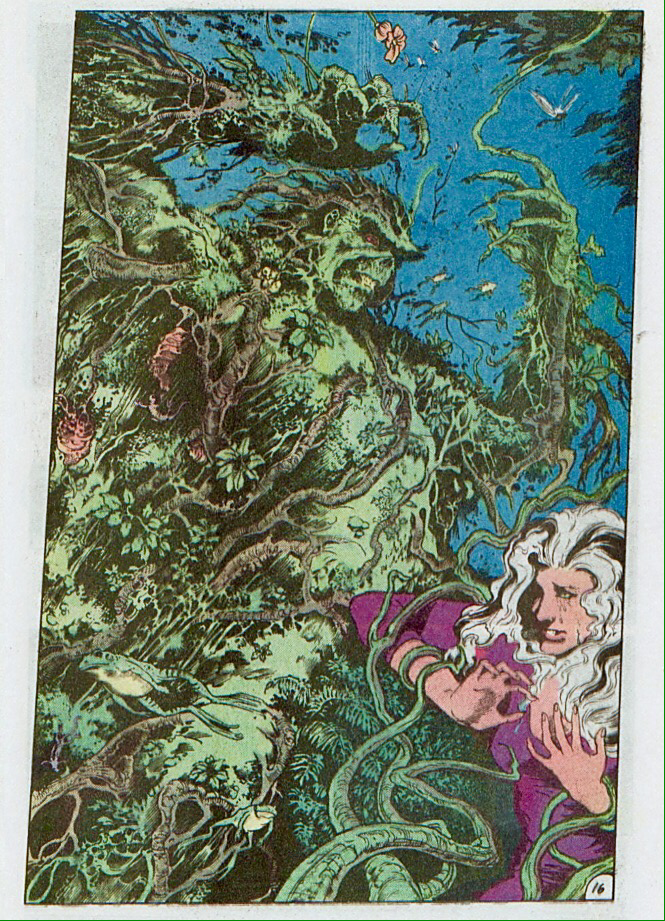 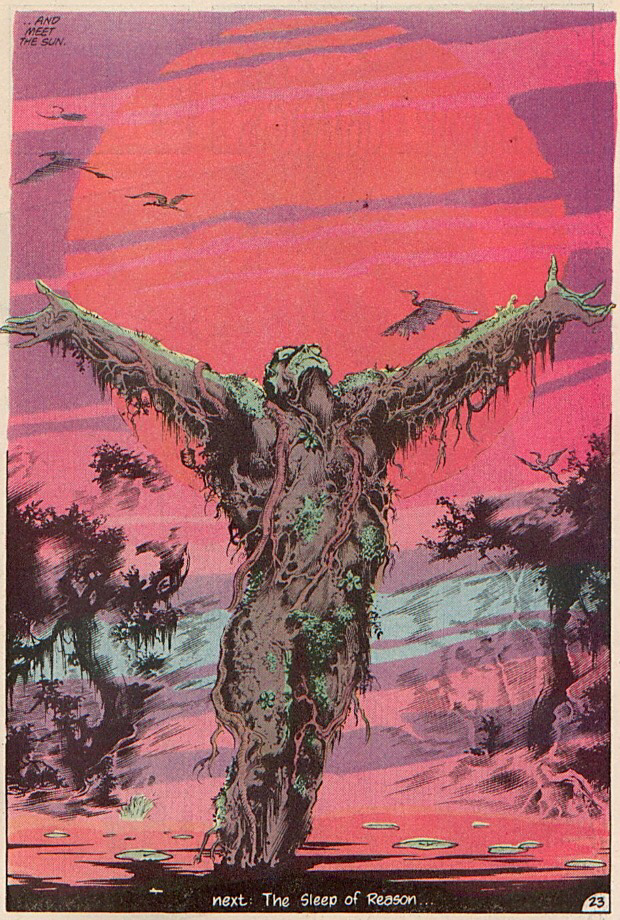 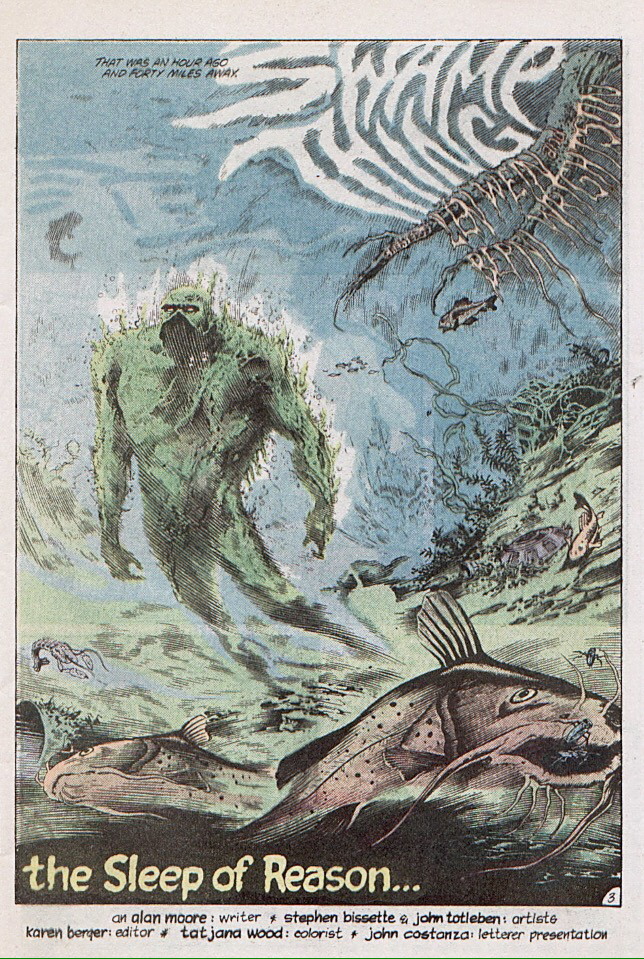 Pages from issues 23, 24, and 25 of  The Saga of the Swamp Thing, 1984. Art by Stephen Bissette and John Totleben; coloring by Tatjana Wood. Script by Alan Moore.

I’ve been rereading Moore’s run on Swamp Thing and am amazed anew at the comic’s cinematic construction, moody tone, and mix of simplicity and depth in storytelling. Wood’s moody, atmospheric coloring is unlike anything I can think of in contemporary 1980’s “superhero” comics, and Swamp Thing’s detailed contours seem impossible without Totleben’s intricate inking. I plan to write a “thing” on Moore’s Swamp Thing era down the line, but for now, I’m surprised at now just how well it holds up, but how well-constructed the team’s efforts were, right out of the gate on the early issues.