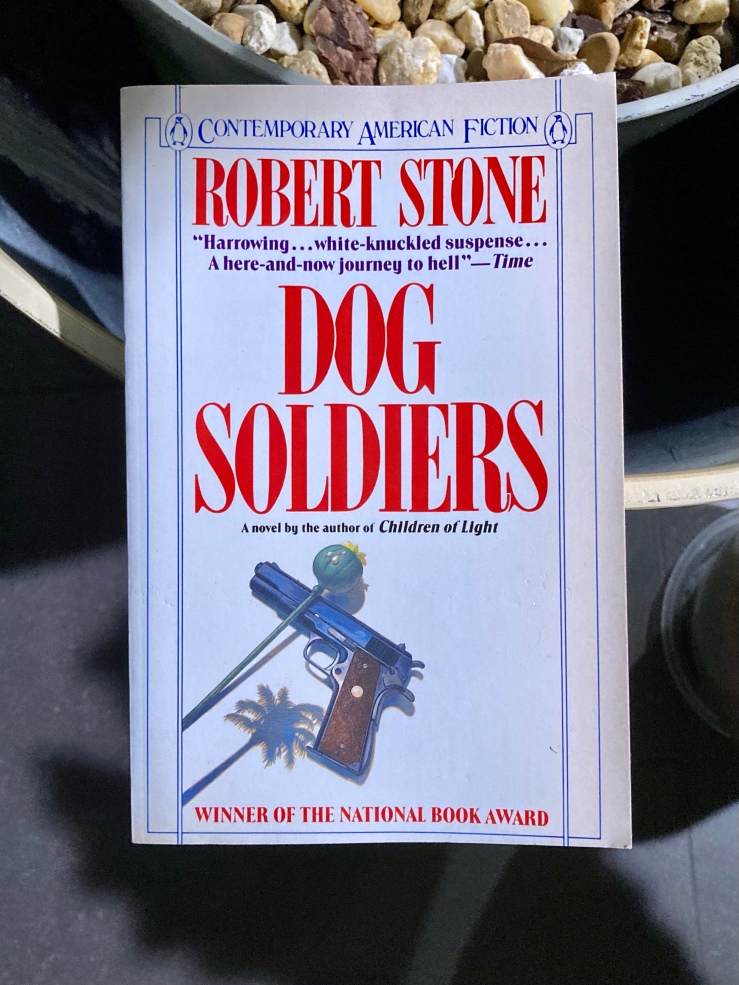 I’ve been looking for a copy of Robert Stone’s 1974 novel Dog Soldiers for a little over a year now. By looking I mean scanning over the Robert Stone section (dude has his own little placard) of my beloved used bookshop, seeing literally dozens of copies for pretty much every Stone book except Dog Soldiers.

My interest in the novel I owe to the late great freight date David Berman, who reportedly repeatedly said it was his favorite novel. The guitarist William Tyler–whom I did not get to see play with Steven Gunn earlier this year, way back in March, way back in early COVID days—attests that Berman “told me his favorite novel was Dog Soldiers by Robert Stone.” I think I also heard that Dog Soldiers was Berman’s fave from the writer John Lingan, probably on twitter, although the detail is not included in his fantastic 2019 profile of Berman. And Berman mentioned the book in his Reddit AMA as part of his answer to book recommendations for someone starting college:

Poetics of Space by Gaston Bachelard

Anatomy of Melancholy by Robert Burton

Anyway…I found Dog Soldiers, finally, today. I stopped in quickly to pick up two novels for my son, whose reading virility is through the roof now—dude reads like 600 pages a week—and I had a few minutes before I needed to attend my carpool duties and, finally, today, I read Dog Soldiers. I think I’ll read it next, and maybe write something about it here—something not about Berman, but who knows.