After three months of summer vacation, I had to go back to work on Monday. Yet even as I write this, the immortal classic Back to School airs on Comedy Central, reminding me of my commitment to education. Any moment now, Kurt Vonnegut will show up to help Thornton Melon pass Dr. Turner’s English class (weird convergence: ten years after Back to School, Keith Gordon–Jason Melon, the diver, Rodney’s kid–directed a version of Vonnegut’s Mother Night. My college roommate and I watched it when it came out, but I don’t really remember any of it). 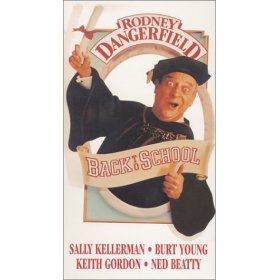 Anyway, I promise to recover and get back to the semi-daily blogging (any semi-day now): I’ve been reading Joyce’s Ulysses; I’ve also read a couple of graphic novels; I’m hoping to get around to watching Inland Empire and letting you know what I think. So there’s that.

For now, AV Club has a pretty good interview with ‘klept favorite William Gibson up today. We forgive him for All Tomorrow’s Parties. And Idoru. And even the Johnny Mnemonic movie. Who knows–maybe his upcoming novel Spook Country won’t be half bad. 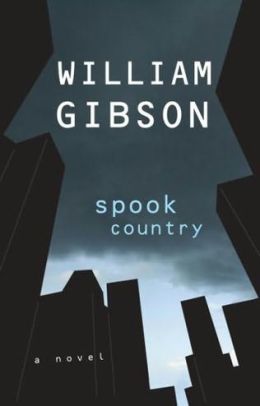 3 thoughts on “Back to School, Wm Gibson, Promises, Promises, and General Malaise”