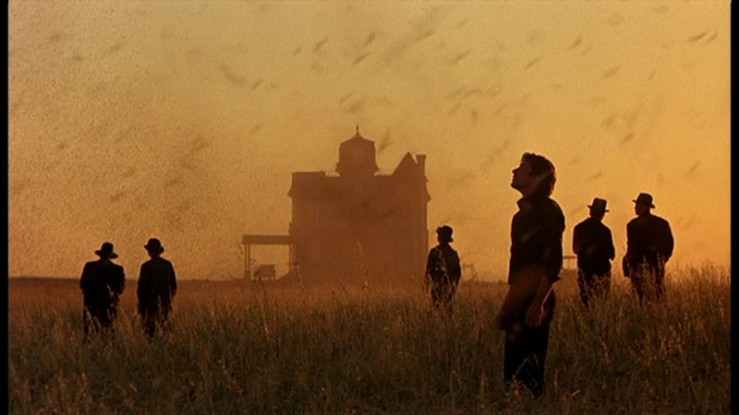 At a scant 93 minutes, Terrence Malick’s Days of Heaven is a paradoxically epic film, condensing the strange joy and bitter disappointments of four lives into something beautiful and marvelous. Days of Heaven is the story of three itinerant workers, Bill (Richard Gere), his girlfriend/common law wife Abby (Brooke Adams) and her younger sister Linda (a young Linda Manz, who is amazing in the role. She would go on to star in Out of the Blue and, uh, Gummo). Bill and Abby pretend that they are brother and sister because, as Linda (whose rambling introspection approximates narration) puts it, “people will talk.” The trio flees from Chicago after Bill kills a man, and soon find a job harvesting wheat in Texas for a rich farmer (Sam Shepard). The farmer, diagnosed with a terminal illness, falls in love with Abby. Bill encourages her to marry the farmer; he hopes that the rich man will die soon and that they will inherit his wealth. Jealousy, shame, confusion, and rage follow. 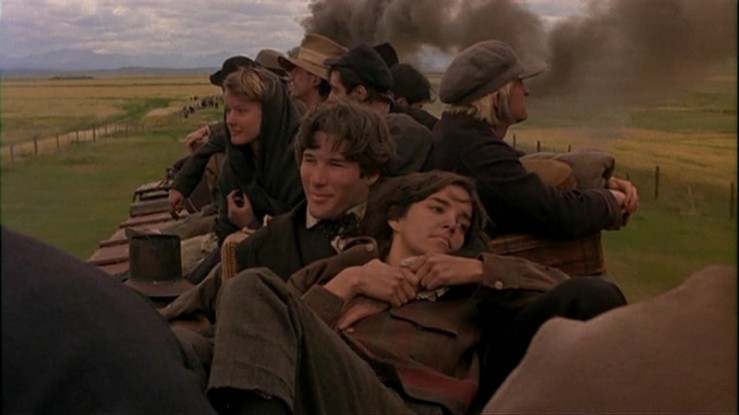 Days of Heaven seems much longer than its running time, and I mean this in a good way. Like Malick’s other films (Badlands, The Thin Red Line, The New World) it is not the seemingly improvised dialog that propels the narrative. Instead, Malick lets the story unfold in an impressionistic layering of images. Linda provides a voice over that occasionally gives a key insight to the desires of her sister/mother, brother/father, or even the farmer, but she’s just as likely to declare that she’d love to become a “mud doctor” and learn about the science of soil. And while the film has a strong and complex human, emotional core, like Malick’s other movies, it is very much a nature film, brimming with gorgeous shots of the farm, wild antelope, fowl, and other beasts. Malick’s lush shots make the Texas panhandle seem exotic, and Ennio Morricone’s masterful score is never obtrusive. This is a perfect film, and it’s a little sad to me that two whole decades passed between its release and The New World–but I suppose perfection and prolificness are not necessarily concomitant states. Let’s hope that Malick’s upcoming film, Tree of Life doesn’t take another twenty years to hit theaters. Highly recommended.

3 thoughts on “Days of Heaven–Terrence Malick”