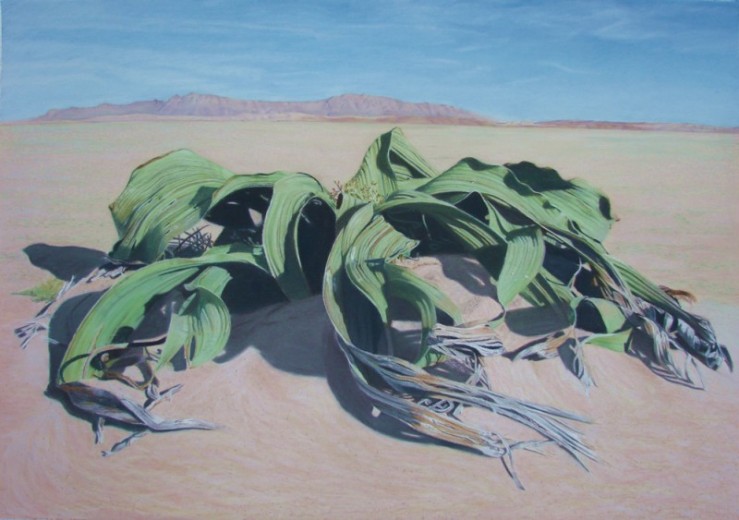 It was nonsense, Dr Vrba continued, to study the emergence of man in a vacuum, without pondering the fate of other species over the same time-scale. The fact was that around 2.5 million, just as man took his spectacular ‘jump’, there was a ‘tremendous churning over of species’.

‘All hell’, she said, ‘broke loose among the antelopes.’

Everywhere in eastern Africa, the more sedentary browsers gave way to ‘brainier’ migratory grazers.  The basis for a sedentary existence was simply no longer there.

‘And sedentary species,’ she said, ‘like sedentary genes, are terribly successful for a while, but in the end they are self-destructive.’

In arid country, resources are never stable from one year to the next. A stray thunderstorm may make a temporary oasis of green, while only a few miles off the land remains parched and bare. To survive in drought, therefore, any species must adopt one of two stratagems: to allow for the worst and dig in; to open itself to the world and move.

Some desert seeds lie dormant for decades. Some desert rodents only stir from their burrows at night. The weltwitchia, a spectacular, strap-leaved plant of the Namib Desert, lives for thousands of years on its daily diet of morning mist. But migratory animals must move – or be ready to move.

Elizabeth Vrba said, at some point in the conversation, that antelopes are stimulated to migrate by lightning.

‘So’, I said, ‘are the Kalahari Bushmen. They also “follow” the lightning. For where the lightning has been, there will be water, greenery and game.’

From Bruce Chatwin’s novel/memoir/travelogue The Songlines. The image is Welwitschia by Louise Nienaber.