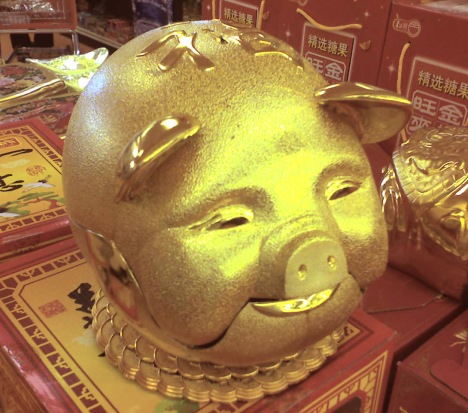 Not only does the end of each year bring ugly barefaced consumerism, nightmare traffic, and hellish stress, it invariably leads up to oodles of lists, hierarchies, rankings, and tabulations. We here at Biblioklept are not above marshaling the cultural detritus of the year into our own list, as follows. But before we even get to all that, I have to say that The Year of the Golden Pig (whether it was really a Golden Pig year or not) was a wonderful and special year for me, thanks to the birth of my lovely little girl. So: very good year.
Best Fiction Book I read in 2007 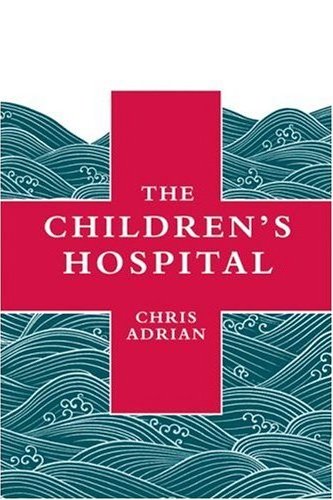 This is really tough, because I read so many great books this year. Cormac McCarthy’s The Road really stuck with me, and although I thought the end was a cop-out, I found myself thinking about the book constantly and rereading it in bits and pieces. For sheer entertainment, I also really enjoyed Chris Bachelder’s US! I also read or reread most of James Joyce’s oeuvre, and I really did enjoy Ulysses, despite the torture it put me through, and I can’t leave it out of this group. Still, I have to give the award to a book published last year, Chris Adrian’s astounding and astonishing The Children’s Hospital, a book so good that I actually had to stand up to read it at times.

Best Nonfiction Book I read in 2007

Although Consider the Lobster, David Foster Wallace’s “sequel” to his hilarious collection of essays A Supposedly Fun Thing I’ll Never Do Again, isn’t quite as funny as that earlier book of essays, it shows a maturation of scope and a control of language that I would’ve thought impossible ten years ago, simply because DFW has been such a master of words from the outset of his writing career. Great book.

Denis Johnson’s Tree of Smoke was the best book I read all year, although it’s only fair to point out that I listened to the audiobook–maybe I should put quotation marks around read, or just use the verb listen instead. In fact almost all of the books published in 2007 that I…uh…”read” were audiobooks, including two of the bigger releases this year, Michael Chabon’s The Yiddish Policemen’s Union and Jonathan Lethem’s You Don’t Love Me Yet. Which brings us to…

Most Disappointing Book of 2007

Jonathan Lethem’s You Don’t Love Me Yet was pretty awful.

Tie: Children of Men (yeah, I know it came out in 2006–I saw it in 2007 though) and Superbad. If you were to make a graph of emotional matrices, these two films would probably fit quite comfortably at ends opposite of each other. Still, they have plenty in common–great stories, emotional impact, and most importantly, they meet the ultimate criterion for an excellent movie: they start out great and only get better. 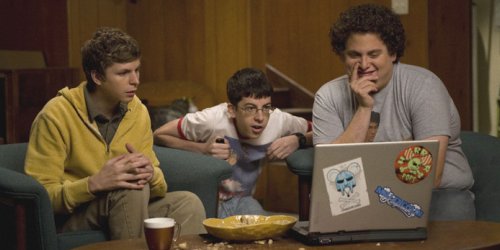 David Lynch’s INLAND EMPIRE. Watch it at night in the dark, preferably alone, preferably in the cold.

Most Disappointing Movie of 2007

Although it was by no means bad, I was disappointed in the Coen’s adaptation of Cormac McCarthy’s No Country for Old Men. It was a good movie–Javier Badem was fantastic, great pacing and tone–but still it didn’t blow me away like, say, Fargo or Blood Simple or Miller’s Crossing did. Ditto Werner Herzog’s Rescue Dawn. Chalk it up to hyperbolic expectations, I guess. Maybe I need to watch these films again on DVD and reconsider.

This is always a tough one, and there were plenty of great albums that came out this year. Late in the year I found myself unexpectedly in love with The National’s Boxer, a serious album that’s still growing on me like a weird moss. Battles’s Mirrored was superb; I found myself listening to James Blackshaw’s The Cloud of Unknowing whenever I wanted my mind to mush out; Menomena’s Friend and Foe was the perfect soundtrack for a long drive; the psychedelic progrock of Frog Eyes’s Tears of the Valedictorian made me itch in a good way; and with Strawberry Jam, Animal Collective finally let us know what they were singing. Fiery Furnaces, my favorite band, put out Widow City, their most “rock” album to date, a great collection of songs about widows and hieroglyphics and mysticism and bored Spanish royals and automatic husbands and perverts in Japanese slippers. But if I had to pick just one album of the year, it would have to be Panda Bear’s Person Pitch, a gorgeous pastiche of loveliness that I consistently put on repeat. Bring your own harmonies and sing along.

Just when I’d given up on Outkast–what with Big Boi doing that awful Caddyshack ripoff and Andre busy with his silly cartoon–they show up on UGK’s “International Players Anthem,” easily the best track of the year. From Andre’s opening meditation on the virtues of commitment to the final verse’s warnings about Paul McCartney’s messy divorce, this song is pure magic. The death of Pimp C earlier this week adds a darker shade to the poignancy and sweet nostalgia of “International Players Anthem.”

…and of course, I can’t leave this out.

Most Disappointing Album of 2007

I haven’t been interested in Blonde Redhead in years, really–chalk it up to a sense of propriety stemming from following them since their earliest (and best) albums (and 7″s!)–but 23 was a dreadful bore. Ditto the Sea and Cake’s Everybody: even the addition of a few fuzzy edges couldn’t muddle the Chicago quartet’s vanilla smoothiness. But it was Smokey Rolls Down Thunder Canyon, Devendra Banhart’s follow up to 2005’s Cripple Crow that stood out as the biggest disappointment. Banhart’s unfocused, overblown, tossed-off collection of songs copped riffs left and right without adding anything new or inventive. My wife reviewed the album best while riding in the car with me: “Why are you listening to The Doors?”

I love NBC’s 30 Rock so much that I wanna take it out behind the middle school and get it pregnant.

Flight of the Conchords is hilarious. That’s lousy writing/reviewing, but it’s true: the show is just really really funny. You should watch it. You’ll like it a lot (unless there’s a yawning abyss where your soul should be…)

Best Out of Control Local News Appearance of 2007

With a body like that, Putin can curtail my civil liberties any time!

When he’s not terrorizing bands in the studio, making awesome Christmas albums, or just having a few tequila drinks with a lady friend, Phil Spector takes time out to make sure that he’s looking fine and dandy like cotton candy.

Most Enjoyable Blog of 2007

I’ve looked forward to and greatly enjoyed each entry in Nathan Rabin’s ambitious project My Year of Flops over at the Onion AV Club. Is it too much to ask him to do this again in 2008?

Most Addictive WordPress Blog of 2007

I Can Has Cheezburger. Our lives were so empty before Lolcatz.