Meinhold pretended that The Amber Witch was the true story of a seventeenth-century minister’s daughter falsely accused of witchcraft. Meinhold claimed he found the minister’s manuscript in the refuse of an old church. When the book received critical attention, Meinhold admitted to the hoax, but audiences didn’t believe him at first.

Welshman Edward Williams was widely considered a leading antiquarian and expert on the antiquities of the British Isles. After his death, however, many of his manuscripts were revealed to have been forgeries, including those produced by “Geraint the Blue Bard,” supposedly a ninth-century composer. Oh well. 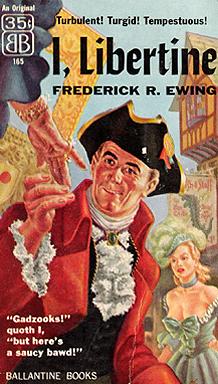 Proto-shock jock Jean “Shep” Shepherd perpetrated I, Libertine as a purposeful hoax. He told his radio audience to demand the (non-existent) book by the (non-existent) author “Frederick R. Ewing” from their local booksellers, and even fabricated a basic plot for listeners to in turn relate (he even included the salacious detail that the book had been banned in Boston). Publisher Ballantine hired sci-fi scribe Theodore Sturgeon to write the book from Shepherd’s outline, and the book was published very soon after. All proceeds went to charity. 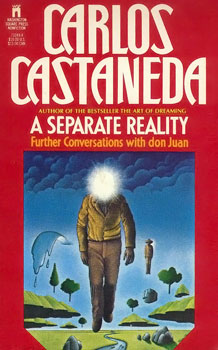 The debate around Castaneda’s series of “memoirs” in some ways gets to the heart of the problems of truth and invention, facts and authenticity, experience and memory. Castaneda claimed that he trained under Don Juan Matus, a Yaqui Indian sorcerer. Part of that training included taking massive amounts of psychotropic drugs like peyote as a means to “see” the energy of the universe. Don Juan Matus’s actual existence is questionable at best, but hey, when you’re doing large quantities of peyote, who knows what, like, truth is, man. 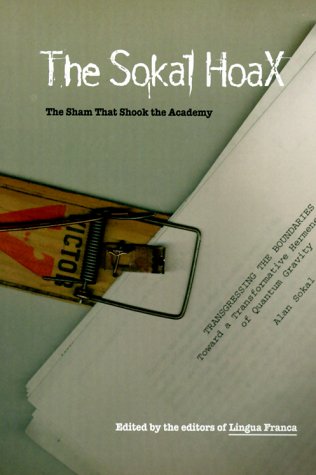 “Transgressing the Boundaries: Towards a Transformative Hermeneutics of Quantum Gravity”– Alan Sokal (1996)

Disgusted with a perceived slackness and ineptitude in modern academia, Dr. Alan Sokal published a paper full of nonsensical gibberish in Duke University’s cultural studies journal Social Text. The same day the essay was published, he announced the hoax in the journal Lingua Franca. Ouch. Biblioklept wrote a post about the incident a few years ago, if you’re interested. 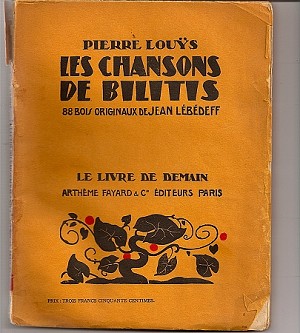