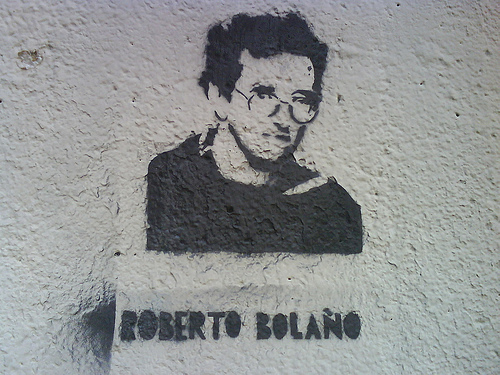 Roberto Bolaño on lost books. From Between Parentheses:

To search for those copies or similar copies, the same font, the same layout, the same plot, the dark or bright syntax, somehow forces me to remember a time when I was young and poor and careless, though I know that the same copies, the exact same ones, will never be found, and to set myself to such a task would be like marching into Florida in search of El Dorado.

Even so, I often browse used bookstores, sorting through stacks of books left behind by others or sold in a dark moment, and in corners like these I try to find the books that I lost or forgot more than thirty years ago on another continent, with the hope and dedication and bitterness of those who search for their first lost books, books that if found I wouldn’t read anyway, because I’ve already read them over and over, but that I would look at and touch just as the miser strokes the coins under which he’s buried.