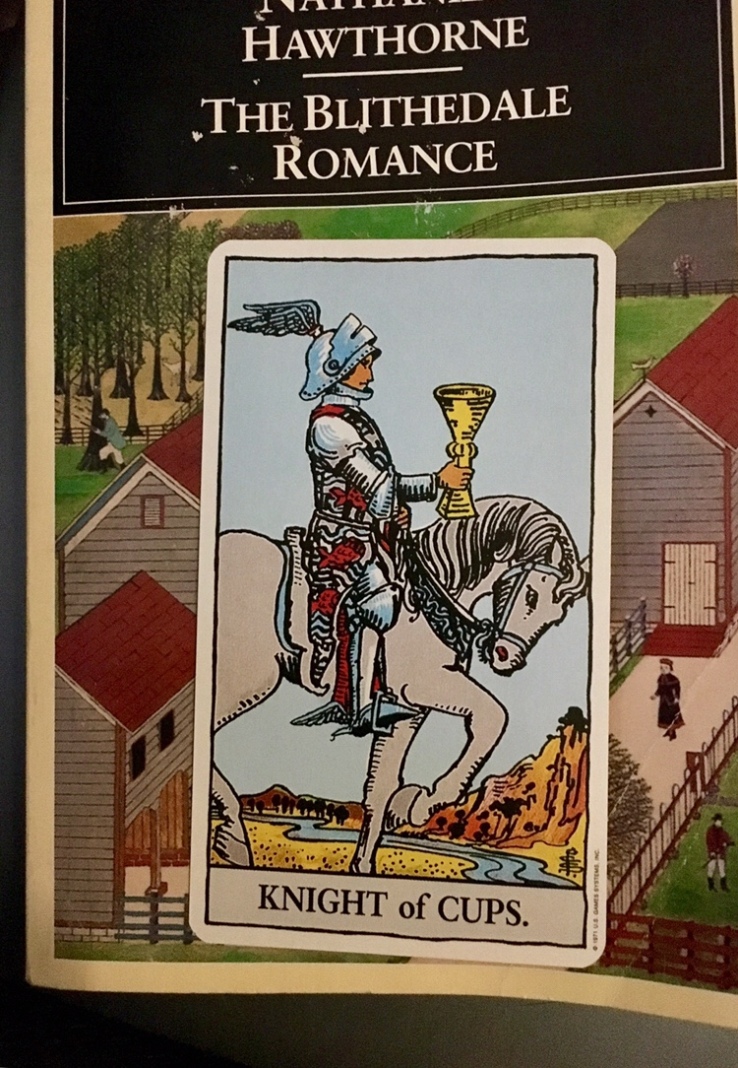 I hit Chapter XII of Nathaniel Hawthorne’s novel The Blithedale Romance this afternoon and was delighted by some lines from its first paragraph, wherein Our Narrator Coverdale retreats to a little fort he’s made in the woods:

Long since, in this part of our circumjacent wood, I had found out for myself a little hermitage. It was a kind of leafy cave, high upward into the air, among the midmost branches of a white-pine tree. A wild grapevine, of unusual size and luxuriance, had twined and twisted itself up into the tree, and, after wreathing the entanglement of its tendrils around almost every bough, had caught hold of three or four neighboring trees, and married the whole clump with a perfectly inextricable knot of polygamy.

I was deeply disappointed that the version of myself who had read this same physical copy of The Blithedale Romance almost 15 years earlier had failed to muster a single annotation on the passage (despite having left like 10,000 other scratches and loops on the yellow pages).

Hawthorne’s naturalism is fantastically naturalistically fantastical. The wild grapevine he conjures here that “married the whole clump with a perfectly inextricable knot of polygamy” is simultaneously a physical entity “wreathing” itself around the surrounding trees and at the same time a metonymy for the Bacchic spirit that pulls the souls of Blithedale into a weird marriage, an “inextricable knot of polygamy.” Hawthorne’s image points to exuberant and wild joy on one hand, but also to the thick bonds that tightly tie desire down in any moral system. The grapevine image serves as shorthand for the entire novel, underlining the push-pull tension of the narrator’s (and author’s!) conflict between Puritanism and Transcendentalism. The “inextricable knot of polygamy” is wonderfully pure in its impurity, in its radical transcendence.