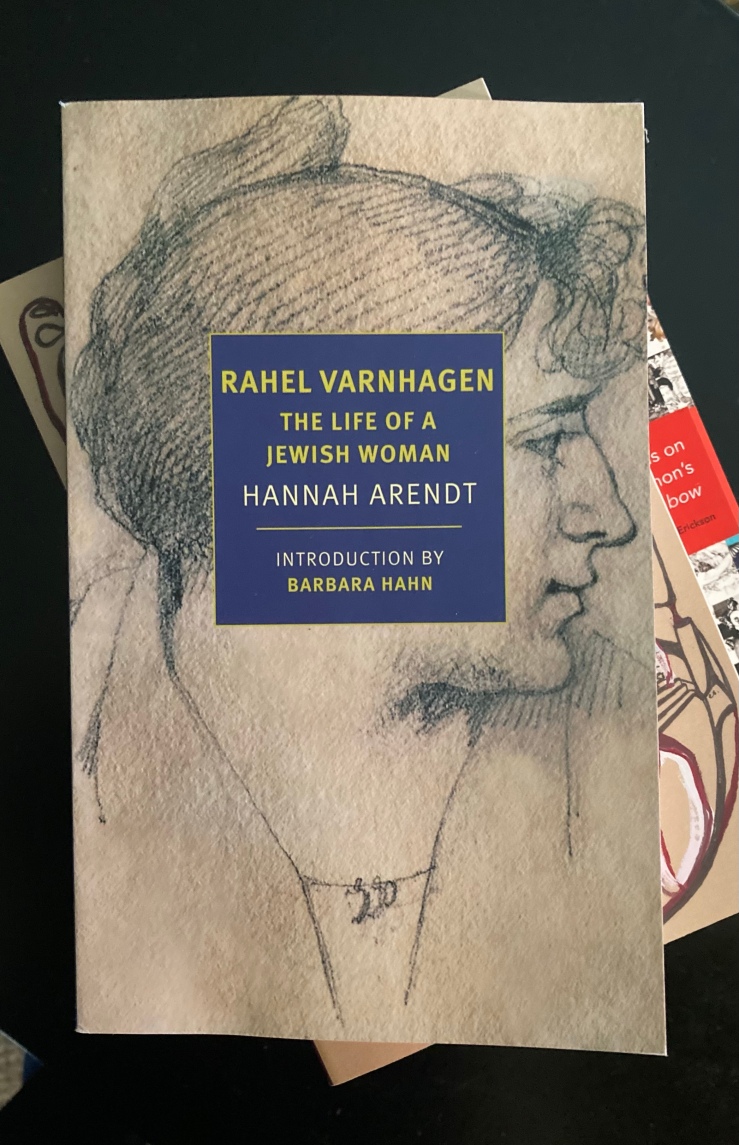 Hannah Arendt’s Rahel Varnhagen: The Life of a Jewish Woman is forthcoming from NYRB (in translation by Clara Winston and Richard Winston, and with an introduction by Barbara Hahn). NYRB’s blurb:

Rahel Varnhagen: The Life of a Jewish Woman was Hannah Arendt’s first book, largely completed when she went into exile from Germany in 1933, though not published until the 1950s. It is the biography of a remarkable, complicated, passionate woman, and an important figure in German romanticism. Rahel Varnhagen also bore the burdens of being an unusual woman in a man’s world and an assimilated Jew in Germany.

She was, Arendt writes, “neither beautiful nor attractive . . . and possessed no talents with which to employ her extraordinary intelligence and passionate originality.” Arendt sets out to tell the story of Rahel’s life as Rahel might have told it and, in doing so, to reveal the way in which assimilation defined one person’s destiny. On her deathbed Rahel is reported to have said, “The thing which all my life seemed to me the greatest shame, which was the misery and misfortune of my life—having been born a Jewess—this I should on no account now wish to have missed.” Only because she had remained both a Jew and a pariah, Arendt observes, “did she find a place in the history of European humanity.”

2 thoughts on “Rahel Varnhagen: The Life of a Jewish Woman by Hannah Arendt (Book acquired, mid-January 2022)”