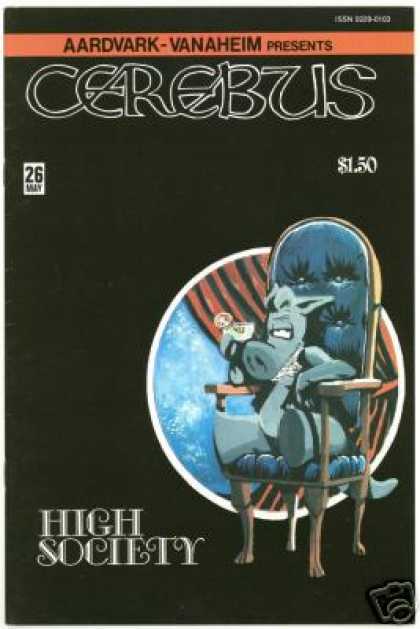 If you’re at all interested in reading any of Dave Sim’s epic 300-issue comic book Cerebus, a book chronicling the life–and death–of a misanthropic mystical barbarian aardvark, High Society is the best (and possibly only) starting point. High Society tells the story of Cerebus’s political adventures in Iest, the largest cosmopolitan city-state of Estarcion. Guided (or perhaps manipulated) by Machiavellian Astoria, Cerebus undertakes a strange, comic odyssey of political ascendancy, culminating in an election for Prime Minister (against Groucho Marx stand-in Lord Julius’s goat, of all things). Sim has a deft ear for political satire and the volume holds up particularly well to a rereading against the backdrop of the current American electoral process. While High Society conveys a certain cynical contempt for the cronyism, deal-making, and the general nasty malfeasance that underwrites politics, there’s also a reconciling of democracy, liberty, and art here that you could never find from a CNN analyst or a Fox News hack. By this point, the crude art and flubbed pacing that hampered the first few years of Cerebus are nowhere to be found. High Society is tightly-plotted, full of smart gags expressed in Sim’s keen lines, without an over-reliance on bubbles overstuffed with exposition. 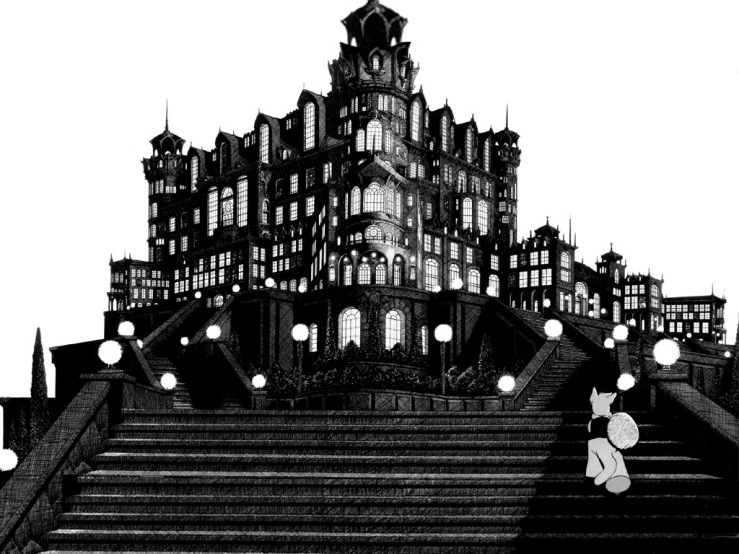 The book is funny without ever being light, and rereading it again, I was surprised at how moved–and exhilarated–I was by the conclusion. Although the parody of Marvel’s forgotten Batman ripoff Moon Knight doesn’t hold up very well, and the “sideways” issues at the end are an annoying (but interesting) experiment, High Society continues to deliver both laughs and insight about the political process over twenty years after its single-volume publication. Very good stuff, and highly recommended (read it along with/against the 2008 election).

(Strange aside that I couldn’t work into the piece–remember Ken Jennings? That guy who won Jeopardy! like, a year straight? According to his blog he’s a huge Cerebus fan). 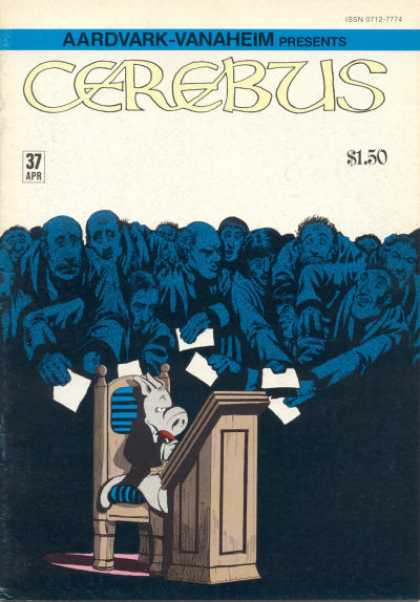