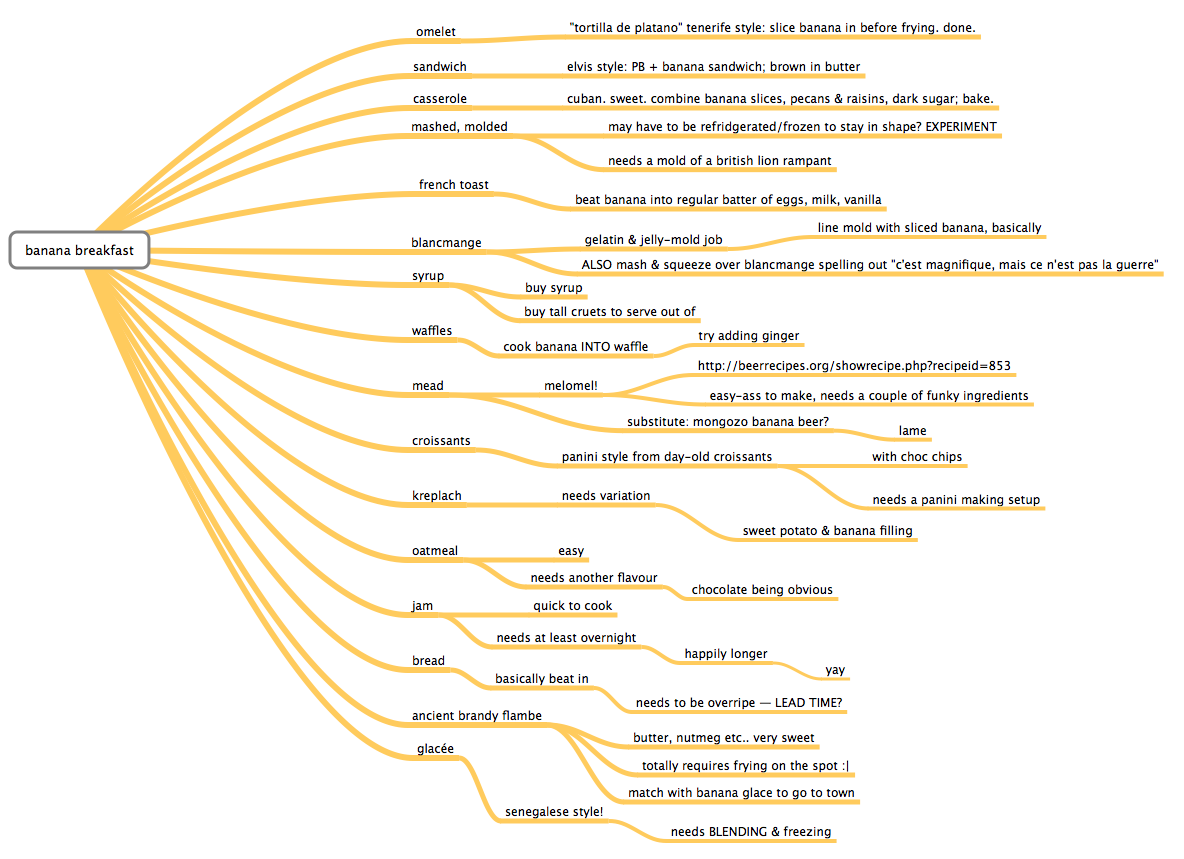 “You one of those right wing nut outfits?” inquired the diplomatic Metzger.Fallopian twinkled. “They accuse us of being paranoids.”“They?” inquired Metzger, twinkling also.“Us?” asked Oedipa. 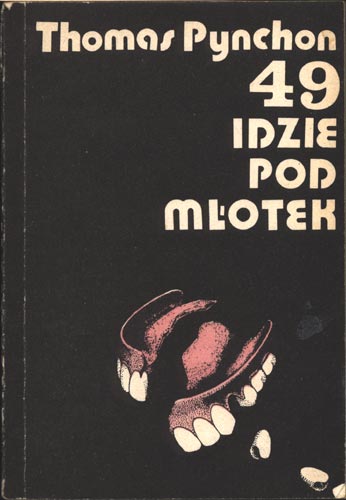 My review of Inherent Vice

The Crocodile, a traditional anarchist cocktail:

“I’ll be in the bar,” said Reef. Yzles-Bains was in fact one of the few places on the continent of Europe where a sober Anarchist could find a decent Crocodile—equal amounts of rum, absinthe, and the grape spirits known as trois-six—a traditional Anarchist favorite, which Loïc the bartender, a veteran of the Paris Commune, claimed to have been present at the invention of.

Our most distinguished living writer of narrative fiction—I don’t think you would quite call him a novelist—is Thomas Pynchon, and yet that recent book Vineland was a total disaster. In fact, I cannot think of a comparable disaster in modern American fiction. To have written the great story of Byron the lightbulb in Gravity’s Rainbow, to have written The Crying of Lot 49 and then to give us this piece of sheer ineptitude, this hopelessly hollow book that I read through in amazement and disbelief, and which has not got in it a redeeming sentence, hardly a redeeming phrase, is immensely disheartening.

Proverbs for Paranoids (from Gravity’s Rainbow):

1. You may never get to touch the Master, but you can tickle his creatures.2. The innocence of the creatures is in inverse proportion to the immorality of the Master.3. If they can get you asking the wrong questions, they don’t have to worry about answers.4. You hide, they seek.5. Paranoids are not paranoid because they’re paranoid, but because they keep putting themselves, fucking idiots, deliberately into paranoid situations. 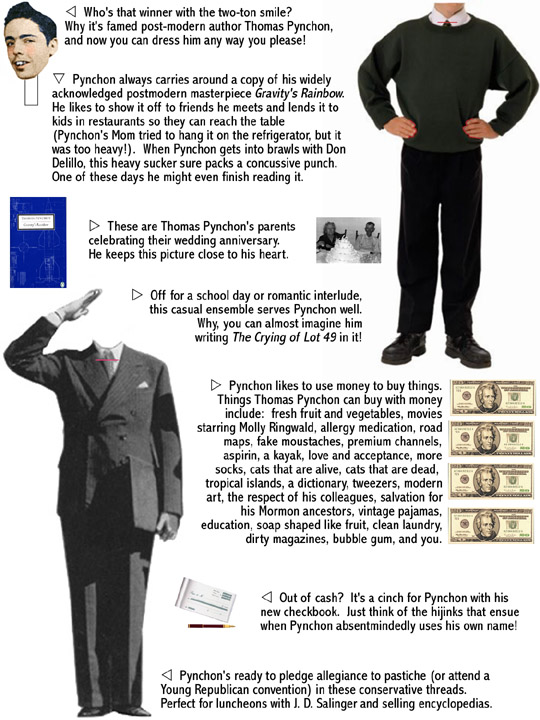 “Somebody quoted Norman Mailer as saying that he wasn’t a better writer because his contemporaries weren’t better…I don’t know whether he really said that or not, but the point I want to make is that no one in Pynchon’s generation can make that statement. If we’re not as good as we should be it’s not because there isn’t a standard. And I think Pynchon, more than any other writer, has set the standard. He’s raised the stakes.”

Anarchists’ golf (Against the Day):

THE NEXT DAY Reef, Cyprian, and Ratty were out on the Anarchists’ golf course, during a round of Anarchists’ Golf, a craze currently sweeping the civilized world, in which there was no fixed sequence—in fact, no fixed number—of holes, with distances flexible as well, some holes being only putter-distance apart, others uncounted hundreds of yards and requiring a map and compass to locate. Many players had been known to come there at night and dig new ones. Parties were likely to ask, “Do you mind if we don’t play through?” then just go and whack balls at any time and in any direction they liked. Folks were constantly being beaned by approach shots barreling in from unexpected quarters. “This is kind of fun,” Reef said, as an ancient brambled guttie went whizzing by, centimeters from his ear.

Leave a Reply to the day is done | spintongues Cancel reply