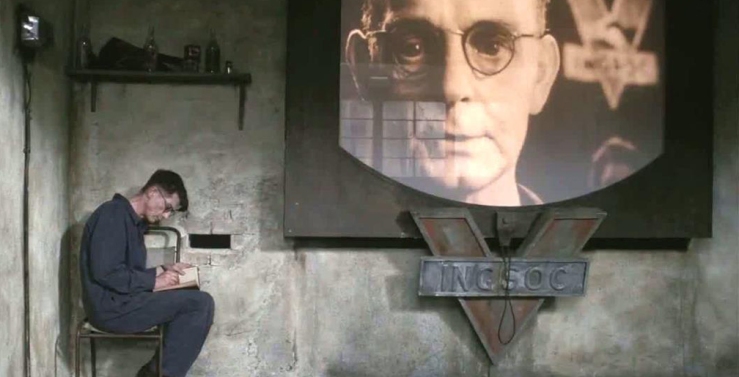 Grim grey double plus unfun, Michael Radford’s 1984 adaptation of George Orwell’s 1948 novel 1984 is painful to watch. I think I first saw the film when I was in high school, in the mid-nineties, probably after I read the book, and I never bothered to watch it again until this morning. (It’s probably not a morning film). I might wait another 20 years to watch it again.

1984 is about as faithful to its source novel as it could be, capturing Orwell’s grim vision in relentlessly bleak (and occasionally gorgeous) shots of a dystopian post-war London.  The film’s initial “worldbuilding” scenes are some of its most intriguing, including scenes of Winston Smith not fully participating in the Two Minutes Hate, looking for black market razors, prowling among the proles, and generally not fitting in among his peers. John Hurt is perfect as Winston Smith. His eyes convey an intelligent soul in despair, a soul slowly pulsing under a stoic mask that Winston has to wear to survive. Surviving isn’t enough though, and Winston finds his soul ignited by Julia (Suzanna Hamilton). The pair’s illicit love affair is doomed, and the great tragedy of 1984 is their ultimate betrayals of each other and themselves.

Roger Deakins’ cinematography is a highlight of 1984, particularly in the rare scenes in which gray gives way to green. The Eurythmics soundtrack is hardly intrusive, and the music they made was quite good, but the film would have done better to dispense with extra-diegetic music altogether. Radford’s direction is remarkably understated; drama evolves from setting and vibe. And even in more direct moments, Radford is subtle, as when Winston scratches out his own thoughts (thoughtcrimes!) on paper. Some directors might feel compelled to underline such moments, drive the thesis in—but Radford shows us Winston in the process of discovering his own thoughts and feelings.

Faithful to its source material, 1984 is in no way a fun film, but it conveys the book’s central message and core humanity admirably. I’ve always preferred Brave New World to 1984—not that the two need to be in a contest—but Huxley’s book, with its zany details and wild contours is simply more engaging. There’s more complexity to its flavors (if not its argument). Sure, 1984 has its strong flavors too, but a big bitter bite with sour notes is not something one returns to again and again. 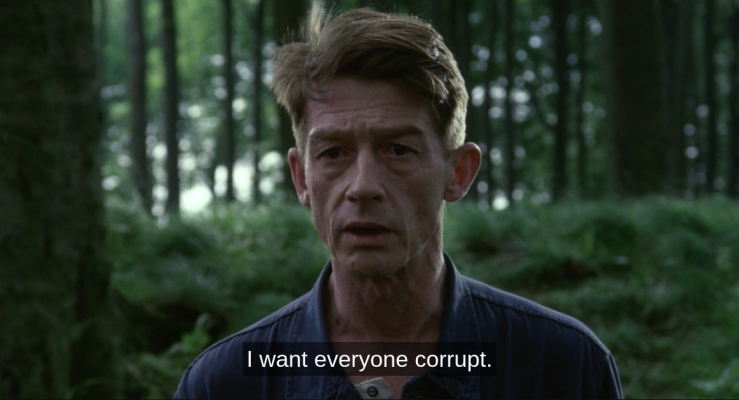 How I watched it: On a large television, via a streaming service, with full attention.