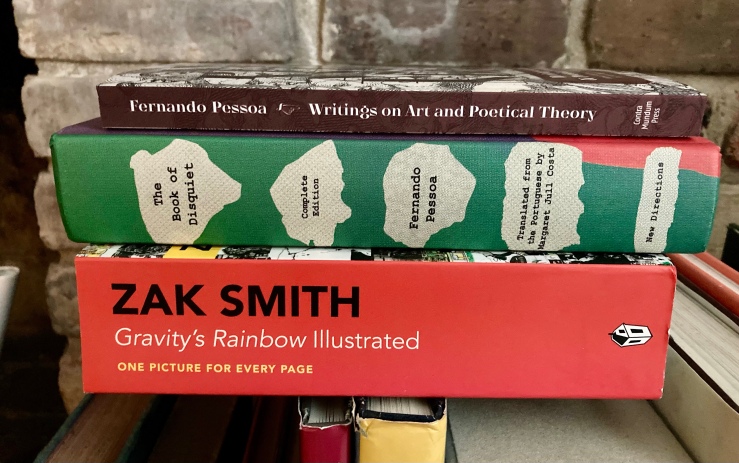 Last week I finally got into a collection of Fernando Pessoa’s writing called Writings on Art and Poetical Theory. The books contains pieces that Pessoa composed in English, and is out next year from Contra Mundum Press. Their blurb:

Writings on Art and Poetical Theory contains a selection of Fernando Pessoa’s writings (or those of his heteronyms) on art and poetical theory, originally written in English. In Pessoa’s oeuvre one finds not only literary and fictional works but also a multiplicity of theoretical texts on the most diverse subjects concerning artistic movements, literature, and writers.

In this book, we witness Pessoa explore, through various heteronyms, general theories on poetics, the poetries of other heteronyms, the uses and abuses of criticism, and more. Also included are essays on sensationism (an aesthetic movement Pessoa dubs a new species of Weltanschauung), translation, and a brief history of English literature, which is comprised of fragments on Shakespeare, Milton, the British Romantics, Dickens, Wilde, and others, as well as additional material, such as Pessoa’s own poem Antinous.

This edition, prepared by Nuno Ribeiro and Cláudia Souza, allows us to have an overview of Pessoa’s writings on art and poetic theory — most of which are presented here for the first time to English readers —, thus opening the way for future studies on one of the most significant authors of Portuguese modernism.

Dabbling about in Writings reminded me that I’ve never made a stab at Pessoa’s monumental work, The Book of Disquiet. I picked up New Directions’ recent Complete Edition in translation by Margaret Jull Costa. I ended up reading a big chunk of it that night and have dipped into it all week and I’m not sure if I love it or hate it. It’s like the anti-Leaves of Grass, if that makes sense. It also seems like the kind of book to just pick up and read and random, which I’ve been doing since my initial fifty-page jog into it. In a short doses the fragments are lovely, poetic, aphoristic, but in longer dives the language becomes oppressive, the spirit draining and even venomous.

While I was at the bookstore I also spied a copy of Zak Smith’s Gravity’s Rainbow Illustrated. I’d found a used copy at this same story maybe ten years ago and thought twenty bucks was too much for it, and have regretted that decision for years now. Here’s the first page: 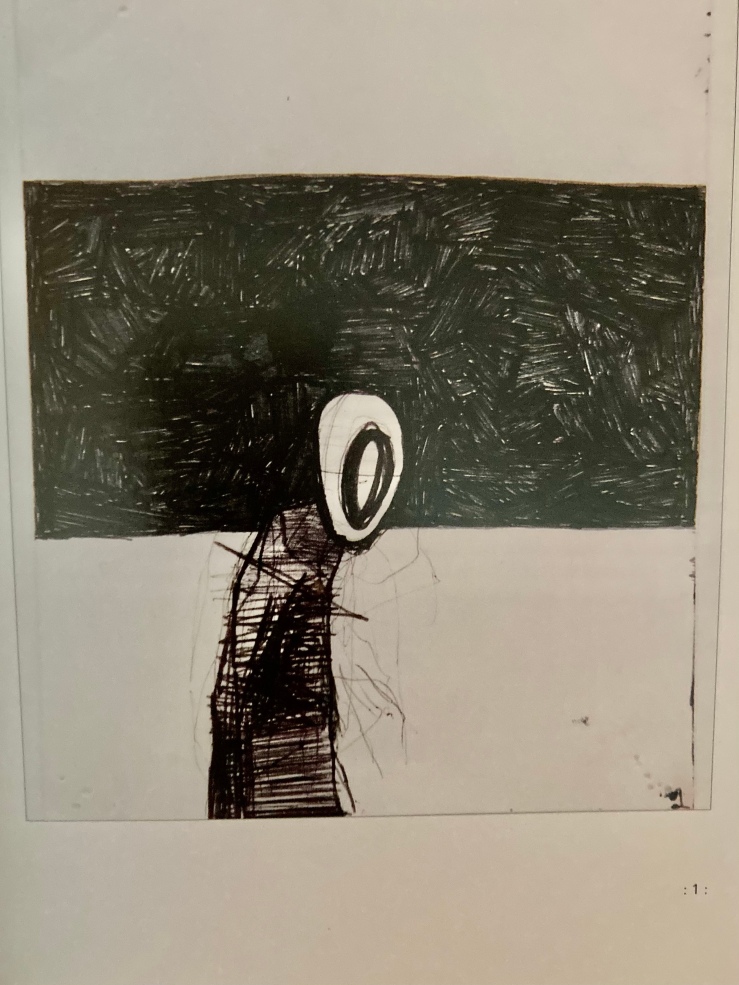