Seven years ago I came across three lovely 1970s mass market paperback Ishmael Reed novels. In the years since then, I’ve consumed most of Reed’s novels, even picking up an undervalued signed copy online. Two of my favorite Reed editions are from Avon Bard. This past Sunday, I came across two more Reed Avon Bard editions, and snapped them up, despite already owning them in hardback. While no designer or artist is credited, the signature on this edition of Flight to Canada clearly says “Andrew Rhodes”: 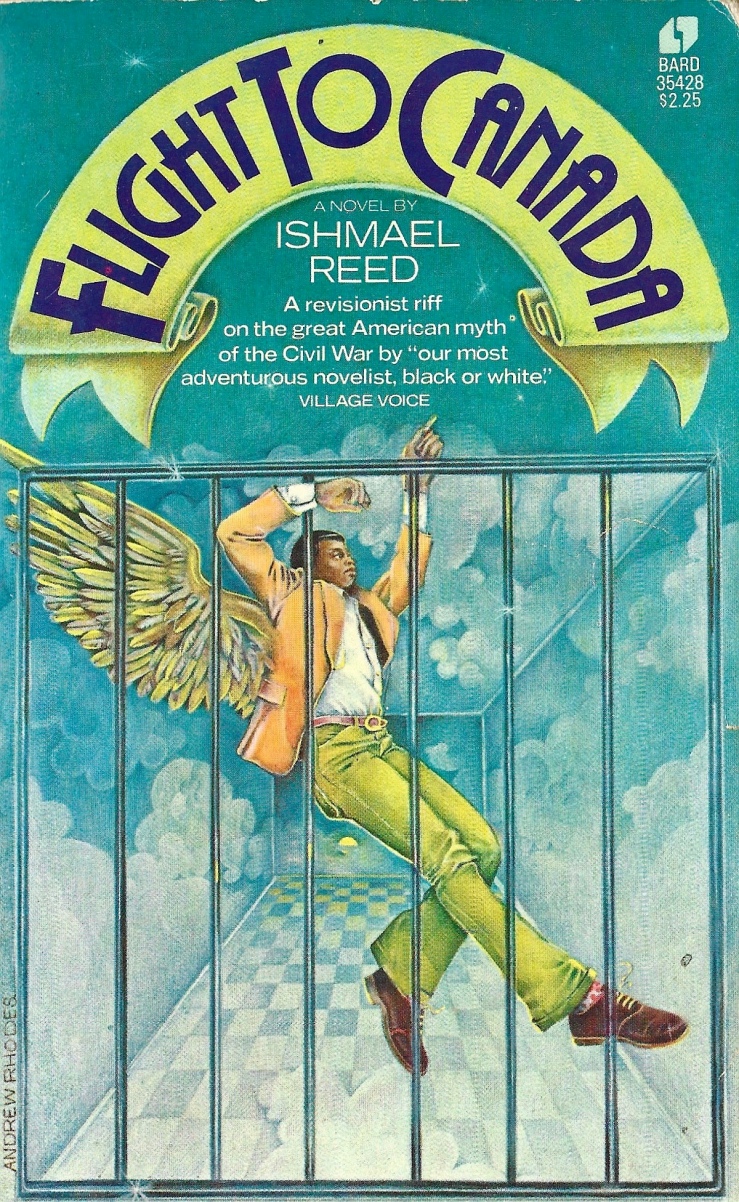 I’m pretty sure that Rhodes is the artist (and possibly designer) of the other Avon Bard Reeds I picked up years ago, Mumbo Jumbo—

—and Yellow Back Radio Broke-Down (the signature is clear on this one):

We can also see “Rhodes” on the copy of The Last Days of Louisiana Red I picked up on Sunday. (This book also has the stamp of a guy who lives (lived?) in Perry, Florida, a stamp I’ve come to recognize over the years as a guy who, at least at one point, had very similar taste to my own. I have a lot of his old books and I wonder about him sometimes.)

Here are some reviews I’ve written of Reed’s novels over the past few years:

A review of Ishmael Reed’s Christmas satire, The Terrible Twos