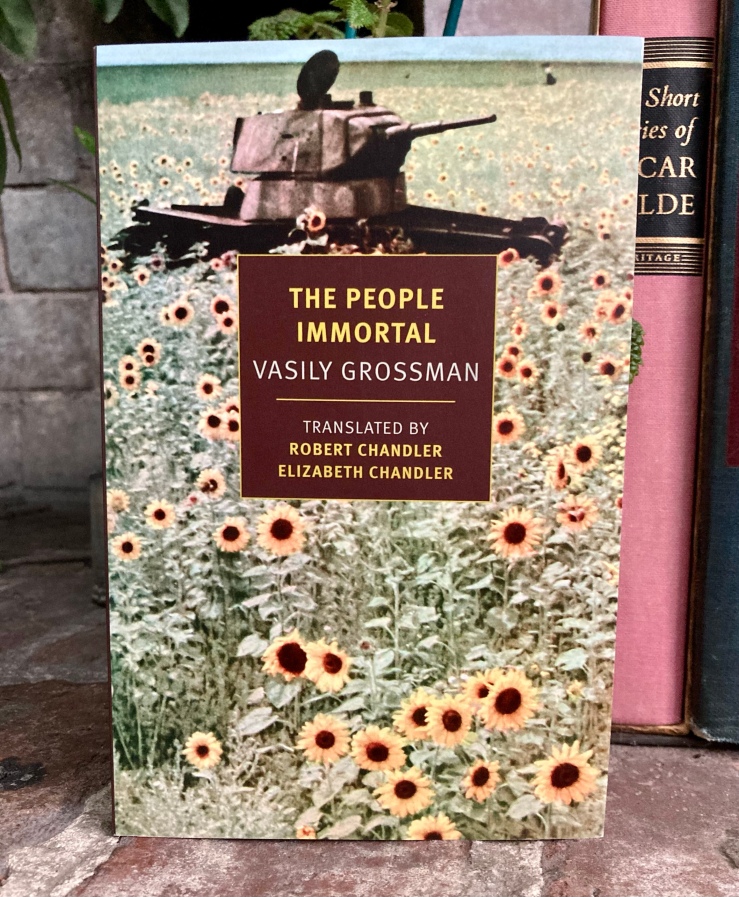 A copy of by Vasily Grossman’s 1943 novel The People Immortal arrived at Biblioklept World Headquarters. It’s a new translation by Robert Chandler and Elizabeth Chandler, available next month from NYRB.

(It’s also a reminder to pick up the copy of Grossman’s massive novel Life and Fate that’s been staring me down for years).

Vasily Grossman wrote three novels about the Second World War, each offering a distinct take on what a war novel can be, and each extraordinary. A common set of characters links Stalingrad and Life and Fate, but Stalingrad is not only a moving and exciting story of desperate defense and the turning tide of war, but also a monumental memorial for the countless war dead. Life and Fate, by contrast, is a work of moral and political philosophy as well as a novel, and the deep question it explores is whether or not it is possible to behave ethically in the face of overwhelming violence. The People Immortal is something else entirely. Set during the catastrophic first months of the German invasion of the Soviet Union, this is the tale of an army battalion dispatched to slow the advancing enemy at any cost, with encirclement and annihilation its promised end. A rousing story of resistance, The People Immortal is the novel as weapon in hand.