I am looking, as I write of Kafka, at the photograph taken of him at the age of forty (my age)—it is 1924, as sweet and hopeful a year as he may ever have known as a man, and the year of his death.His face is sharp and skeletal, a burrower’s face:pronounced cheekbones made even more conspicuous by the absence of sideburns; the ears shaped and angled on his head like angel wings; an intense, creaturely gaze of startled composure—enormous fears, enormous control; a black towel of Levantine hair pulled close around the skull the only sensuous feature; there is a familiar Jewish flare in the bridge of the nose, the nose itself is long and weighted slightly at the tip—the nose of half the Jewish boys who were my friends in high school.Skulls chiseled like this one were shoveled by the thousands from the ovens; had he lived, his would have been among them, along with the skulls of his three younger sisters.

Of course, it is no more horrifying to think of Franz Kafka in Auschwitz than to think of anyone in Auschwitz—it is just horrifying in its own way.But he died too soon for the holocaust.Had he lived, perhaps he would have escaped with his good friend Max Brod, who found refuge in Palestine, a citizen of Israel until his death there in 1968.But Kafka escaping?It seems unlikely for one so fascinated by entrapment and careers that culminate in anguished death.Still, there is Karl Rossmann, his American greenhorn.Having imagined Karl’s escape to America and his mixed luck here, could not Kafka have found a way to execute an escape for himself?The New School for Social Research in New York becoming his Great Nature Theatre of Oklahoma?Or perhaps, through the influence of Thomas Mann, a position in the German department at Princeton … But then, had Kafka lived, it is not at all certain that the books of his which Mann celebrated from his refuge in New Jersey would ever have been published; eventually Kafka might either have destroyed those manuscripts that he had once bid Max Brod to dispose of at his death or, at the least, continued to keep them his secret.The Jewish refugee arriving in America in 1938 would not then have been Mann’s “religious humorist” but a frail and bookish fifty-five-year-old bachelor, formerly a lawyer for a government insurance firm in Prague, retired on a pension in Berlin at the time of Hitler’s rise to power—an author, yes, but of a few eccentric stories, mostly about animals, stories no one in America had ever heard of and only a handful in Europe had read; a homeless K., but without K.’s willfulness and purpose, a homeless Karl, but without Karl’s youthful spirit and resilience; just a Jew lucky enough to have escaped with his life, in his possession a suitcase containing some clothes, some family photos, some Prague mementos, and the manuscripts, still unpublished and in pieces, of Amerika, The Trial, The Castle, and (stranger things happen) three more fragmented novels, no less remarkable than the bizarre masterworks that he keeps to himself out of oedipal timidity, perfectionist madness, and insatiable longings for solitude and spiritual purity.

–From Philip Roth’s essay “ ‘I Always Wanted You to Admire My Fasting’; or, Looking at Kafka.” Read the entire essay. 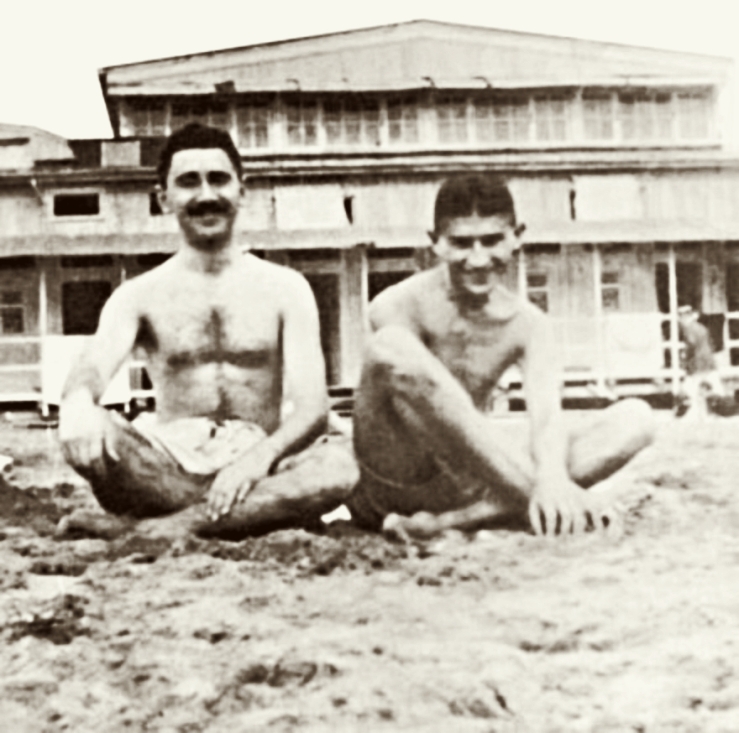 Alain Robbe-Grillet in his 1985 interview with The Paris Review:

When a novelist has “something to say,” they mean a message. It has political connotations, or a religious message, or a moral prescription. It means “commitment,” as used by Sartre and other fellow-travelers. They are saying that the writer has a world view, a sort of truth that he wishes to communicate, and that his writing has an ulterior significance. I am against this. Flaubert described a whole world, but he had nothing to say, in the sense that he had no message to transmit, no remedy to offer for the human condition.

But did Dostoyevsky have nothing to say? Tolstoy?

Tolstoy yes. That is why on the whole he doesn’t interest me.

Not even Anna Karenina?

Especially not Anna Karenina! Among Tolstoy’s books the one that interests me is The Death of Ivan Ilych. Ivan is someone who hurts himself while unhooking a curtain, and one sees his death in that gesture. As for Dostoyevsky, perhaps there is a message in his work but for me it is a kind of parasite. In Crime And Punishment, I am much more interested in the first part which is the preparation for the murder. You remember the scene where Raskolnikov is getting the axe ready? And he is fascinated by the act he has to accomplish? The last part of the book, about guilt and moral responsibility and so on, bores me profoundly.

Because you, or your characters, never feel moral responsibility or guilt?

Perhaps. The book of Dostoyevsky’s that interests me most is The Possessed. It is an enigmatic novel; the main protagonist is an enigma. I read it over and over again and find it tremendous—it has a concept of reality that escapes “significance.” That may be my reading of it; someone else might apprehend it differently. I am sure Camus would have said something quite different about it.

Another writer who has had a great influence on you is Kafka. He is someone who has been interpreted in more than one way. What is his fascination for you?

He has been read as having a metaphysical and religious message—the relationship between the Jew and his God. This is the influence of Max Brod, his friend and first biographer. It doesn’t interest me in the least. I read Kafka as the revelation of a world, which is much more important than yet another meditation on the Talmud. Brod’s reading of Kafka is reductive and restrictive, as if his work could be reduced to metaphysical relations. What I find extraordinary is the actual presence of this opaque world.

At The London Review of Books, Judith Butler weighs in on the ongoing trial in Tel Aviv over who can claim ownership to several boxes of recently discovered manuscripts by Franz Kafka. An excerpt–

I have tried to suggest that in Kafka’s parables and other writings we find brief meditations on the question of going somewhere, of going over, of the impossibility of arrival and the unrealisability of a goal. I want to suggest that many of these parables seem to allegorise a way of checking the desire to emigrate to Palestine, opening instead an infinite distance between the one place and the other – and so constitute a non-Zionist theological gesture.

We might, finally, consider this poetics of non-arrival as it pertains to Kafka’s own final bequest. As should be clear by now, many of Kafka’s works are about messages written and sent where the arrival is uncertain or impossible, about commands given and misunderstood and so obeyed in the breach or not obeyed at all. ‘An Imperial Message’ charts the travels of a messenger through several layers of architecture, as he finds himself caught up in a dense and infinite grid of people: an infinite barrier emerges between the message and its destination. So what do we say about the request that Kafka made of Brod before he died? ‘Dearest Max, My last request: Everything I leave behind me … to be burned unread.’ Kafka’s will is a message sent, to be sure, but it does not become Brod’s will; indeed Brod’s will, figuratively and literally, obeys and refuses Kafka’s will (some of the work will remain unread, but none of it will be burned, at least not by Brod).

(Via The Casual Optimist).