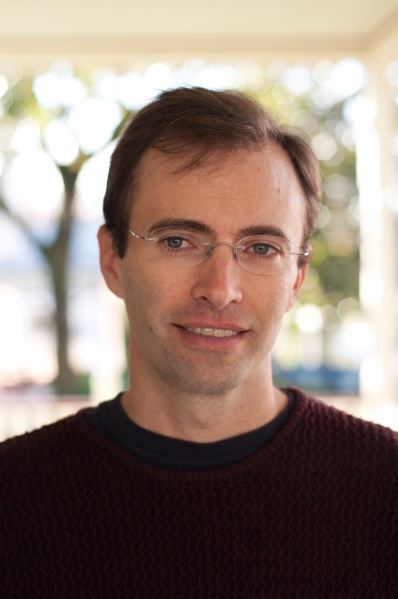 Steve Hendricks is the author of two works of investigative journalism. 2006’s The Unquiet Grave is an examination of how the FBI aided and abetted the erosion of American Indian culture in the United States. Hendricks’s newest book is A Kidnapping in Milan, a nonfiction thriller that exposes the extraordinary rendition of radical imam Abu Omar by the CIA. In our review we noted that “Hendricks combines journalistic clarity with the structure of a detective novel in Kidnapping,” pointing out that what guides “the narrative is a refined sense of moral outrage against the idea that dark deeds done in the dark make our world somehow safer.” Hendricks was kind enough to talk with us via email about his book, torture, the Obama administration, and the rise of the apathetic liberal in America. You can read more at Hendricks’s site.

Biblioklept: Obviously a lot of work went into A Kidnapping in Milan — lots of research and interviews, not to mention the fact that you learned Italian. What made you want to tell this story?

Steve Hendricks: I came to the story somewhat sideways–less because of Abu Omar’s rendition itself than because I was frustrated that no one had written a compelling account of the horror of America’s torture-by-proxy; that is, the horror of the torture that our client states were inflicting on our captives in what amounted to our offshore dungeons. Reporters of course said that the torture was horrific, and sometimes they went into a bit of good detail, but there weren’t any narratives that went deep enough to make us feel that horror–to make us understand in our gut why political torture is not just a crime but a crime against humanity. So I was looking for a story that would allow me to try to write that narrative.

As I researched the renditions that we knew something about (so many renditions, of course, we know nothing or next to nothing about), I came across Abu Omar’s story and was immediately struck by the almost incredible amount of detail that the Italian prosecutor, Armando Spataro, had dug up on the CIA, by the ludicrousness of how the CIA went about the rendition, and by the possibility that Spataro might be a heroic figure. I wasn’t naive about heroes. They’re flawed like all the rest of us. But in America’s “war on terror” the villains–both terrorists and our own war criminals–have so often outnumbered the heroes that if there was a chance of writing a tale that could be somewhat uplifting while at the same time being wrenching (because of Abu Omar’s torment) and comic (because of the CIA’s Keystone Kommandos), that was great. So much the better, for the narrative anyway, that Abu Omar was a terrorist. It made the book more gray than black-and-white. In the end, the story of his torture, which had gotten me into the book, ended up being just one chapter, though to my mind it’s one of the most powerful chapters in the book.

Biblioklept: I think for most readers that chapter, “Torment,” will certainly stand out. I found it fascinating, particularly the historical overview of how various governments have used torture (and “ordeals”) to coerce information from captives. There’s a brutal episode in the chapter that describes how the torturers used a cattle-prod type device on Abu Omar. In narrative terms, we find ourselves sympathizing with this “bad guy,” this enemy-other who’s been locked up in a no-place. How important was it for you to elicit this kind of emotional identification on the reader’s part with Abu Omar? Were you concerned with alienating some potential readers? 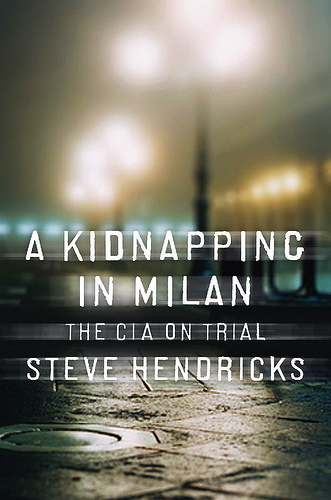 Hendricks: It was very important to me that readers empathize with the atrocities visited on Abu Omar. It’s easy for anyone to say that lesser criminals shouldn’t be tortured. But for some people it’s much harder to say that torture shouldn’t be used against our greatest enemies. Yet that’s the test–one test anyway–of whether a deed like torture is evil: does it repulse and degrade us even when we use it against those who are themselves in some measure evil? Yes, I was sure, as you suggest, that my portrayal would alienate some pro-torture readers, but I was more interested in appealing to readers whose minds weren’t made up.

I did hear, shortly after the book’s publication, from one reader who said he was put off that I was advocating a moral view rather than giving a neutral “here’s this side of the story, here’s that side of story.” My response was that most of the supposedly “neutral” descriptions of torture-by-proxy haven’t in fact been neutral. For example, most American media refuse to refer to our use of waterboarding as torture, even though if you asked a hundred torture experts, ninety-nine would say it’s torture. I believed a corrective was needed–not an unfair and ludicrously biased corrective but one that reported the brutal facts unsparingly, which in turn would make plain that the mainstream media, by sins of omission and commission, had gotten things badly wrong.

I would add that there are some crimes so heinous that if you don’t call them heinous, you’re either dishonest, naïve, or a coward. Look at it this way: if an author told the story of the Holocaust as “well, Hitler had his take on it, and the Jews had theirs,” would you trust the author, or would you think him a lout? The torture of a few hundred men is not the same as the murder of millions, but international law deems systematic torture as so awful that it puts it in a class of crime similar to genocide–and it’s not just international law, but American law that does so. The United States has adopted both the Rome Convention and the UN Convention Against Torture as the law of the land, and both laws define political torture as a crime against humanity. The Convention Against Torture, as enacted here, provides jail time for people who send someone to another country to be tortured, and if the tortured person dies, the punishment can even be the death penalty. That’s not something you hear much in the media–that Clinton (who began extraordinary renditions), Bush junior, and now Obama (who continues the rendition program) could be subject to jail time or even death.

All that said, I strongly believe that a writer like me who advocates a moral position is obliged to present the facts in such a way (even if he’s presenting his opinions alongside them) that will allow readers to judge for themselves whether his advocacy is valid. I think I did that in the book, but, in the spirit of what I’m saying here, I’ll leave it to the reader to decide.

Biblioklept: Your book ends in early 2009, where you point out that, from the outset, the Obama administration essentially followed the Bush administration’s policies; Obama has even authorized the assassination of American terror suspects. Over the past few years, the average American’s focus has shifted from US foreign relations to our sagging economy. It seems that there’s a sense among many progressives that our international reputation and morality have been restored simply by electing Obama. Do you worry that there’s too much complacency on the left? What’s at stake in continuing to ignore our government’s abuses?

Hendricks: Absolutely, there’s far too much complacency on the left. Most leftists simply packed up their bags and went home after the 2008 elections, then were utterly dismayed when Obama tacked way to the right on just about everything: on health care, on banking reform, on the stimulus package, on the wars in Afghanistan and Iraq, on torture, and on and on. Some leftists have woken up, but most of them still think that with some pretty tepid nudging, they can bring out the good Obama that they “know” is inside him. Guess what, folks: As he has shown again and again, he’s a corporatist/defense-hawk Democrat, and he’s not going to change unless he has no choice–and at this late date, that’s not going to happen unless he’s threatened with a serious challenge to his renomination in 2012. But of course most progressives, demoralized and limp, are too scared to give him a run for his money and will stand by their man, even if he’s not their man.

I’m endlessly amazed (and depressed) at how little the left learns from the right. Right wingers build power by playing strongly to their base. They push and push their far-right policies, and the national discourse moves rightward with them. Contrast that with progressives, who plead rather than demand and who, when they get into the office, make a mad dash for the center-right. Don’t these people know that in poll after poll a majority of Americans support their (supposed) goals: an end to the illegal wars, a real ban on torture, health care with a public option, accountability for banks, etc.?

As for what’s at stake in continuing to ignore abuses like torture, to my mind the biggest danger is that torture becomes normalized. Ten years ago it would have been thought barbaric to advocate torture. But after the pro-torture drumbeat of the last decade, “leaders” like Bush and Cheney not only can advocate torture but can boast about having ordered it–and face only the smallest blip of public disapproval. If we don’t reckon with our past, ever more Americans will come to see torture as acceptable, and we will have become the barbarians we set out to fight.

Biblioklept: What’s your next project?

Hendricks: A Kidnapping in Milan and my first book, The Unquiet Grave (which was about how the FBI undermined the Indian rights movement of the 1970s), each took about four years–four long years–to complete. So I’m giving myself a break from book-length nonfiction and taking my time mulling the next book. It’s not the easiest part of the job to find a topic will excite both me and a publisher, but the search itself is fun. I get to read a lot of fascinating things, and the time just to think is a luxury. Meanwhile, I’m working on a few magazine articles. One is about some rather astounding health benefits that fasting can yield. Another is about a man who was wrongly convicted of murder but was executed nonetheless. Actually, though, what takes up most of my time these days is a novel for middle grade kids. The book is something like a mystery, it’s mildly futuristic, and it has some political overtones–evidently I can’t keep politics out of my writing. I’m writing it as a way of saying thanks to my eight-year-old for tolerating my many absences, physical and psychological, while I researched and wrote my two books.

Biblioklept: Have you ever stolen a book?

Hendricks: Yes–or rather, to qualify my crime, sort of yes. I once borrowed a book from friends whose house I was sitting, and, meaning to return it, didn’t tell them about their loan. But then I moved away, and the book stayed with me, still unannounced. The book was Peter Matthiessen’s In the Spirit of Crazy Horse, which so moved me and which left me with so many questions, that I wrote The Unquiet Grave as a way of following up on it. I like to think this redeemed my delinquency, and from to time I’ve thought about finding the book’s owners (with whom I’ve lost touch) and letting them know about their honor. But I’m too big a coward. Confronting a terrorist in his own home? Sure. Confessing I purloined a paperback? Too scary.