It’s been nearly half a millennium since a Tudor held the British throne, yet narratives of Tudor exploits seem to proliferate at an exponential rate. The primary reason may be that these monarchs — Henry VIII and Elizabeth I in particular — were such strong characters, people whose fascinating qualities extended beyond their world-changing edicts. And it’s not just the monarchs, of course, who draw our attention, but the characters around them — the Boelyns and the Cromwells, Thomas More and William Shakespeare (the latter was tangential and late, 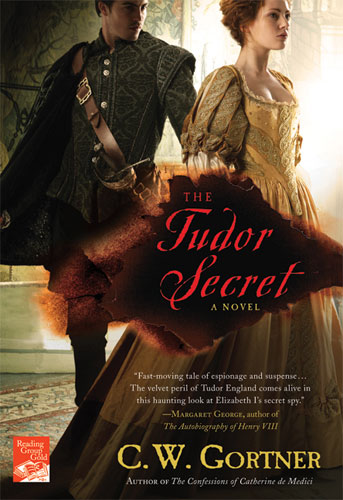 to be sure, but hardly an insignificant figure of the Elizabethan era). We identify in the Tudors a certain sexiness (one milked shamelessly by Showtime’s silly series), as well as its corollary intrigue: personal scandal for these royals was politicized; what happened in the bedroom affected the public sphere. There is something strikingly modern about this fact, which perhaps also makes us turn our attention to the Tudors again and again.

C.W. Gortner delves into the conflict between the political and the private in his historical novel The Tudor Secret. He plants his fictional hero Brendan Prescott into Dudley Castle, where the young man grows up bullied by Lord Robert Dudley –who will later become an “intimate familiar” of Queen Elizabeth. In the summer of 1553, however, Elizabeth is still Princess; her brother Edward VI is king. Around the same time Brendan is brought to court to squire for Robert Dudley, Edward falls gravely ill and then disappears. Princess Elizabeth soon enlists Brendan’s aid as a spy, a situation that quickly becomes more complicated when he finds himself having to serve as a double agent for William 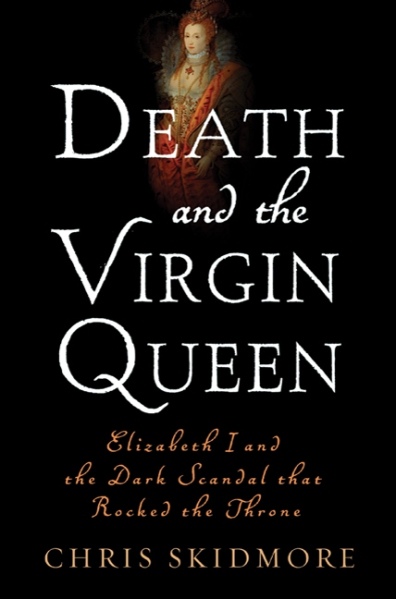 Cecil, Elizabeth’s adviser, an employee of the Duke of Northumberland who meanwhile plots to raise Jane Grey to the throne (a move that would cut Elizabeth out of succession). The Tudor Secret is a tightly-plotted, quick-paced read, stuffed with animated historical characters buzzing around in a world of espionage and intrigue. Setting the stage for the ascendancy of a crafty Elizabeth I, the book is the first in a planned series called the Elizabethan Spymaster Chronicles.

Chris Skidmore’s Death and the Virgin Queen will also be of great interest to those fascinated by the darker side of the Tudors. Skidmore’s book is essentially a forensic analysis of the events of September 8, 1560, when the body of Amy Robsart was found dead in Cumnor Place, her neck broken after an apparent fall down the stairs. The problem: Rosbart was the wife of one Lord Robert Dudley (hey, remember him from before?); with Rosbart out of the way, Elizabeth might be free to marry the man she was scandalously close to. Even after the death was ruled an accident, a cloud of suspicion and rumor about the issue hung over Elizabeth’s reign. Skidmore digs into the issue, outlining the motives of possible parties and detailing likely suspects. Skidmore also explores why, even with Rosbart out of the picture, Elizabeth’s advisers would never allow a marriage to Dudley — and how Dudley worked to prevent the queen from marrying another. Death and the Virgin Queen is a nice parallel to The Tudor Secret; both are written in a popular style for a general audience, both are clearly well-researched, and both should satisfy those thirsting for more details about the still-bewildering world of the Tudors.

Death and the Virgin Queen is new this month in hardback from St. Martin’s Press. The Tudor Secret is new in trade paperback February 1st from St. Martins’ Griffin.

2 thoughts on “Two Tales of the Tudors: The Tudor Secret by C.W. Gortner and Death and the Virgin Queen by Chris Skidmore”