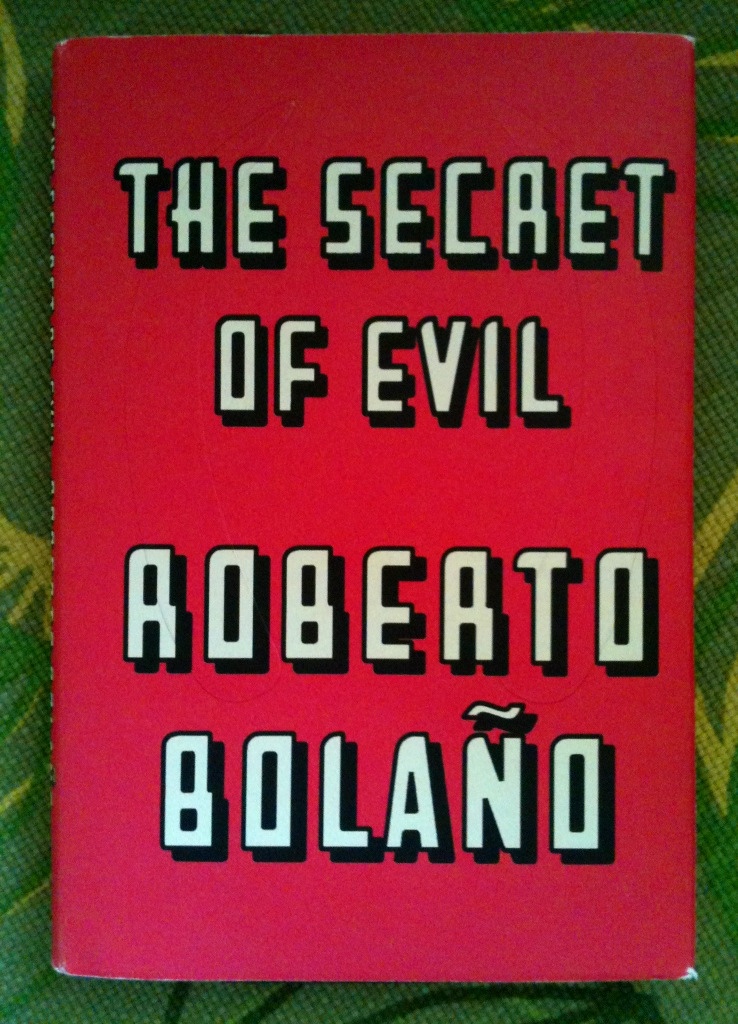 How you react to a “new” book by Roberto Bolaño at this point is probably dependent on how much you love or loathe his work—although I imagine those indifferent to or unfamiliar with his writing might be unduly put off by this point at the volume of material that this writer drops posthumously [insert Tupac joke here].

I’m a fan though, so I’m excited about The Secret of Evil, even if the material collected here is in part unfinished . . . although, as Ignacio Echevarria points out in his introduction, all of Bolaño’s “narratives, not just The Secret of Evil, seem to be governed by a poetics of inconclusiveness.” A few of the pieces in Evil have already been excerpted, and I read a few this weekend (who can resist a Bolaño text called “Crimes”?), and while some pieces here are sketchier than others, there’s that preponderance of life force that we expect from late period Bolaño, from a man who seemed to pour what was left of himself into his words and sentences.

Opening this book is like being granted access to the Chilean master’s personal files. Included in this one-of-a-kind collection is everything Roberto Bolaño was working on just before his death in 2003, and everything that he wanted to share with his readers. Fans of his writing will find familiar characters in new settings, and entirely new stories and styles, too.

A North American journalist in Paris is woken at 4 a.m. by a mysterious caller with urgent information. Daniela de Montecristo (familiar to readers of Nazi Literature in the Americas and 2666) recounts the loss of her virginity. Arturo Belano returns to Mexico City and meets the last disciples of Ulises Lima, who play in a band called The Asshole of Morelos. Belano’s son Gerónimo disappears in Berlin during the Days of Chaos in 2005. Memories of a return to the native land; Argentine writers as gangsters; zombie schlock as allegory…and much more.