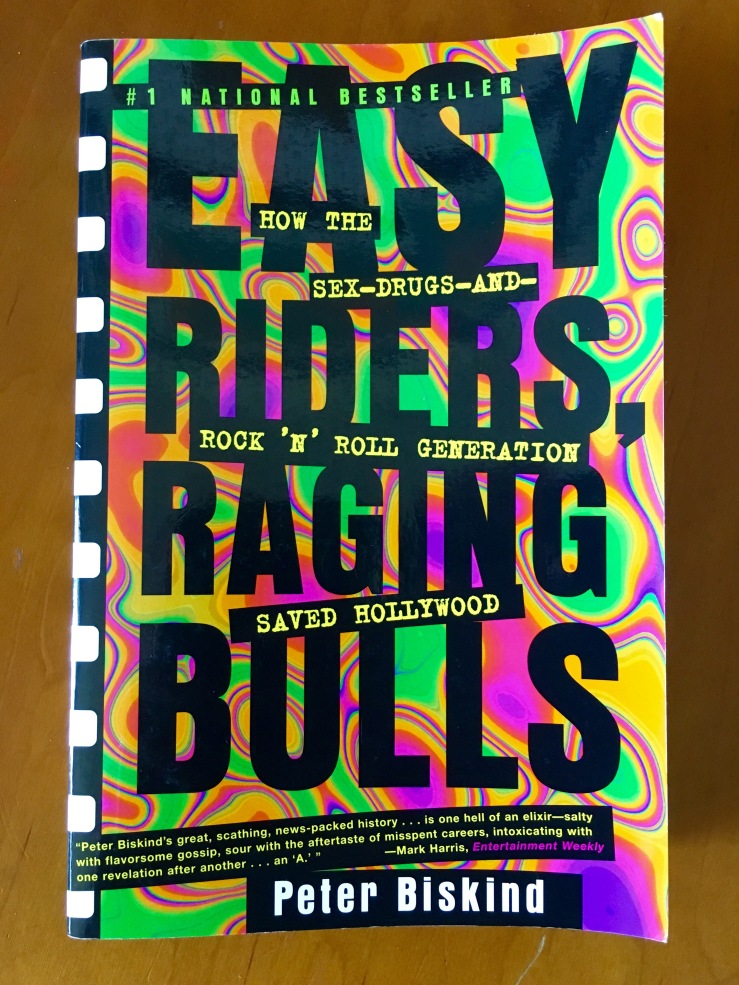 Peter Biskind’s Easy Riders, Raging Bulls has been on my radar forever (or at least since its publication in the late nineties), but I’d resisted picking it up until earlier this week—maybe because of its awful, awful cover (good lord), or maybe because of that off-putting subtitle, which just seems to scream, Boomer mythologies!

But after watching William Friedkin’s Sorcerer a third time, I wanted to read about the film, and Biskind’s book was easy to find used and so well hey. Of course I skipped to the index, and found enough pages on Sorcerer to take the book home. I read those pages at home, right away, with mounting disappointment, or frustration, rather. Biskind’s dishy, bitchy style is annoying, (although I assuaged the bad prose by reading the whole thing, as best as I could, in a Robert Evans accent) and beyond the bad prose is a paucity of information about, like, the actual filmmaking behind Sorcerer. It might be interesting to some people that Friedkin was a total asshole to his girlfriend, but I guess I wanted to know about the work, y’know? At least there’s a whole bunch of stuff on Heaven’s Gate too.

So well anyway, I read the introduction to the book and I can see how it does seem promising, but there’s also something deeply frustrating about Biskind’s approach (from the outset, anyway)—he seems to want to valorize the Baby Boomers at every turn. He introduces the first wave of the heroes of his book at “white men born in the mid- to late ’30s” without a hint of irony, noting that the “second wave was made up of the early boomers.” Of course it’s the names of the heroes that attract the reader: Bogdanovich, Coppola, Nichols, Scorsese, Malick, De Palma, etc. (It’s also sort of fascinating that even in the late ’90s, Biskind, a few paragraphs later, parses the “new group of actors” he lauds (Nicholson, De Niro, Keitel, et al) from “the women,” the “new faces.” Yeesh). My guess is that I’ll pick at this book as I watch and/or re-watch the films of the decade it valorizes—the films of the ’70s—the films that it so boomerishly insists were The Last Great Golden Age of Film Never to Be Replicated Again, Nope, That’s All Folks.

Here’s the trailer for Friedkin’s Sorcerer (the soundtrack is by Tangerine Dream, who also scored Michael Mann’s 1981 film Thief. Mann is not indexed in Easy Riders, Raging Bulls):