Mulata by Miguel Ángel Asturias; English trans. by Gregory Rabassa. 1982 mass market paperback from Avon-Bard. The Boschian cover art isn’t credited; neither is the designer credited, although my assumption is that it is Sidney Feinberg, who is credited as designer on Avon-Bard’s edition of Gabriel García Márquez’s novel In Evil Hour. 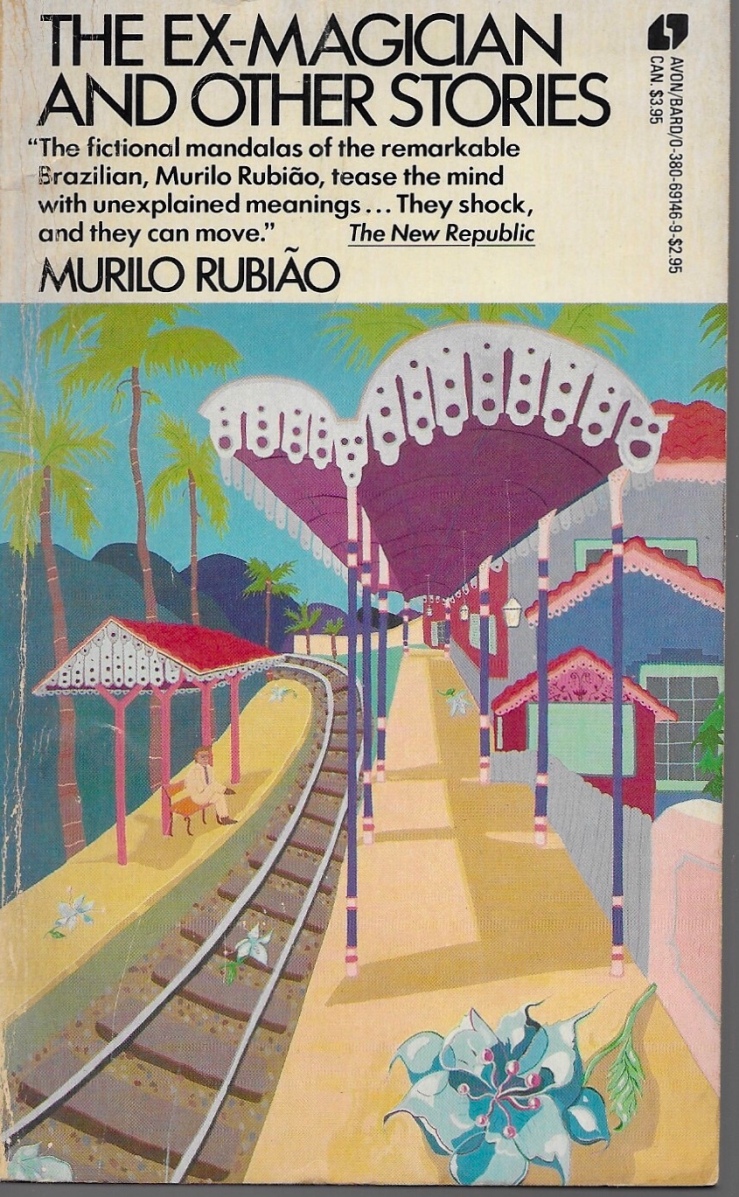 The Ex-Magician and Other Stories by Murilo Rubião; English trans. by Thomas Colchie.  1984 mass market paperback from Avon-Bard. No cover artist or designer is credited, but my hunch is the design is by Sidney Feinberg.