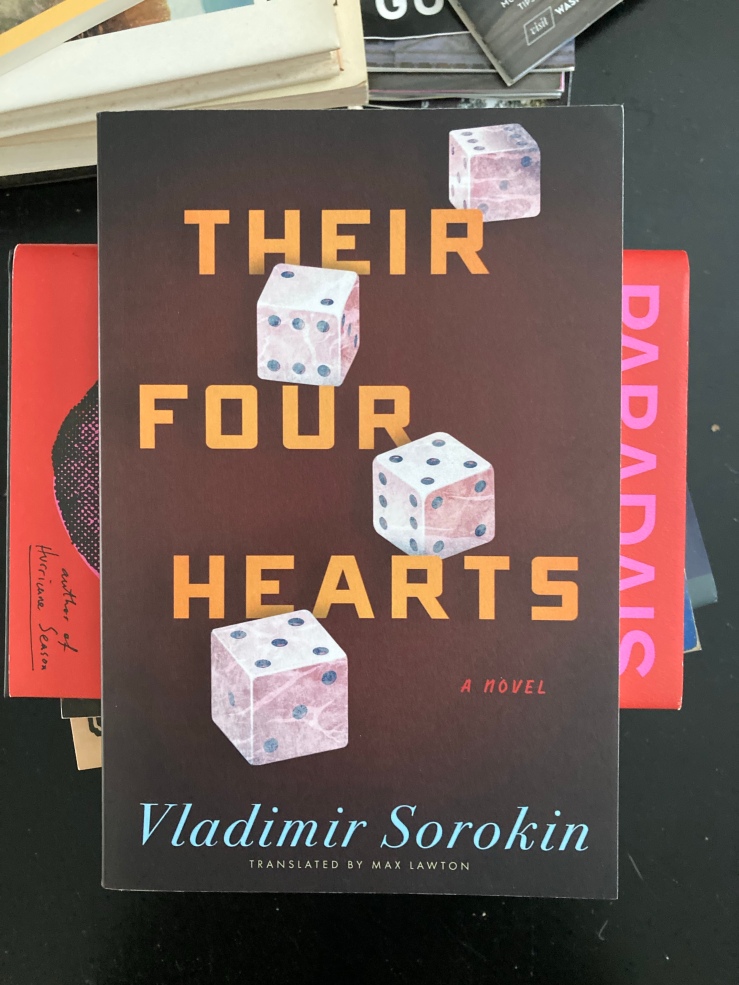 I ordered a copy of Vladimir Sorokin’s 1991 novel Their Four Hearts in translation by Max Lawton a couple of weeks ago when I was interviewing Max about his translation of Sorokin’s latest (in English), Telluria. In our discussion, Max told me,

I recommend any new reader of Sorokin to immediately chase TELLURIA with THEIR FOUR HEARTS: those two combined give something like a complete picture of the master at work.

Here’s the back copy, which Max might’ve written:

In many respects, Their Four Hearts is a book of endings and final things. Vladimir Sorokin wrote it in the year the Soviet Union collapsed and then didn’t write fiction for ten years after completing it––his next book being the infamous Blue Lard, which he wrote in 1998. Without exaggerating too much, one might call it the last book of the Russian twentieth century and Blue Lard the first book of the Russian twenty-first century. It is a novel about the failure of the Soviet Union, about its metaphysical designs, and about the violence it produced, but presented as God might see it or Bataille might write it.

Their Four Hearts follows the violent and nonsensical missions carried out by a group of four characters who represent Socialist Realist archetypes: Seryozha, a naive and optimistic young boy; Olga, a dedicated female athlete; Shtaube, a wise old man; and Rebrov, a factory worker and a Stakhanovite embodying Soviet manhood. However, the degradation inflicted upon them is hardly a Socialist Realist trope. Are the acts of violence they carry out a more realistic vision of what the Soviet Union forced its “heroes” to live out? A corporealization and desacralization of self-sacrificing acts of Soviet heroism? How the Soviet Union truly looked if you were to strip away the ideological infrastructure? As we see in the long monologues Shtaube performs for his companions––some of which are scatological nonsense and some of which are accurate reproductions of Soviet language––Sorokin is interested in burrowing down to the libidinal impulses that fuel a totalitarian system and forcing the reader to take part in them in a way that isn’t entirely devoid of aesthetic pleasure.

As presented alongside Greg Klassen’s brilliant charcoal illustrations, which have been compared to the work of Bruno Schulz by Alexander Genis and the work of Ralph Steadman as filtered through Francis Bacon by several gallerists, this angular work of fiction becomes a scatological storybook-world that the reader is dared to immerse themselves in.

And here’s one of Greg Klassen’s illustrations: 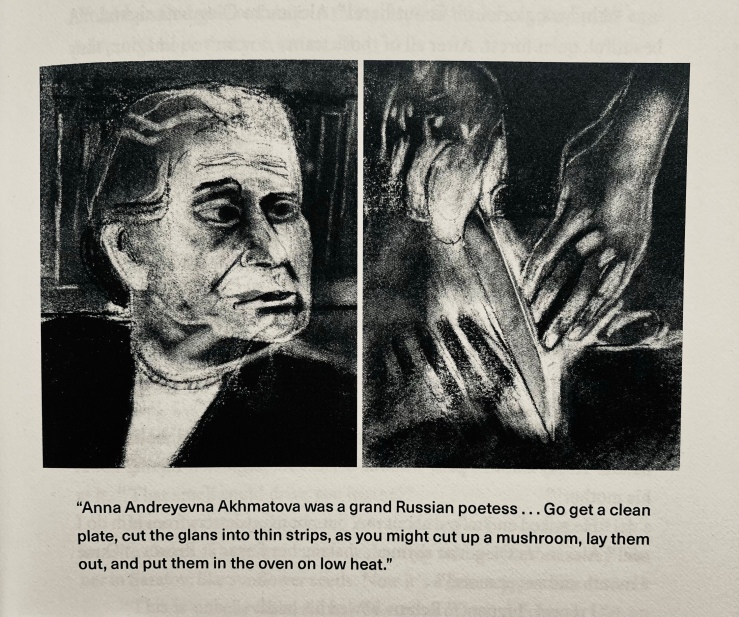