A couple of months ago, this cryptic postcard arrived in the mail:

A second novel from Ralph Ellison? Wasn’t that Juneteenth, the posthumous work pieced together from thousands of pages and notes by Ellison’s literary executor, John Callahan? The one that was kinda sorta panned as a mess (or at least an incomplete vision)? A few weeks later, another postcard: 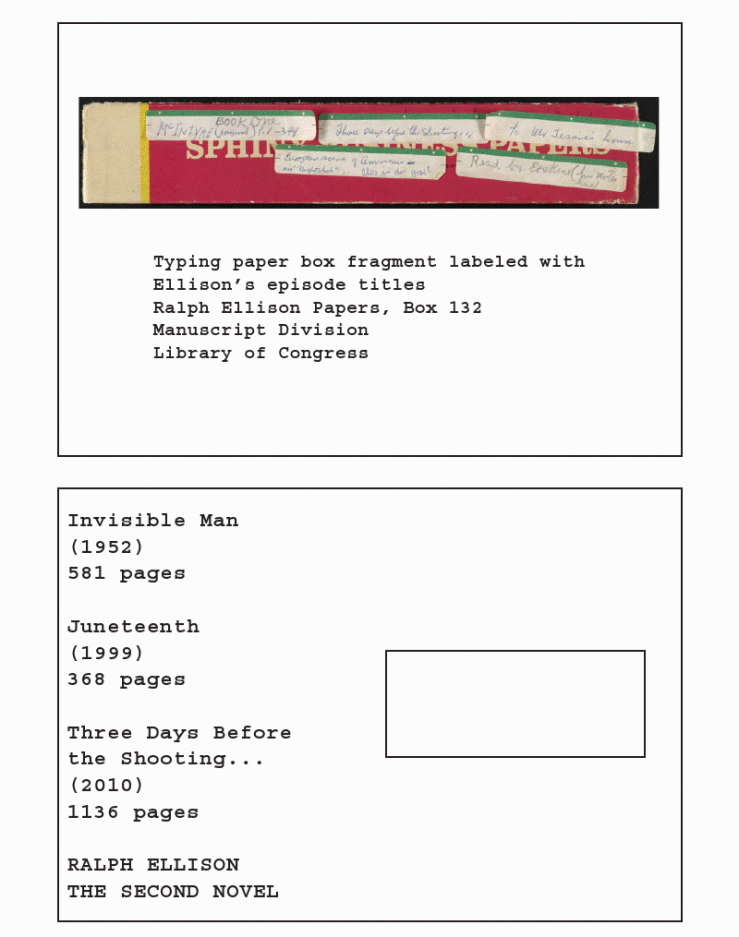 Don DeLillo‘s newest novel Point Omega (sounds like some G.I. Joe shit) will drop in early February of 2010. It’s a slim 128 pages, a novella really, which might be a nice change of pace. Here’s the cover:

Wells Towers had something of a hit this year with his collection of short stories, Everything Ravaged, Everything Burned, but maybe you didn’t read it because it was in oh-so cumbersome hardback. Thankfully, Picador will release Everything Ravaged in trade paperback in February of 2010. In the meantime, check out Chris Roth’s short adaptation of the title story:

There’s no release date yet for Jonathan Franzen‘s forthcoming novel Freedom, but it should come out next year. The novel is Franzen’s follow-up to his breakout hit, The Corrections. Can’t wait an indeterminate measure? The New Yorker published an excerpt called “Good Neighbors” earlier this year.

We began with a posthumous novel and will end with one: David Foster Wallace’s The Pale King may or may not come out in 2010 (some websites are citing 2011 now). We will not parse through the problems of unfinished, post-death work here but simply say we want to read it. We were intrigued by–and enjoyed–the portions of the novel that have been published thus far, and we love Wallace, and we’re greedy, and we want more.