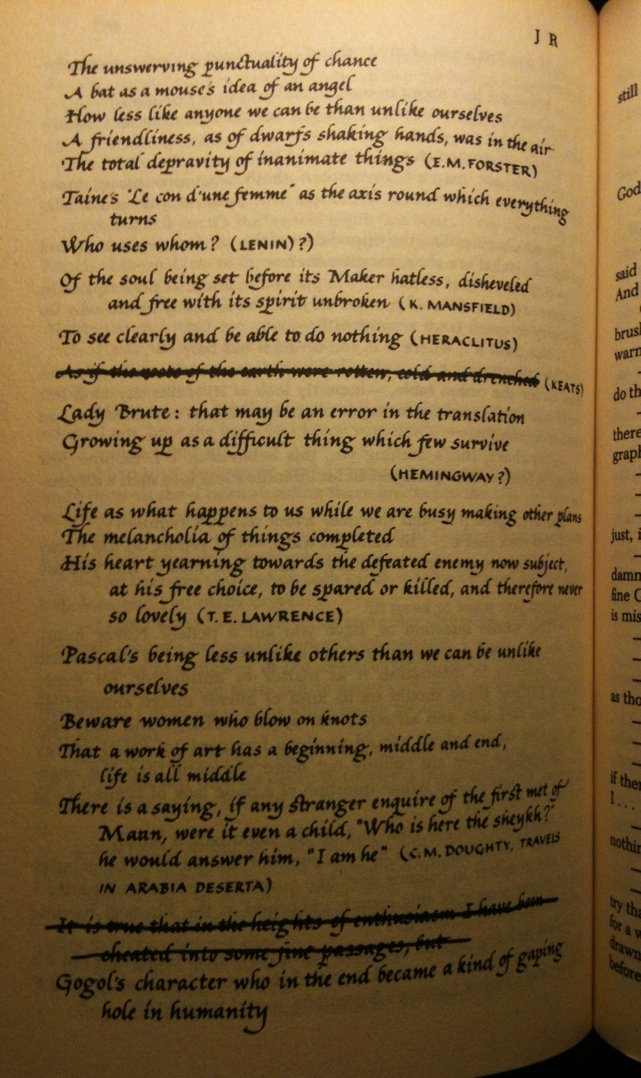 In JR, the sprawling novel of capitalism and art by William Gaddis, Jack Gibbs loads his pockets with crumpled newspaper clippings, racing forms, and citations for a book he’s working on. “More trash,” he mutters about this list (which appears on page 486 of my Penguin Twentieth Century Classics Edition).