Continuing the corner book shelf in the family room.

The bookends are tschotskes from a ¥100 shop; we bought them years ago in Tokyo.

Not particularly fancy but they have a sentimental value. (The big guy is a tanuki, if you’re unfamiliar).

The tin on the far left is filled with miscellaneous papers, old stickers, other small bricabrac. 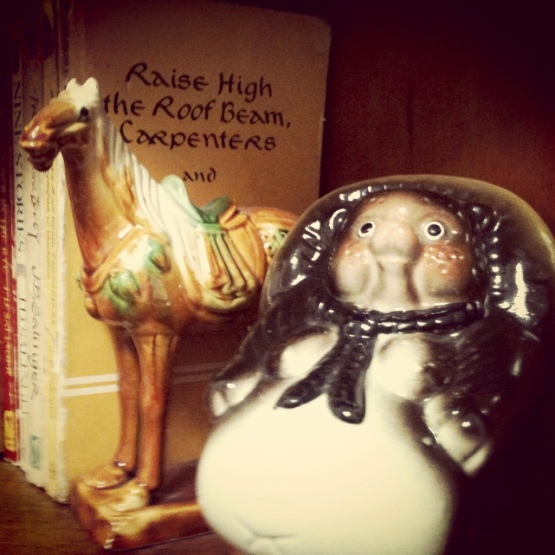 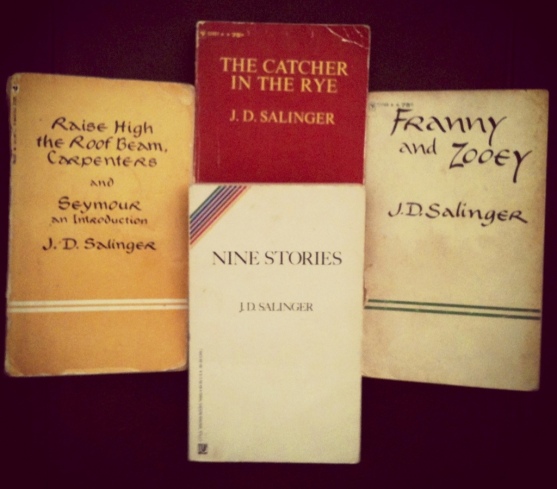 Not sure if these are my wife’s or mine—probably a mix of both. I stole most of these from my high school.

The Catcher in the Rye was as important to me as any other book, I suppose. I wrote about it here.

Nine Stories contains some of Salinger’s most disciplined stuff.

It took me years to finally find the discipline to read Seymour, which is probably the best thing he wrote.