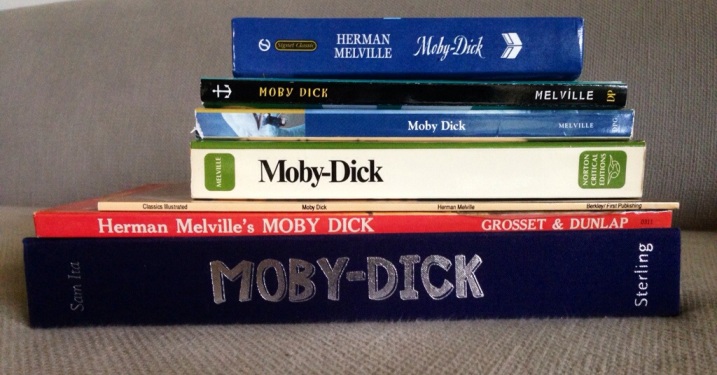 These are (as near as I can tell) all the versions (translations, if you will) of Herman Melville’s Moby-Dick at our house. 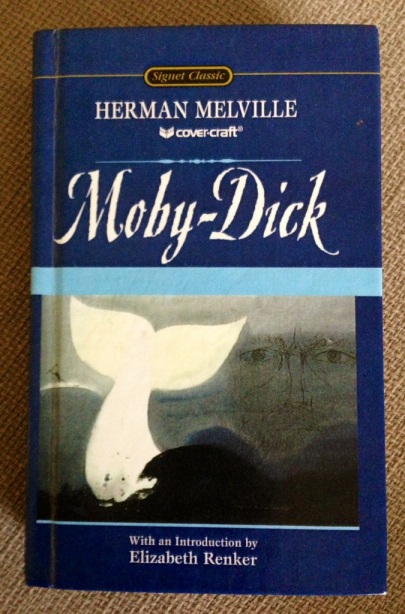 This is my beloved copy, a hardback Signet Classic edition that’s the size of a mass market paperback.

I love this copy because it was the one that I read when I really read Moby-Dick (I also kinda sorta ‘klept it). 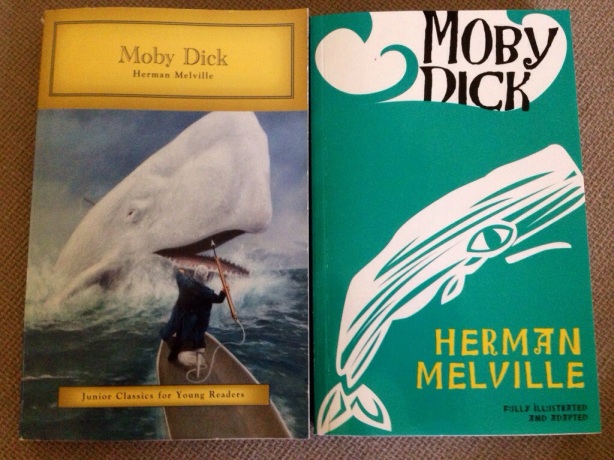 These abridged versions for young readers are the same, despite the cooler updated cover on the right, which I guess fooled my wife into buying another copy for me to read with my daughter. (She liked it the first time though, so….). Even the illustrations are the same: 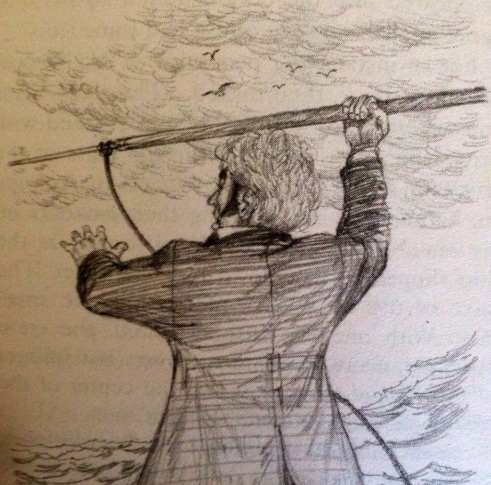 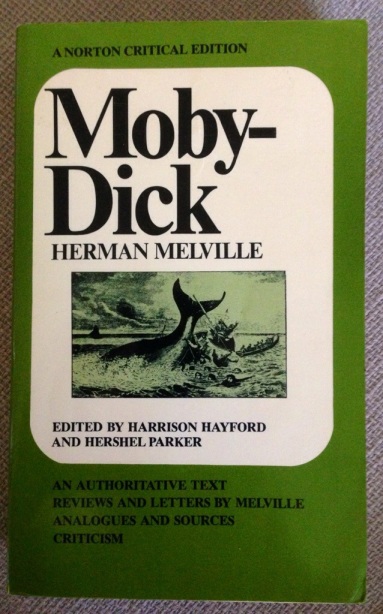 More of a resource than a reading copy—although as Norton Critical Editions go, this one’s footnotes aren’t too obtrusive. Handy dictionary of nautical terms. 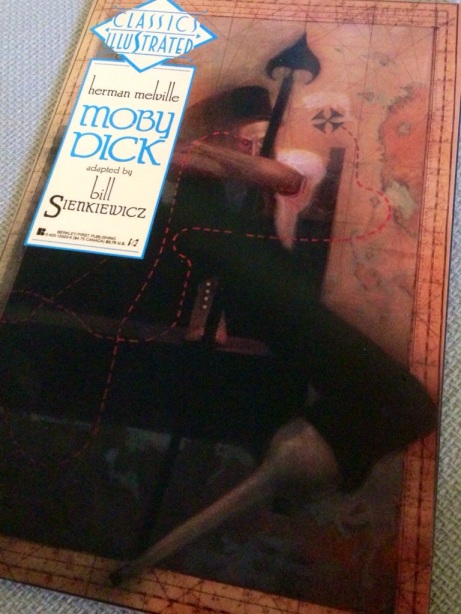 I am a huge fan of Bill Sienkiewicz. And Moby-Dick. I wish his Moby-Dick adaptation had no words though. 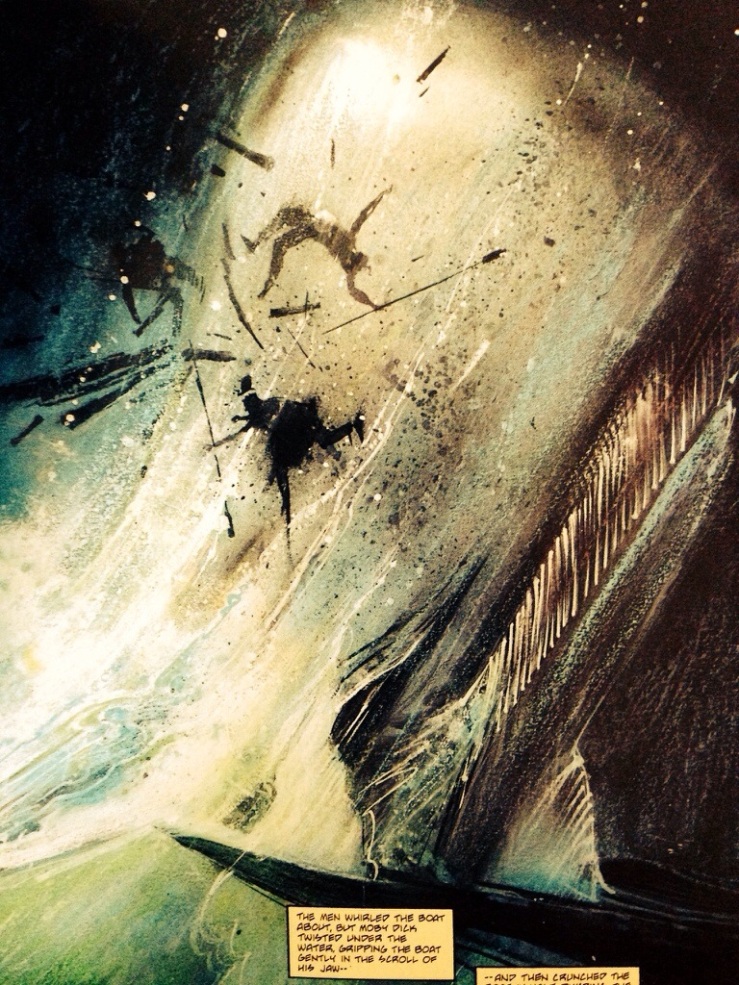 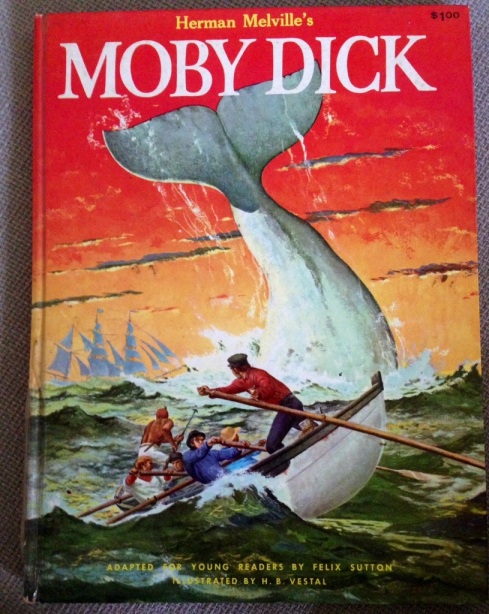 My dad’s childhood adaption, a Grosset & Dunlap from the early ’60s. 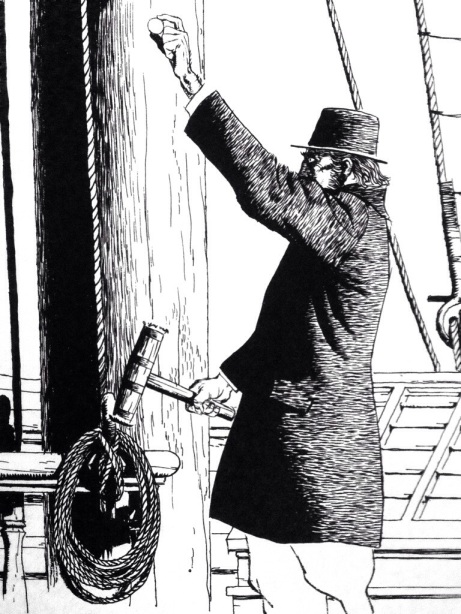 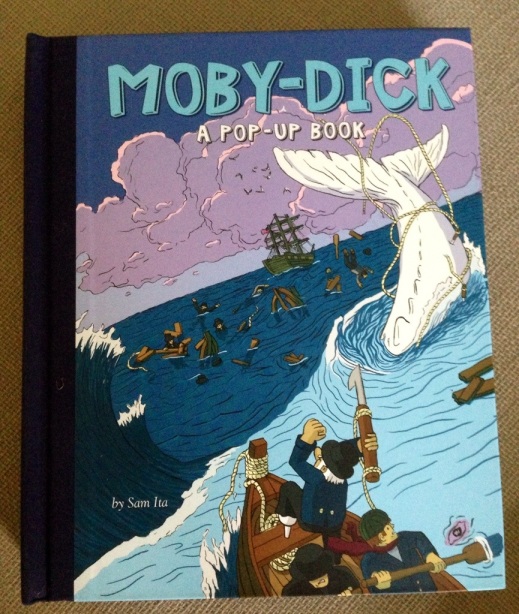 Despite the gross oversight, it’s given me hours of joy with my kids. 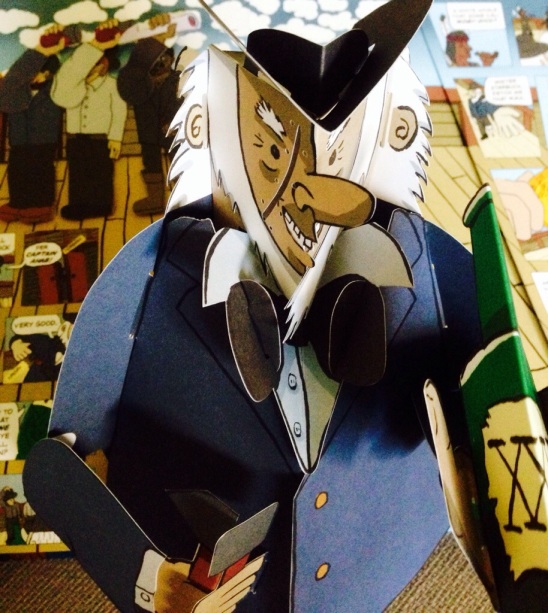 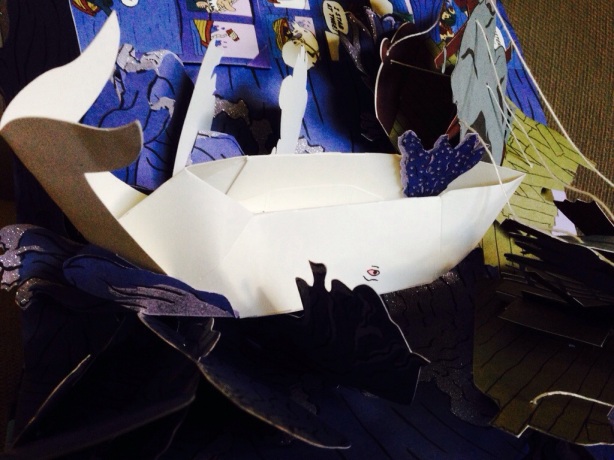 Moby-Dick was published on October 18th, 1851 in England.

The English printer Peter Bentley’s text contained numerous errors, including leaving out the epilogue, where we learn that Ishmael survives to bear witness to disaster.

Although the American printing in November of 1851 emended many of these errors, the early reviews of Moby-Dick were scathing, and Melville’s career and reputation deteriorated.

It wasn’t until the advent of literary modernism in the first decades of the twentieth century that the world caught up to Moby-Dick. 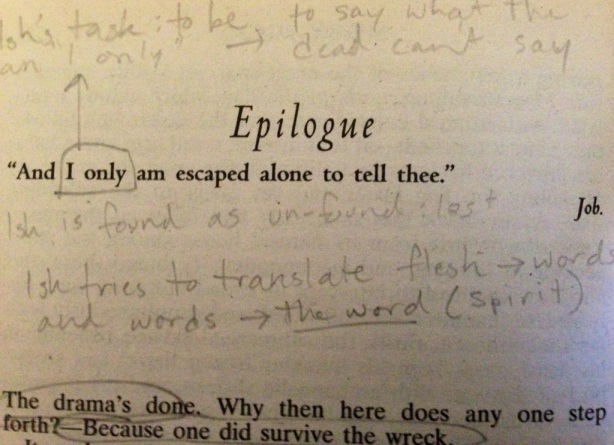