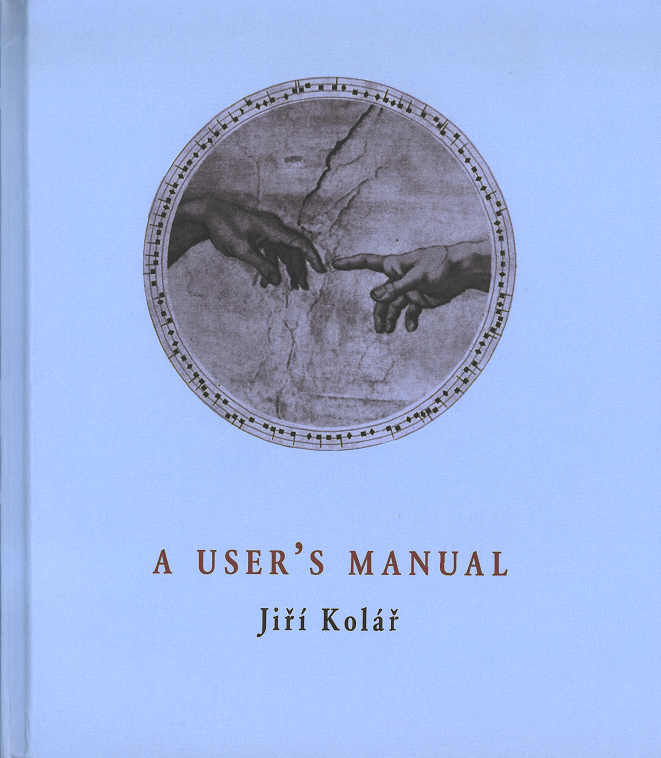 I’ve been slowly enjoying the poems and collages that comprise Jiří Kolář’s collection A User’s Manual (in English translation by Ryan Scott). There are 52 poems and collages here. Each poem is a kind of surrealist recipe, a set of commands that I’ve been trying to follow (in my imagination, I mean). 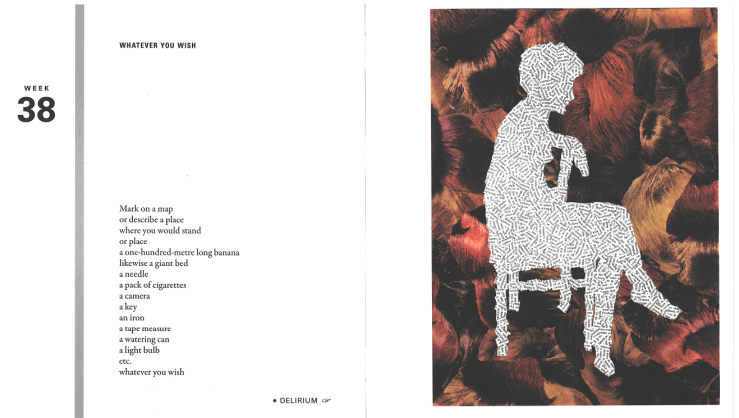 The book itself is beautiful—hardback with full color and black and white illustrations, it fits perfectly with the aesthetic that its publisher Twisted Spoon has been developing for ages now. 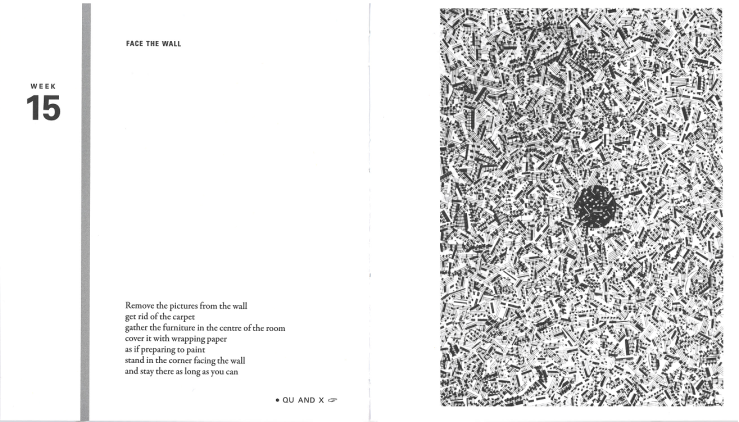 Written in the 1950s and ’60s, the “action poems” comprising a A User’s Manual were published in their complete form in 1969 when they were paired with the 52 collages of Weekly 1967, the first of Kolář’s celebrated series in which he commented visually on a major event for each week of
the year. Taking the form of directives, largely absurd, the poems mock communist society’s officialese while offering readers an opportunity to create their own poetics by performing the given directions. The collages on the facing pages to the poems are composed of layered documents, image cutouts, newspaper clippings, announcements, letter fragments, reports, or decontextualized words, oftentimes forming concrete patterns or the outlines of figures, to create a sort of “evidential” report on the year. Text and image taken together, the volume displays Kolář’s enduring interest in extracting poetry from the mundane to demolish the barrier separating art from reality, or even to elevate reality itself through this dual poetics to the level of art. What art historian Arsén Pohribný wrote about Weekly 1968 equally applies to Weekly 1967: it “shocks with its abrupt stylistic twists” and is “a Babylonian, hybrid parable of multi-reality.” The volume also includes the complete Czech text as an appendix.