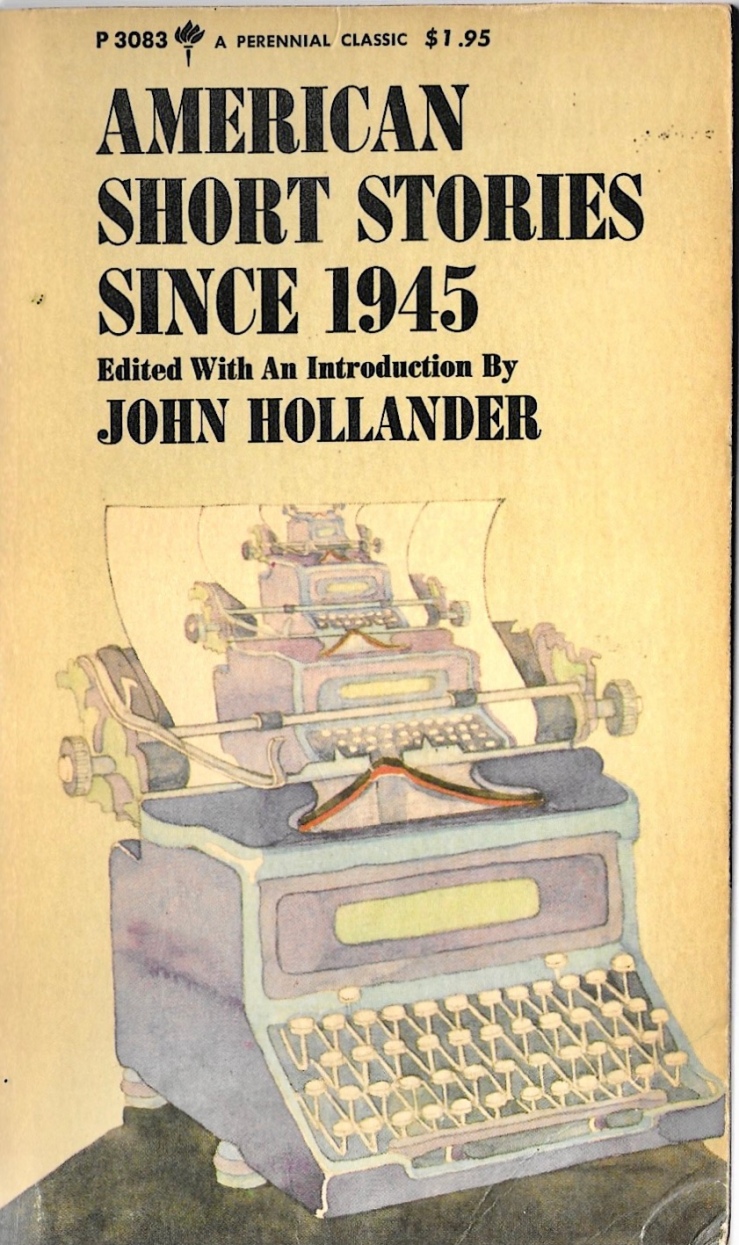 I was perusing the anthologies, looking for a book called Anti-Story: An Anthology of Experimental Fiction (1971). I didn’t find it, but the spine of American Short Stories Since 1945 interested me enough to pull it out, and the wonderful cover (by Emanuel Schongut) intrigued me more. The tracklist on the back cover is what got to me: 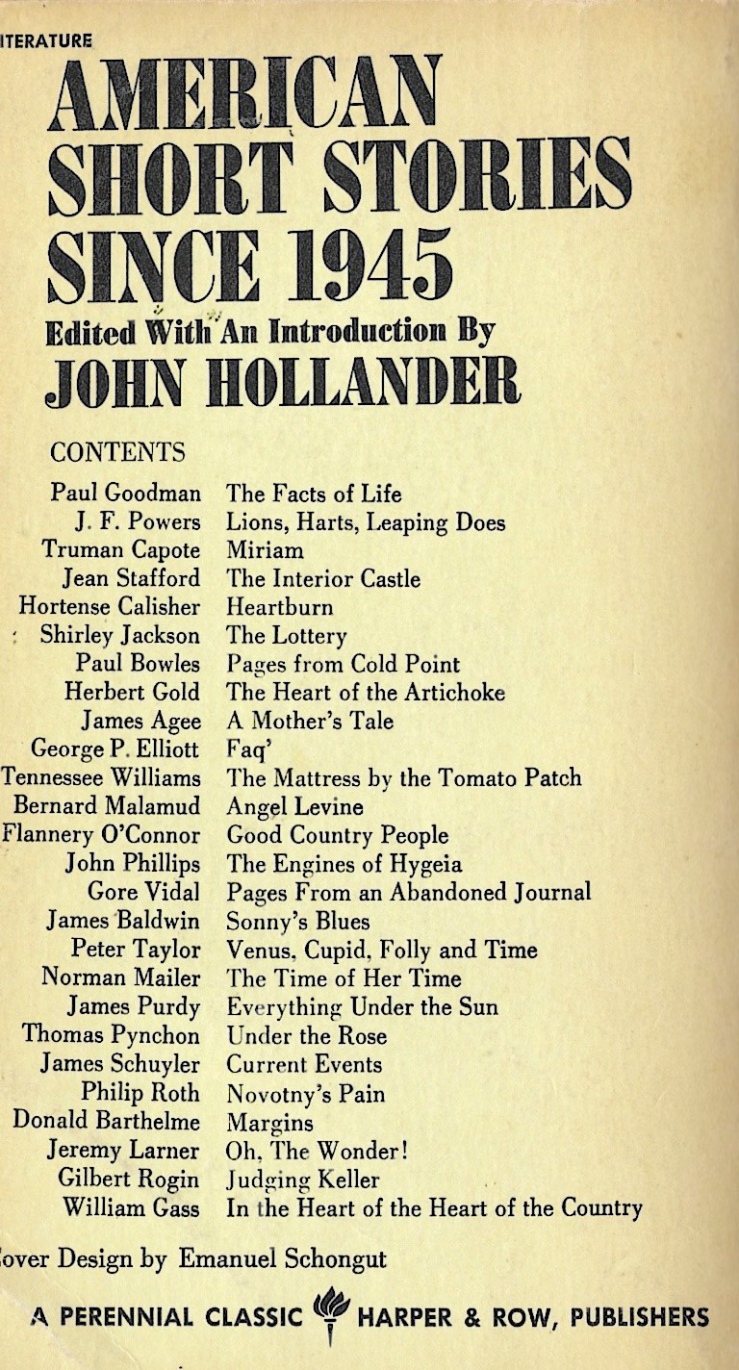 I’ve read seven of the stories and fourteen of the twenty-six authors here. You probably have too. But there are close to a dozen authors here I’ll admit I’ve never even heard of—authors rectangle-pressed in with favorites of mine like Barthelme, Gass, Jackson, and Pynchon, whose piece “Under the Rose”is part of V., which I recently re-read. (I opened the “Acknowledgements” page to see that “Under the Rose” was first published in Noble Savage 3, May 1961—I checked the “N” anthologies and found Noble Savage #2, but no three for me.)

Edited and introduced by the poet John Hollander, Since 1945 “aims to show the major shapes taken by shorter fiction in America since the end of World War II.” Published in 1968, it’s heavy on the white guys, but I think there’s an attempt here to point toward not just “major shapes,” but new shapes.

I couldn’t not pick it up (I’d brought in some paperbacks to trade, anyway). Maybe I’ll try to read it this summer, posting on each piece. I’m most interested in how the selection of authors shows a tipping over in to postmodernism, a postmodernism many of these guys never signed up for.