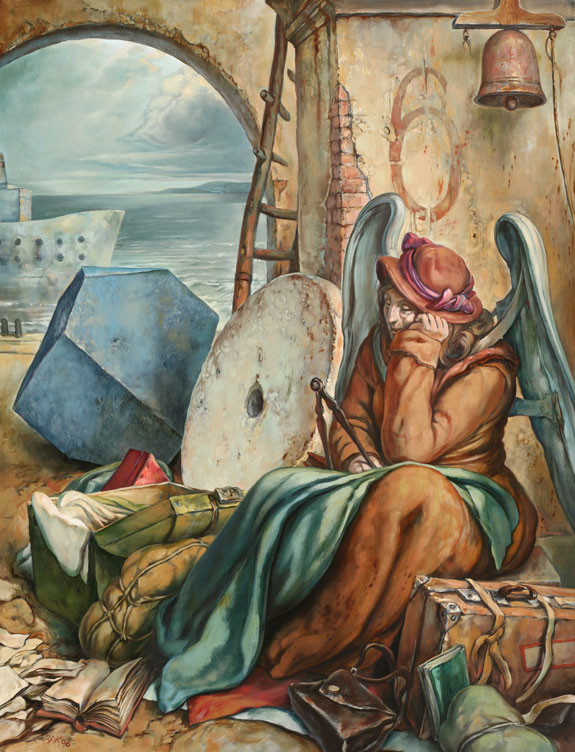 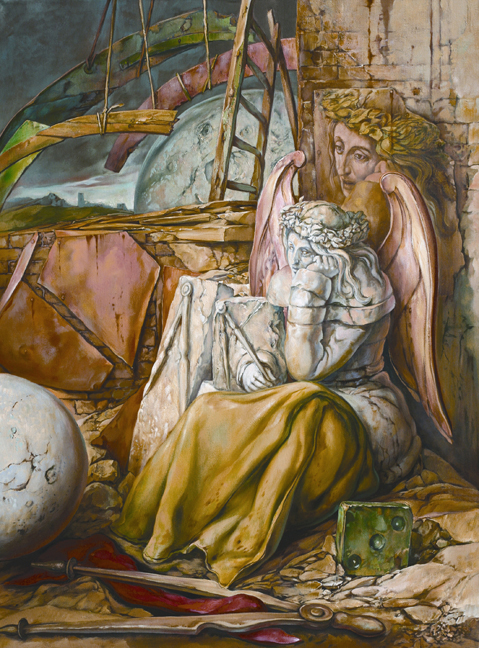 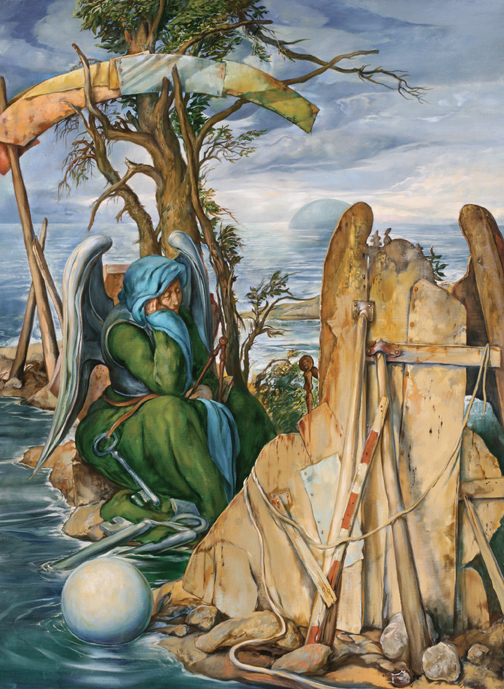 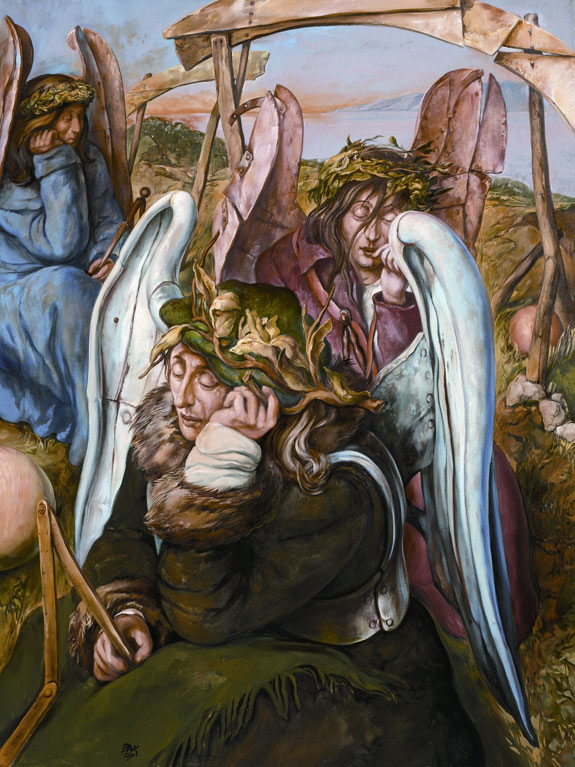 This realization of the impossibility of salvation matches the unrelated condition of melancholy which, in developing its own rituals, promises some relief but not release from suffering and the “feral deseases” so often mentioned in Robert Burton’s Anatomy of Melancholy. Among these rituals, in the narrator’s case, are the nocturnal reading of telephone directories and timetables, the unfolding of maps, and the making of plans for imaginary journeys to the most distant of lands, countries that might well lie beyond the sea shown in the background of Dürer’s Melencolia. Like Robert Burton, who was familiar with melancholy all his life, the narrator is a man “who delights in cosmography … but has never travelled except by map and card.” And the summer bed with room enough for seven sleepers where he meditates on stories such as that of the Black Death, with all its paths and coincidences, is of the same century as Burton’s compendium, an era of anxiety when the fear was first uttered “that the great mutations of the world are acted, or time may be too short for our designes.” The narrator’s digressive excursions from the starting point of this realization open up the view—again, a reminiscence from Hamlet—of a world lying far below melancholy, a “dead globe crawling with parasites” whose power of attraction is spent and forfeit. The icy sense of distance as the narrator turns away from all earthly life represents a vanishing point in the dialectic of melancholy. However, the other dimension of the Saturnian circumstances responsible for melancholy does point, as Benjamin has said and in the context of the heavy, dry nature of that planet, to the type of man predestined to hard and fruitless agricultural labor. It is probably no coincidence that the narrator’s only utilitarian occupation seems to be growing herbs. He sends these herbs, dried and in carefully adjusted mixtures, to various delicatessens in Milan and Amsterdam as well as to Germany, to Hamburg and Hannover. Perhaps they bear the words “Rosemary, that’s for remembrance” written in Ophelia’s hand.