Despite having a pretty large TBR stack, I killed this afternoon’s spare hour at my favorite used bookstore. This particular bookstore is a maze of used books, labyrinthine walls of books, with ever-mutating shelves growing from the floor all the way up to the ceiling. I confess I don’t always stoop low—I get old, I get dizzy—but stooping low to look for something else (which I now misremember; I get old) I found a big fat stack of copies of John Kennedy Toole’s cult novel A Confederacy of Dunces. Which I have never read. Which was recommended to me twenty years ago when I wasn’t so old, when I was way into Vonnegut, Burroughs, Hemingway. Which was recommended to me by someone who had made me read Tom Robbins. Which was why I didn’t bother to read A Confederacy of Dunces. I’ve always sort of assumed that I’d missed my window with this one—not sure why—-like that I should’ve read it before I was thirty. Anyone, I threw it out on twitter and some smart folks gave me the go ahead. So we’ll see.

I also found a copy of The Bridge of Beyond by Simone Schwarz-Bart. Again, I wasn’t looking for this book. Actually, I found this Heinemann Caribbean Writers Series edition quite by accident, but recalled the NYRB edition (both are translated by Barbara Bray) and picked it up. I usually am not a big fan of photographs of people on covers, but I really like this one.  I’ll steal NRYB’s blurb:

This is an intoxicating tale of love and wonder, mothers and daughters, spiritual values and the grim legacy of slavery on the French Antillean island of Guadeloupe. Here long-suffering Telumee tells her life story and tells us about the proud line of Lougandor women she continues to draw strength from. Time flows unevenly during the long hot blue days as the madness of the island swirls around the villages, and Telumee, raised in the shelter of wide skirts, must learn how to navigate the adversities of a peasant community, the ecstasies of love, and domestic realities while arriving at her own precious happiness. In the words of Toussine, the wise, tender grandmother who raises her, “Behind one pain there is another. Sorrow is a wave without end. But the horse mustn’t ride you, you must ride it.”

I also found myself intrigued by some large illustrated editions of Melville and Poe, although I resisted picking them up. I really love the simple design of this 1931 omnibus Romances of Herman Melville—

As far as I could tell, the publishers failed to credit the edition’s illustrator, but he signed it—Edward S. Annison.

The editors of an oversized 1973 David R. Godine edition of Poe’s only novel, The Narrative of Arthur Gordon Pym did bother to name the illustrator: Gerry Hoover. Hoover’s illustrations are pretty creepy: 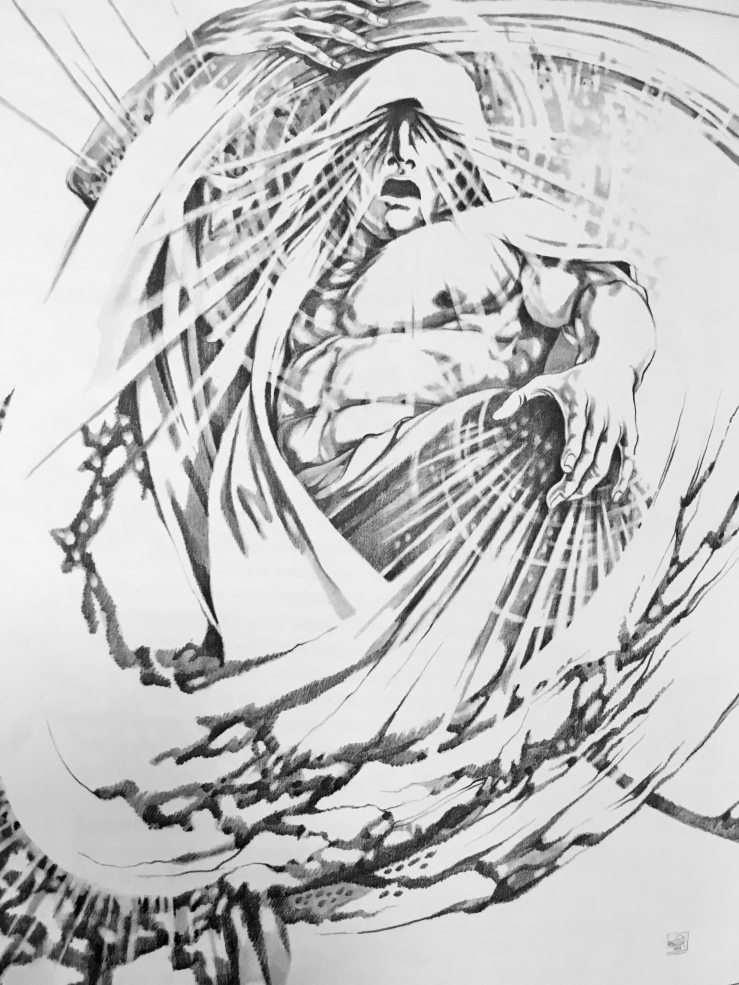 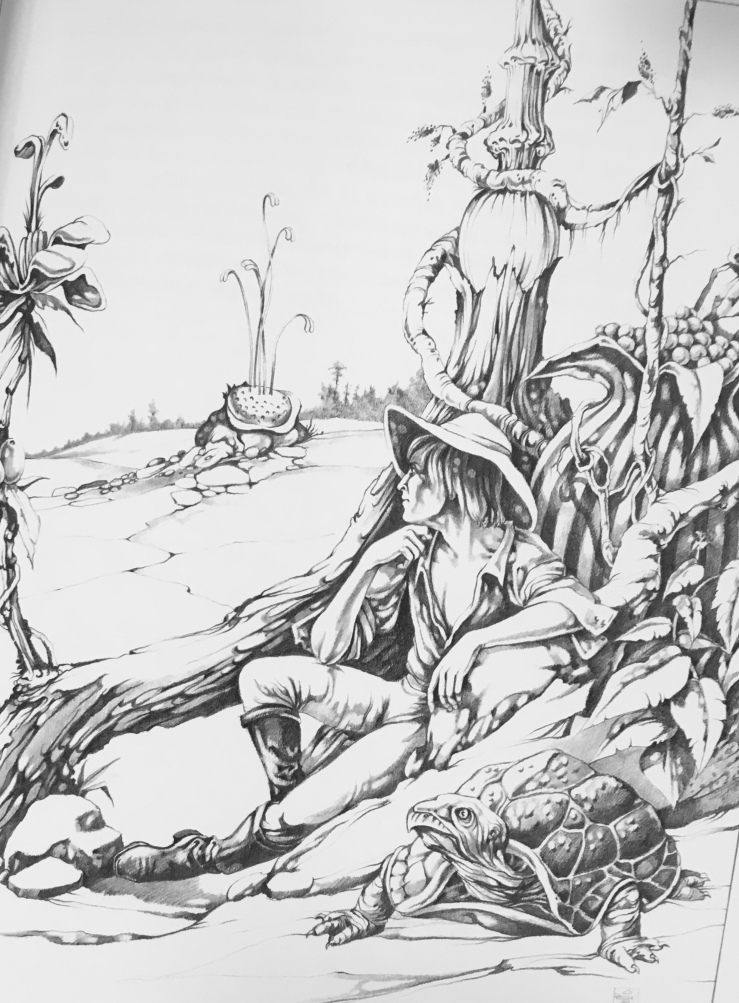 Okay—maybe the last one isn’t creepy. But the tortoise’s grimacing beak is intense.