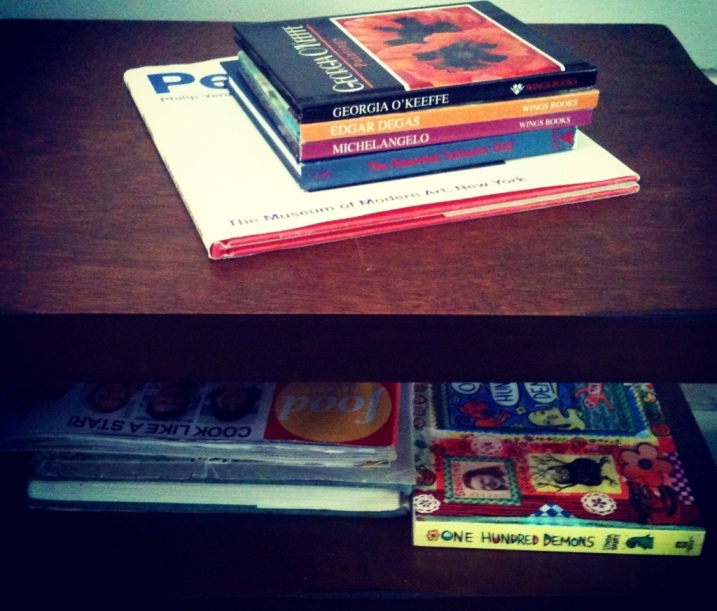 A little end table next to the couch in our family room.

The books on top are little art books we keep out for the kids to look at, including People— 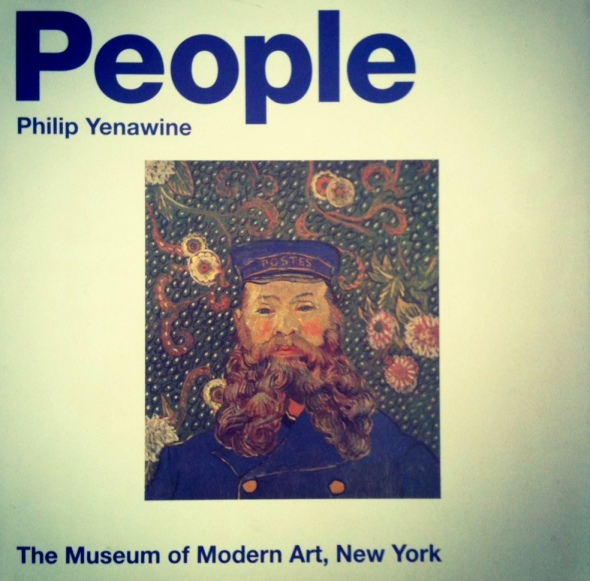 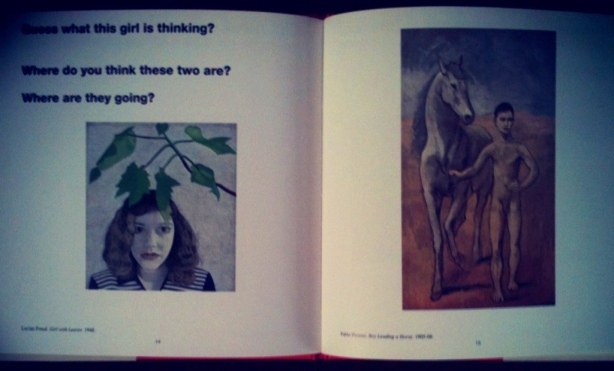 On the second shelf, along with a cooking magazine: The People Could Fly and Lynda Barry’s One Hundred Demons: 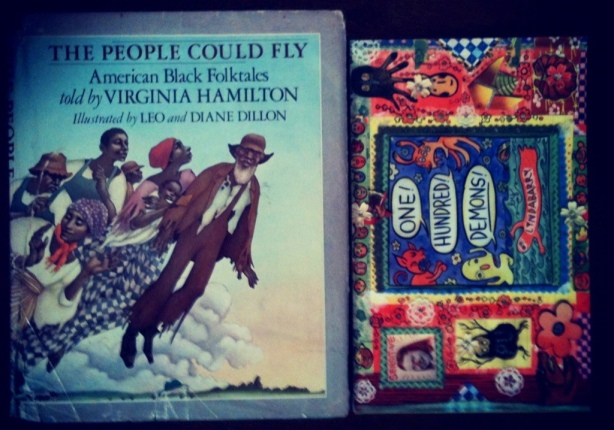 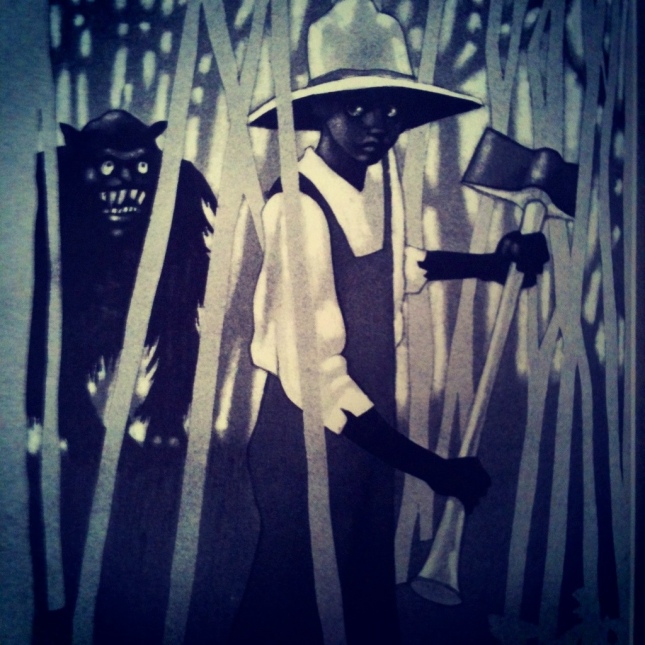 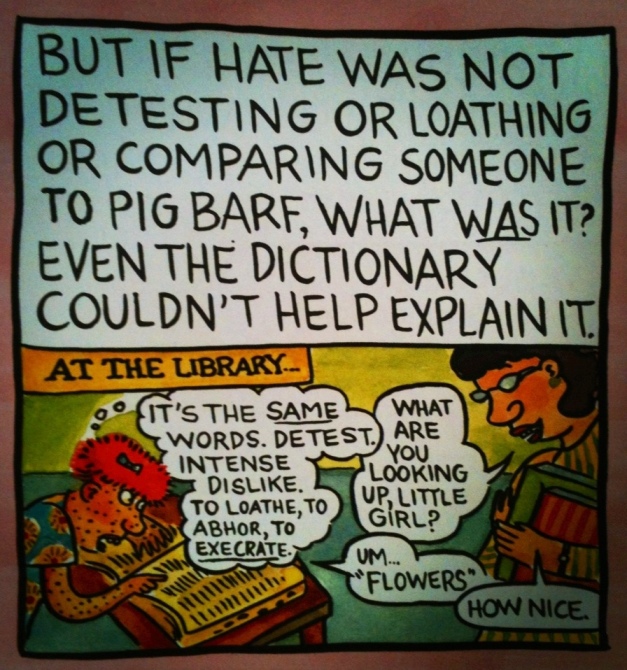 There are two drawers; one holds electronic manuals. The second holds McSweeney’s #33, the newspaper issue, which was pretty damn unwieldy: 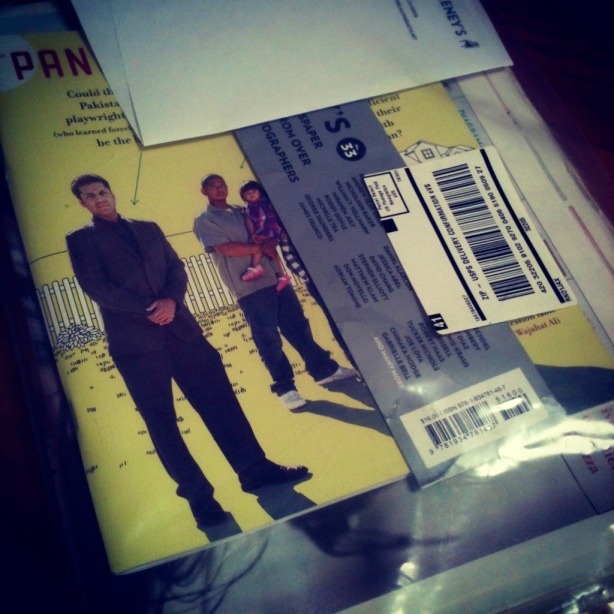 A comic from the McSweeney’s by Michael Kupperman: 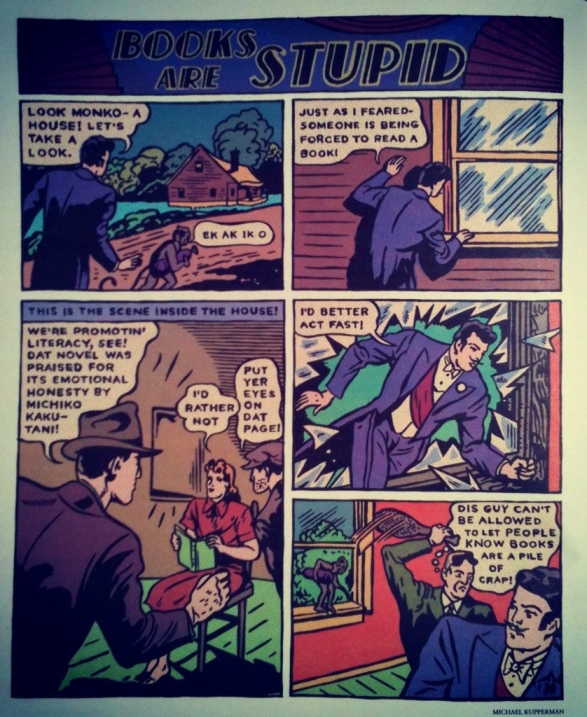