1. I hadn’t read a review of Under the Skin until after I watched it, but I had gleaned an idea of it based on taglines and posters—something like “Scarlett Johansson as a sexy alien seducing men in Scotland.”

4. Under the Skin is best experienced as light and sound—as aesthetic.

6. For Under the Skin, Glazer adapted Michel Faber’s novel of the same name. I haven’t read the book, but a cursory cruise over its Wikipedia page suggests that Glazer dissolved most of the plot, keeping just the frame, or the idea of a frame for his film.

7. What I liked most about Under the Skin: The film is not really about anything. The film just happens.

8. Point 7 is a terrible description! Of course the film is about something—but its themes and motifs are overdetermined and underexplained—or not explained at all.

9. There is very little dialogue in the film—no exposition or explanation for what’s happening, let alone a conversation that might guide the audience to how to think or feel about what’s happening.

10. (Okay: This is not entirely true, but it is mostly true. There is a key conversation, if it can be called that, between Johansson’s unnamed character and a man with a deformed face).

11. The bits of dialogue that do evince often seem unscripted and random. The men Johansson’s character picks up speak in thick Scottish accents, their voices often obscured behind a din of traffic, buzz of music, or the thick glass windows of the van she drives around in.

12. (A favorite moment of auditory distortion in Under the Skin: In a domestic scene, in a kitchen, cleaning up, a man turns on his radio and just-barely tunes in a station. Deacon Blue’s “Real Gone Kid” plays through a hazy crackle. Lovely).

13. The sound mixing in the film is beautiful—waves crashing, the clip-clop of horse hooves on a high road, the wind blowing heavy through tall evergreens—these auditory cues mix in with Mica Levi’s creepy, lush score, which channels Krzysztof Komeda’s work and Bernard Herrmann’s Psycho score through Portishead and Loveless 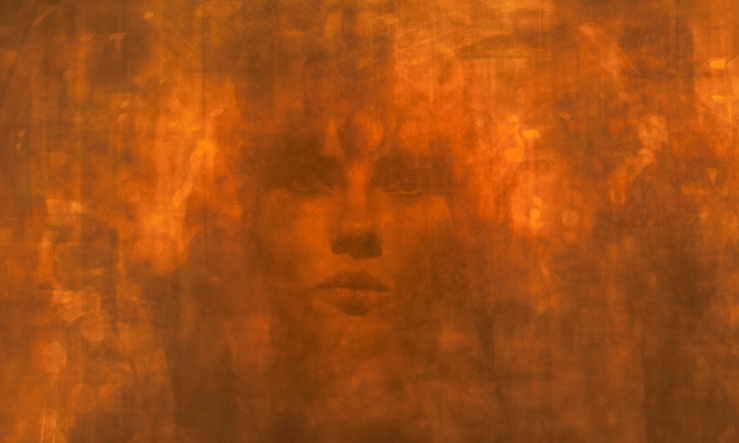 14. Sound and light—those shots: Cinematographer Daniel Landin is the secret star of the film. Every shot is gorgeous, painterly, and if Glazer often allows a scene to linger just past an acceptable threshold, it’s because he’s in love with the film’s dark beauty.

15. (And/or: Glazer lets his shots linger so long to provoke the viewer into a kind of hypnotic discomfort).

16. The film’s early visual references to Kubrick’s 2001 are a bit on-the-nose—too on-the-nose, too expected. As the film progresses, the shots take their cues not from Kubrick’s sci-fi classic, but his most painterly film, Barry Lyndon.

17. (Under the Skin also reminded me of Upstream Color, Moon, The Man Who Fell to Earth, Tree of Life, and Morvern Callar).

18. The film is best enjoyed, as I’ve said, as an aesthetic experience, art, if that’s the word you like. I think that viewers who attempt to impose their own narrative logic on the film will attune their energy to the wrong frequency. Let the aesthetic happen.

19. (The beach sequence in this film is one of the best scenes I’ve watched in a long, long time).

20. I have completely and purposefully neglected to mention anything about the plot, because I do not think the plot, in the sense of plot-as-arrangement-of-action matters to the film. The film’s aesthetic is the plot.

21. And Under the Skin’s aesthetic is the film’s theme. This film is about seeing, hearing. Touch, taste, smell.

You can boil that down to whichever theory floats your boat—the male gaze, alienation, othering, sexual subversion, radical feminism, etc.—but I think that imposing any schema, any deep reading here, may be a way of anesthetizing the film’s aesthetic.

15 thoughts on “Under the Skin Riff”