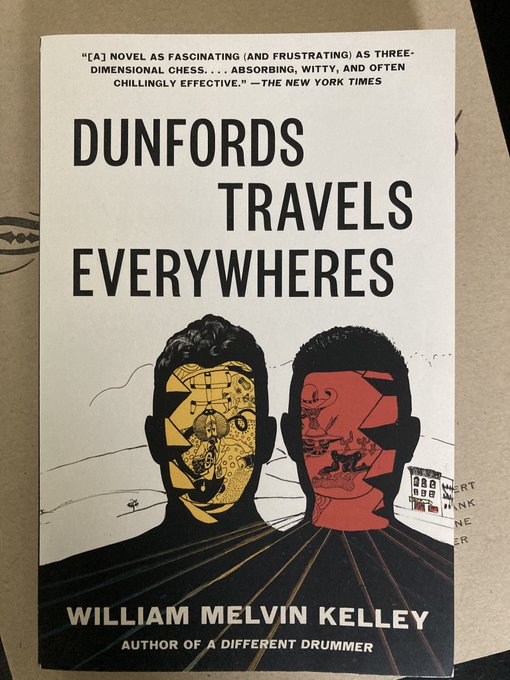 Earlier this summer, I “discovered” the long-neglected novels of William Melvin Kelley, first through an essay on postmodern fiction by Black American authors (I can’t find the essay now, but I think it was by Bernard Bell), and then in a more-widely circulated article at The New Yorker. I then read Kelley’s first novel A Different Drummer and his fourth novel, dem. What I really wanted to read though was Kelley’s final novel, Dunfords Travels Everywheres, which is generally described as his most postmodern and Joycean.

Dunfords was, at that point, not in print. I had no success finding it at my local used bookshop, so I looked on Abebooks, where I discovered that the cheapest copies were going for a hundred bucks.

Fortunately, Anchor Books has reissued Dunfords Travels Everywheres—it’s out later this month. Even better, they’ve included the many pen-and-ink illustrations for the book that Kelley commissioned from his wife Aiki. These illustrations were not included in the novel’s first edition in 1970. Here is one of her illustrations: 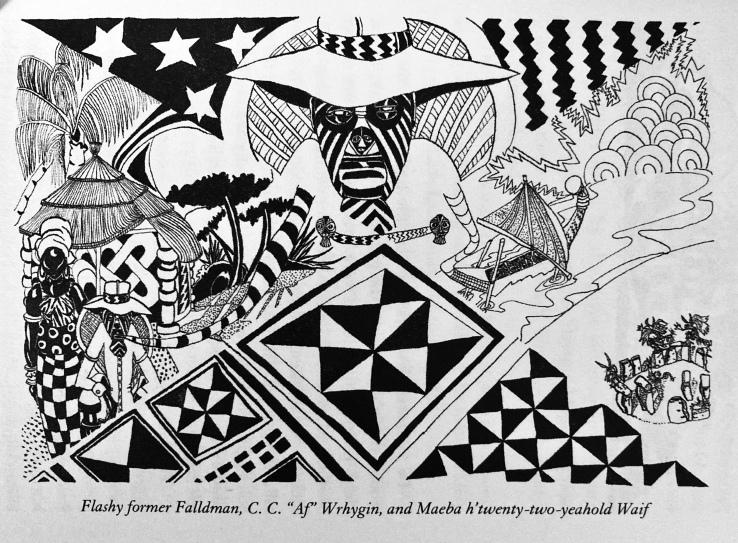 William Melvin Kelley’s final work, a Joycean, Rabelaisian romp in which he brings back some of his most memorable characters in a novel of three intertwining stories.

Or just along with Chig Dunford, product of Harlem and private schools, on the circular voyage of self-discovery that takes him from Europe’s Café of One Hand to Harlem’s Jack O’Gee’s Golden Grouse Bar & Restaurant.

Beginning on an August Sunday in one of Europe’s strangest cities, Dunfords Travels Everywheres but always returns back to the same point—the “Begending”—where Mr. Charcarl’s dream becomes Chig Dunford’s reality (the “Ivy League Negro” in the world outside the Ivory Tower).