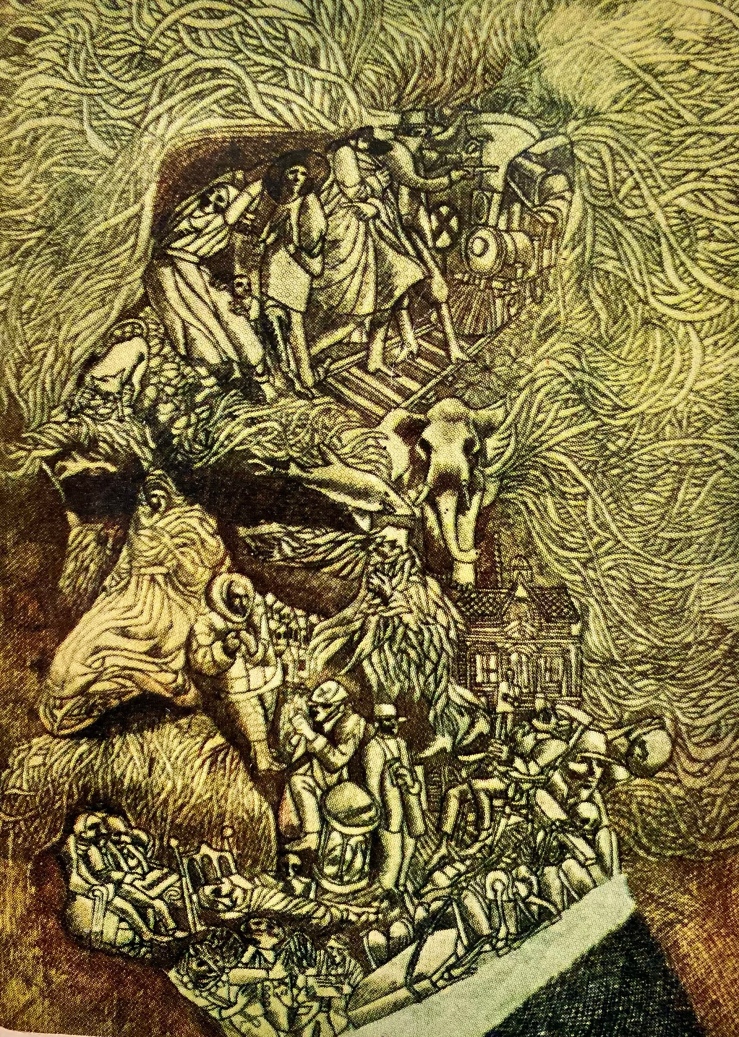 I’ve made a habit of prowling around my own shelves each week, trying to build a small stack of books I can part with. I then head up the street to trade the books in. Lately, I’ve done a decent job of leaving with far fewer books than I brought in to trade—hell, last Friday I came back with no books.

I always have a little mental checklist of books I’m hoping to come across. It mutates and swells, and I get lucky a lot of times. Sometimes I grab stuff at near-random. And other week’s are stale. Increasingly, I search for first editions and interesting mass market paperbacks, a reversal of a previous version of myself who found hardbacks clunky and mass market paperbacks cheap. Mass market editions tend to have wilder art, more interesting designs, and generally take more risks than contemporary, respectable trade paperbacks, as do older hardbacks. I ended up with three first editions. I was not especially looking for any of the books I acquired.

I was looking for certain books of course. Here are some interesting book covers I saw while looking for what I did not find. 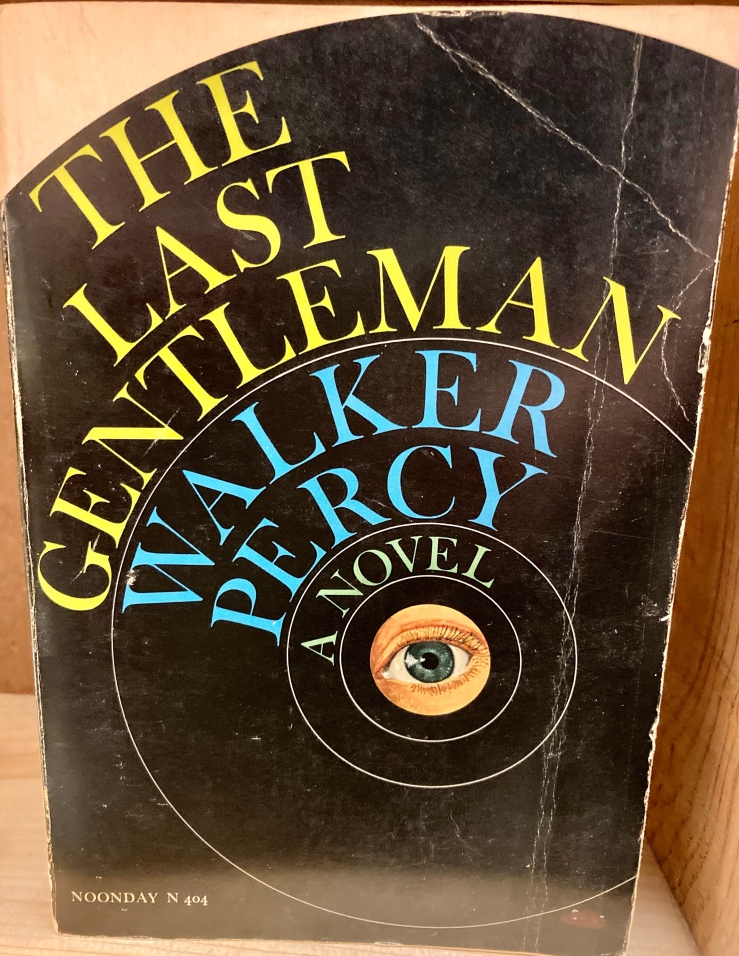 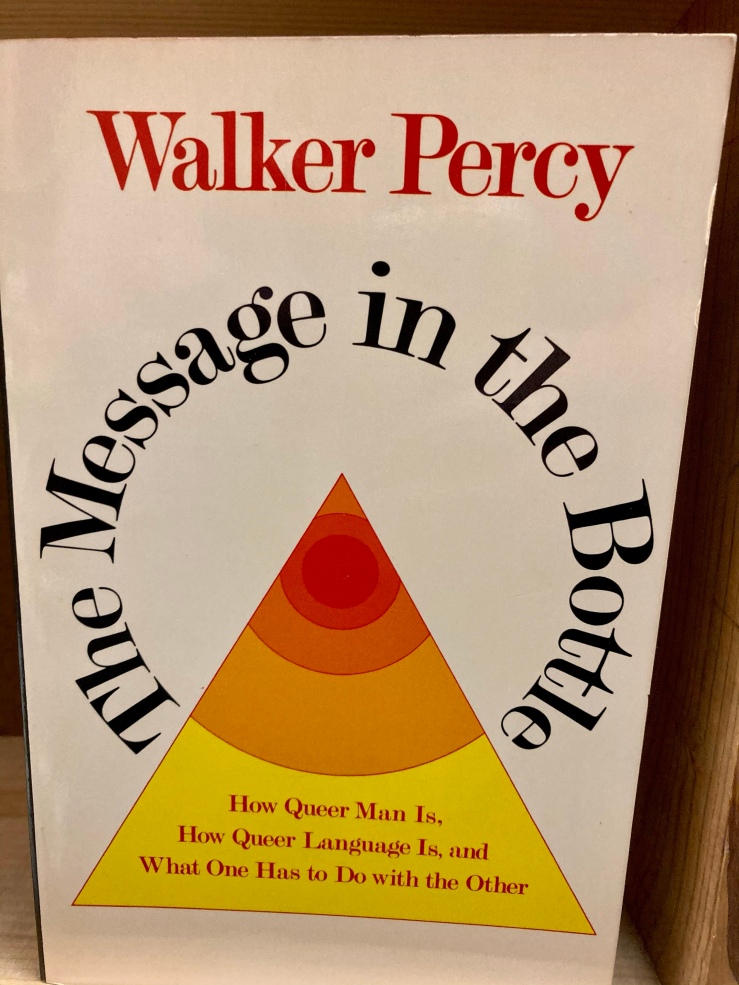 I was looking for Walker Percy’s second novel Love Among the Ruins. I’d found a copy at this same book store last year—a first edition in beautiful condition with a really cool cover. I almost bought it (I think it was seven bucks) and now regret not having done so. I’m sure I’ll regret skipping on both of these Percy books, both of which have cover designs by Janet Halverson. 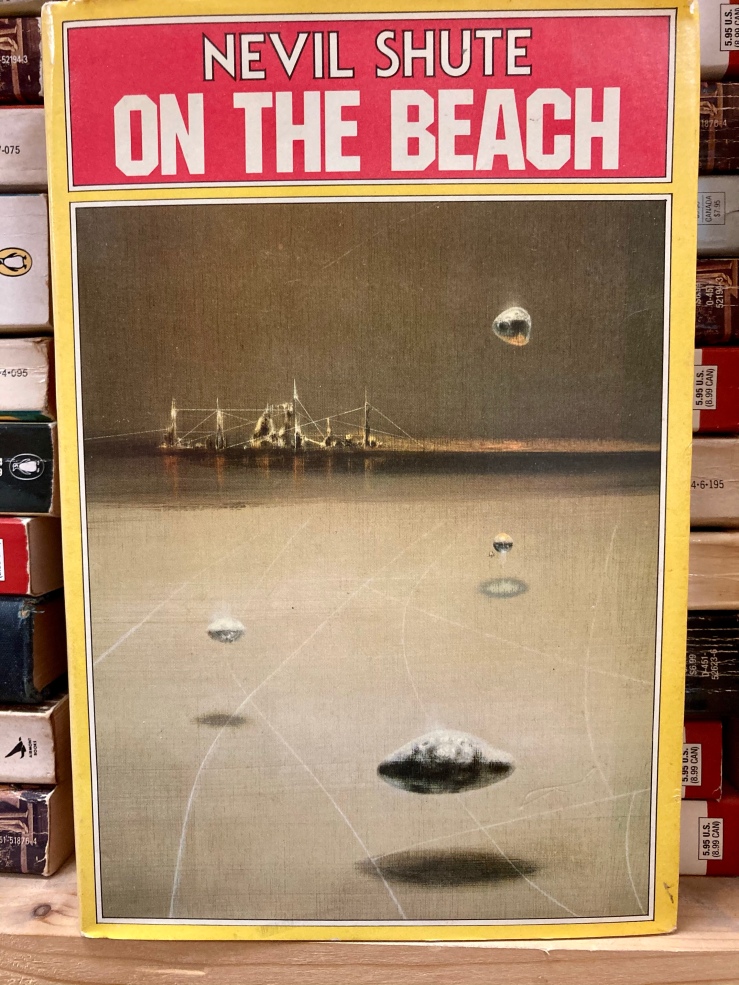 I wasn’t looking for anything in particular when I saw this hardback copy of Nevil Shute’s On the Beach, but the font on the spine attracted me. Love the cover painting, which is by Richard Powers (I assume this is a different Richard Powers than the American novelist). 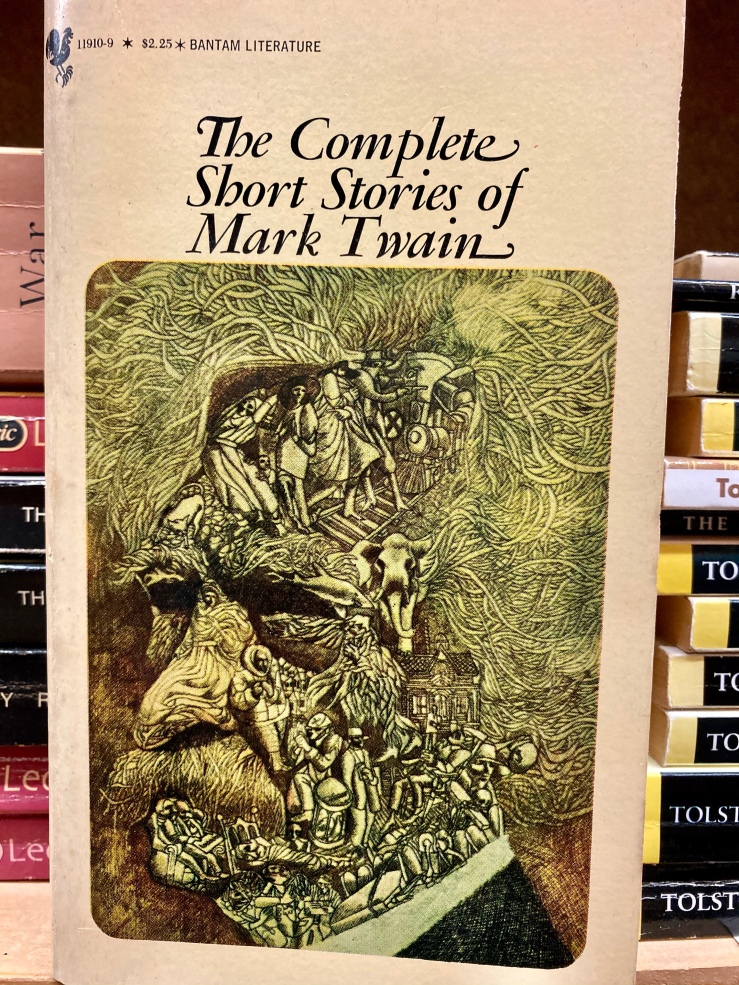 I wasn’t looking for anything in particular when I picked up this Bantam collection of Mark Twain stories, which has a very cool uncredited Giuseppe Arcimboldoesque cover. Not sure why I picked it out. But I love the cover. 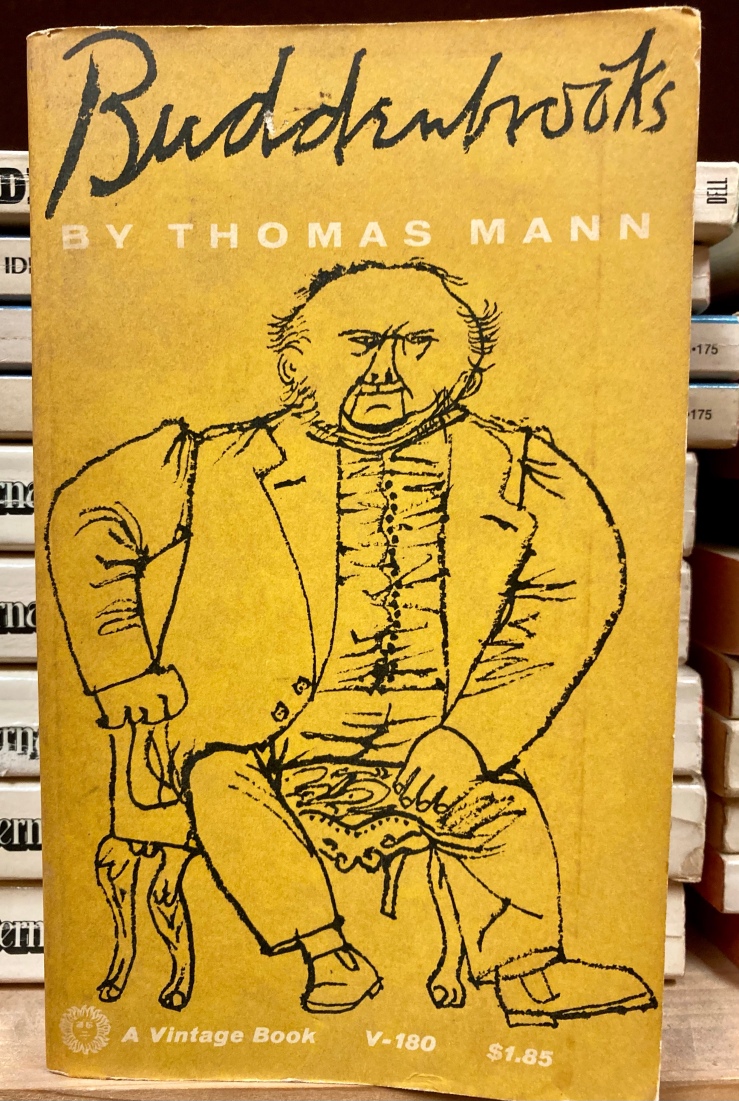 I was hoping to score a cheap paperback copy of one of David Marskon’s early novels when I came across this edition of Thomas Mann’s Buddenbrooks with a cover by Ben Shahn. 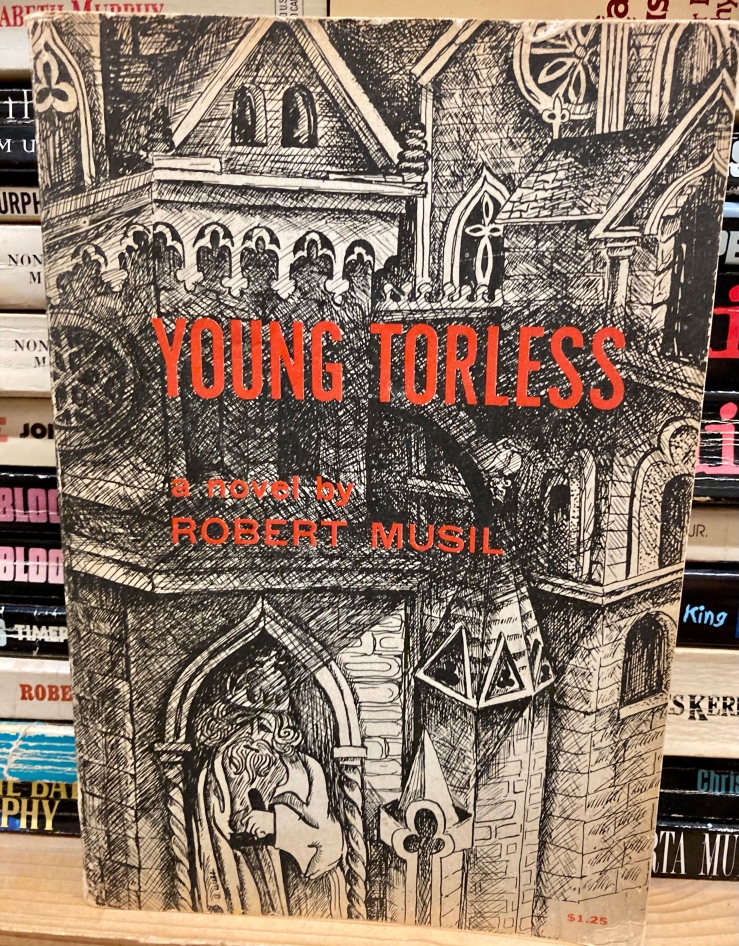 I was looking for anything by Gerald Murnane when I found this beautiful edition of Robert Musil’s Young Torless. 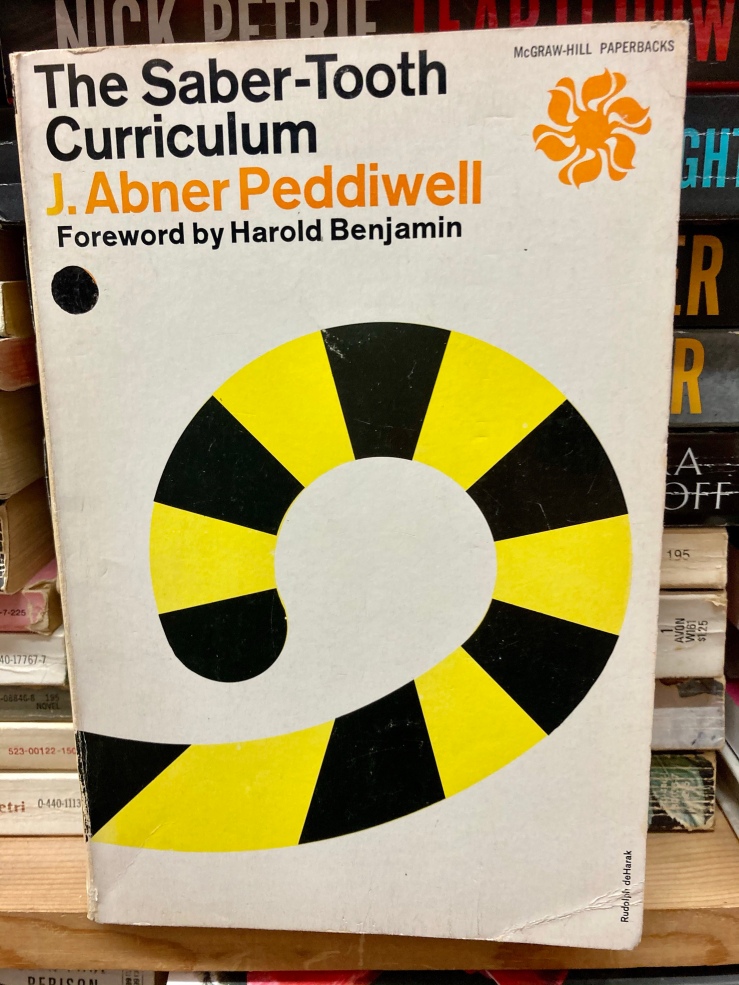 The bookshop I frequent separates “Classic Fiction” from “General Fiction” (with some somewhat arbitrary distinctions, in my opinion)—so I checked under the “PE” section in general fiction for a stray Walker Percy (no luck). Never heard of J.Abner Peddiwell’s The Saber-Tooth Curriculum but I love the simple expressive cover. 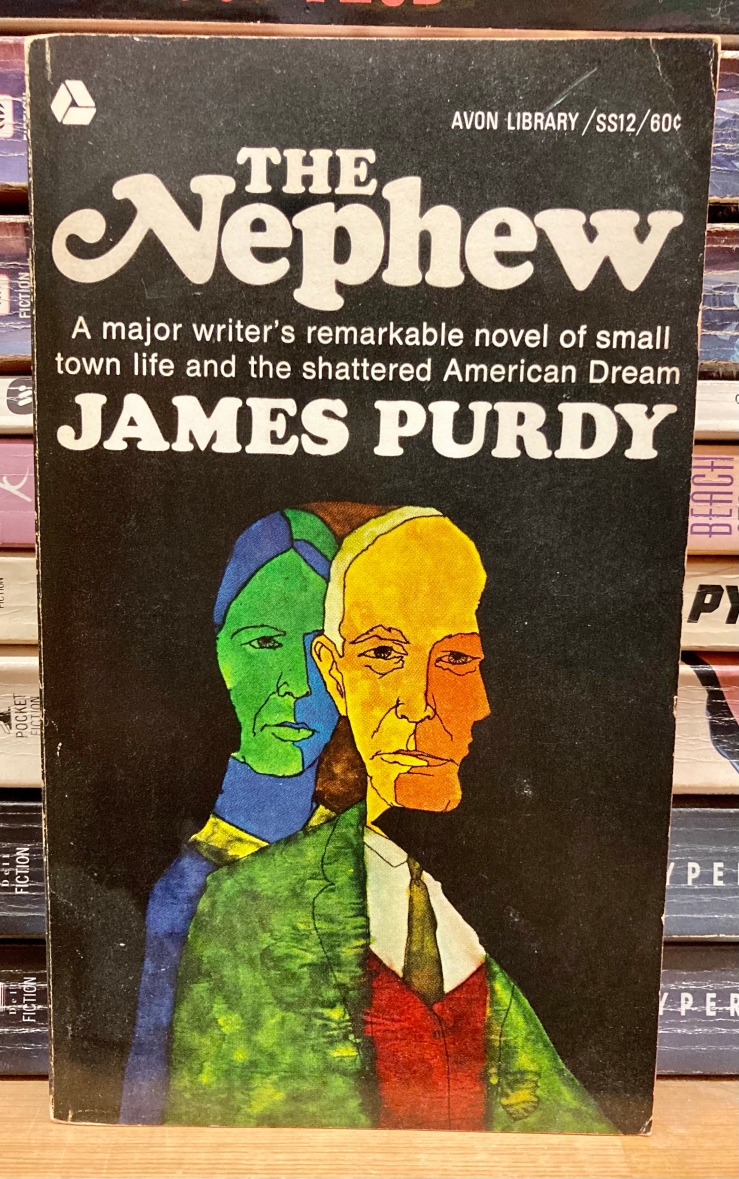 Walking past “PE,” “PI,” “PL” etc. I stopped at section on James Purdy to check out this edition of The Nephew. I’ve never been able to get into Purdy—seems so sad—but I love this cover. 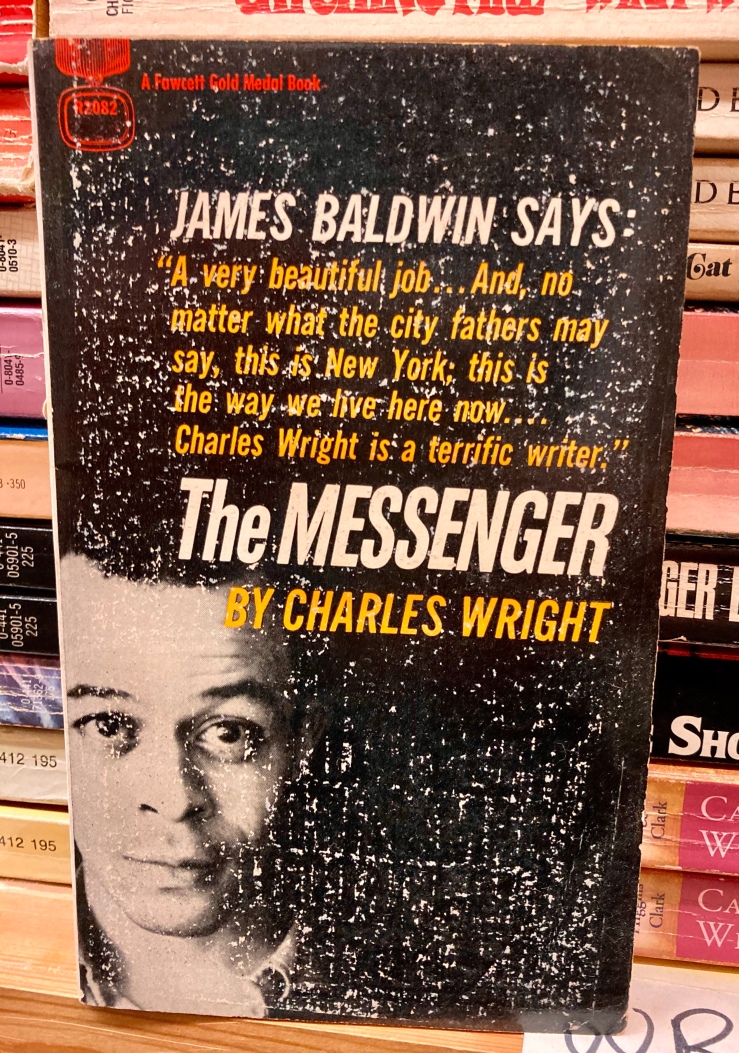 I was looking for an original edition of Charles Wright’s 1973 novel Absolutely Nothing to Get Alarmed About; I have it in an omnibus, but I’d love a stand alone if I could find one. I did see this edition of The Messenger. The cover is terrible and boring and has way too much text on it. I found a copy of The Messenger a few months ago with a far more interesting cover. 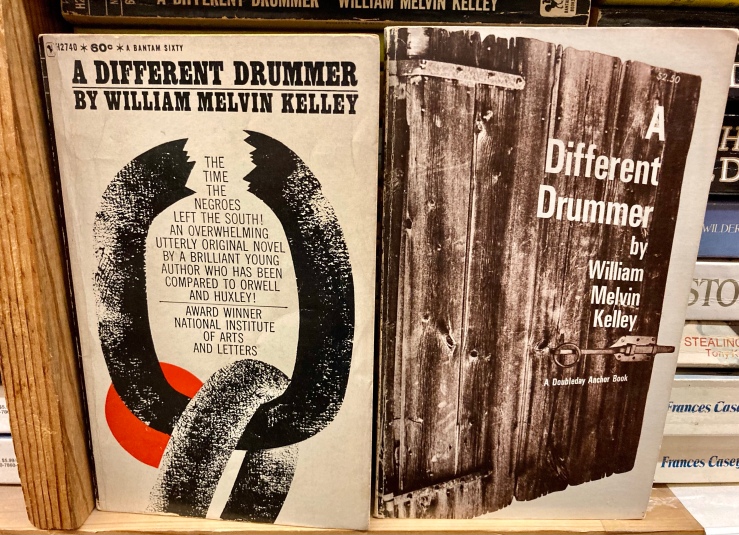 I was looking for one of the William Melvin Kelley novels I don’t have. I found a bunch of mass market copy paperback versions of his first novel, A Different Drummer. The copy on the left has a cool cover. I think I like my new reissue better though. 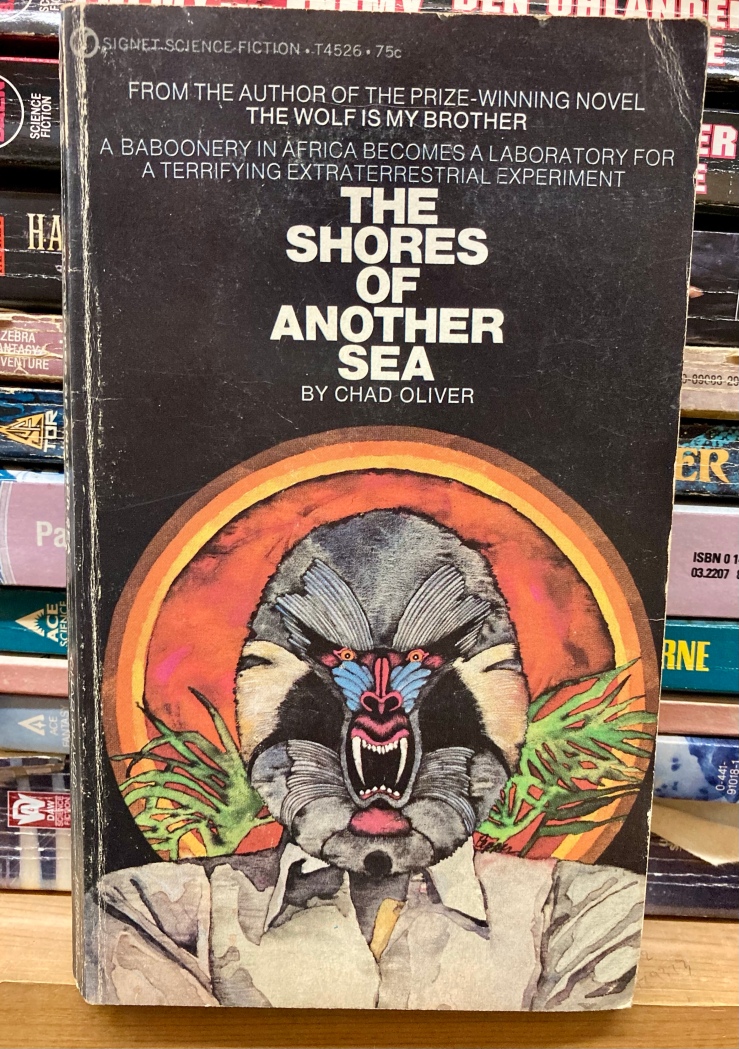 I always look for a copy of David Ohle’s cult novel Motorman and I never find it. I do like this vibrant cover for Chad Oliver’s The Shores of Another Sea. 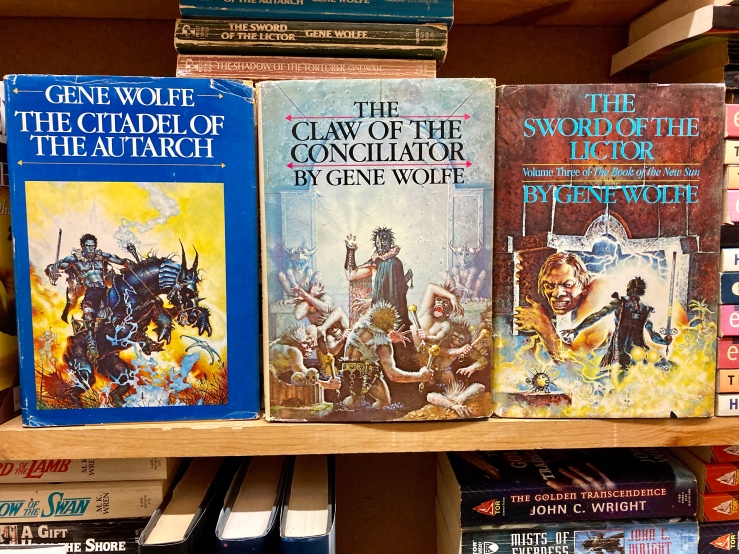 While I was in the sci-fi section, I passed by the Gene Wolfe area, and spied a complete hardback set of his seminal The Book of the New Sun tetralogy. I couldn’t pass up on a first hardback edition of the first in the series, The Shadow of the Torturer: 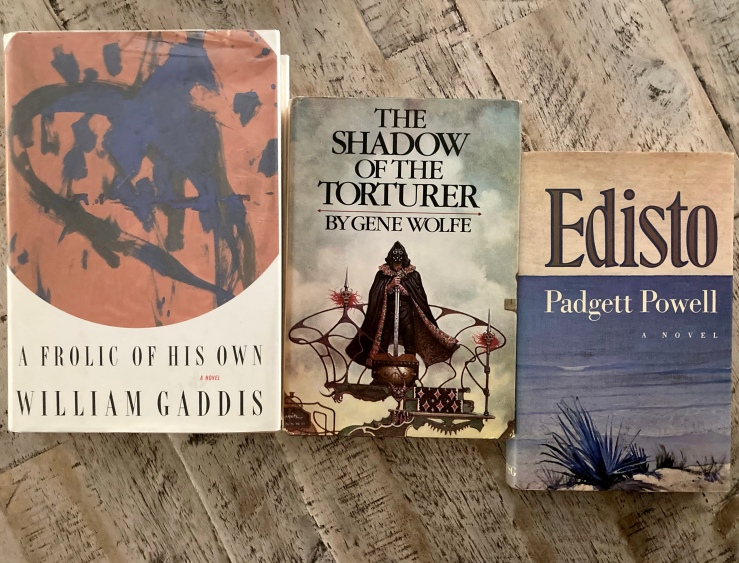 I also picked up a pristine first edition hardback copy of William Gaddis’s 1994 novel A Frolic of His Own. It’s the only Gaddis novel I’ve yet to read and buying a second copy seems like a good motivation to finally dig in.

I also came across a first edition hardback copy of Padgett Powell’s first novel Edisto. I’ve always felt ambivalent about Powell. He was the writer in residence at the University of Florida when I was an undergrad there in the late nineties. He’d taken the post over from Harry Crews, and I always resented that for some reason, brought that resentment to the few readings I attended, never made it through anything but a few stories. But this copy of Edisto was only four bucks. And check out the blurbs on the back: 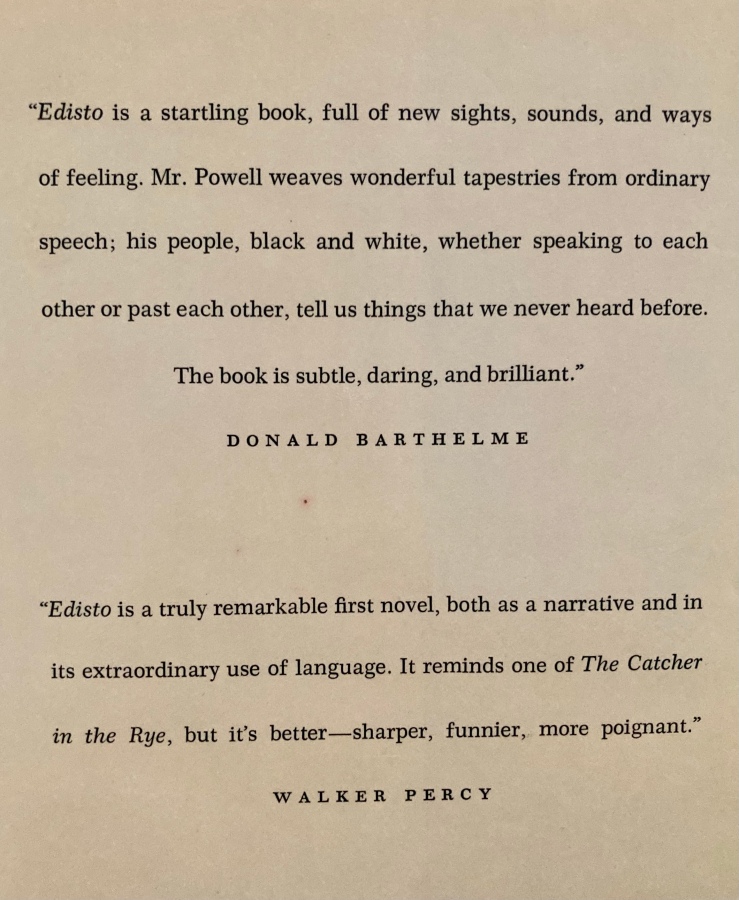 There’s my guy Barthelme. And then Percy, who brought me to the store today. I’ll give it a shot.