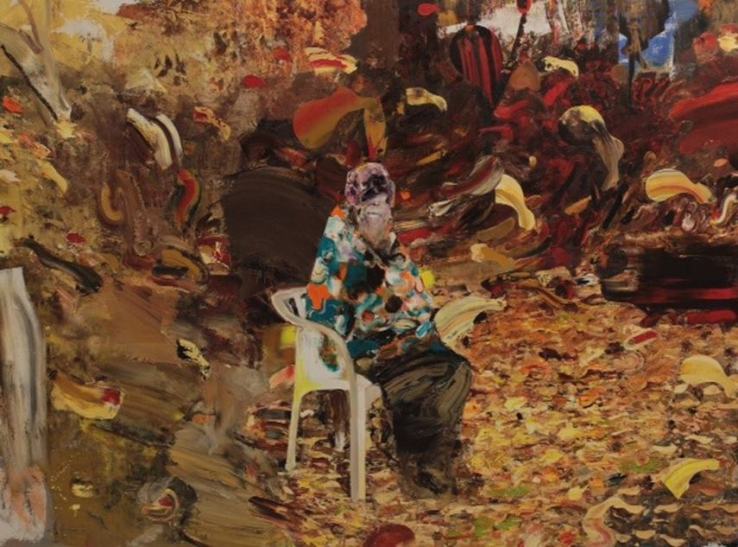 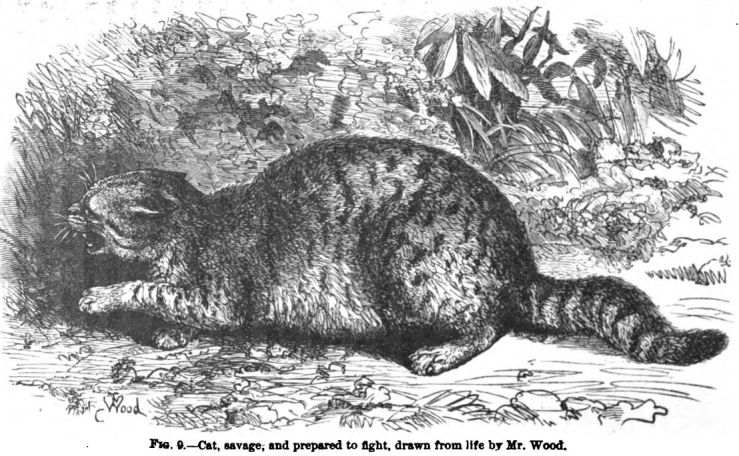 Cats.—I have already described the actions of a cat, when feeling savage and not terrified (fig.9). She assumes a crouching attitude and occasionally protrudes her fore-feet, with the claws exserted ready for striking. The tail is extended, being curled or lashed from side to side. The hair is not erected—at least it was not so in the few cases observed by me. The ears are drawn closely backwards and the teeth are shown. Low savage growls are uttered. We can understand why the attitude assumed by a cat when preparing to fight with another cat, or in any way greatly irritated, is so widely different from that of a dog approaching another dog with hostile intentions; for the cat uses her fore-feet for striking, and this renders a crouching position convenient or necessary. She is also much more accustomed than a dog to lie concealed and suddenly spring on her prey. No cause can be assigned with certainty for the tail being lashed or curled from side to side. This habit is common to many other animals—for instance, to the puma, when prepared to spring; but it is not common to dogs, or to foxes, as I infer from Mr. St. John’s account of a fox lying in wait and seizing a hare. We have already seen that some kinds of lizards and various snakes, when excited, rapidly vibrate the tips of their tails. It would appear as if, under strong excitement, there existed an uncontrollable desire for movement of some kind, owing to nerve-force being freely liberated from the excited sensorium; and that as the tail is left free, and as its movement does not disturb the general position of the body, it is curled or lashed about. END_OF_DOCUMENT_TOKEN_TO_BE_REPLACED 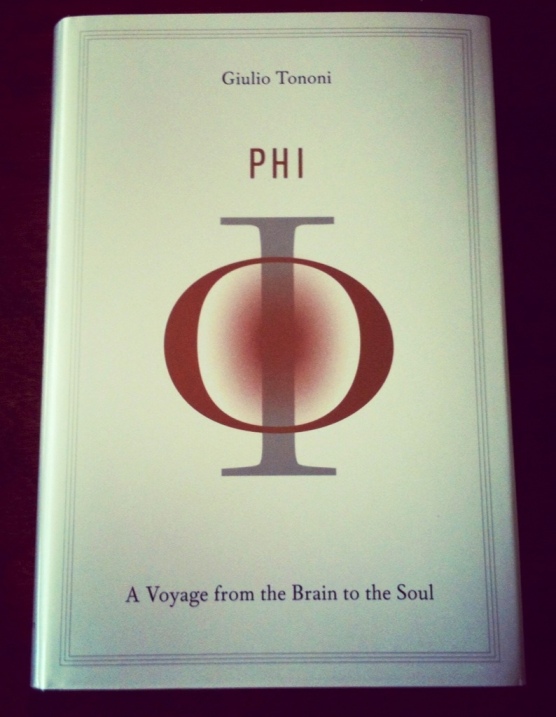 Giulio Tononi’s Phi—remarkable, beautiful, strange. Sort of a novel, sort of philosophical text, sort of a history, sort of a science book . . . I don’t know. Here’s the blurb:

From one of the most original and influential neuroscientists at work today, here is an exploration of consciousness unlike any other—as told by Galileo, who opened the way for the objectivity of science and is now intent on making subjective experience a part of science as well.

Galileo’s journey has three parts, each with a different guide. In the first, accompanied by a scientist who resembles Francis Crick, he learns why certain parts of the brain are important and not others, and why consciousness fades with sleep. In the second part, when his companion seems to be named Alturi (Galileo is hard of hearing; his companion’s name is actually Alan Turing), he sees how the facts assembled in the first part can be unified and understood through a scientific theory—a theory that links consciousness to the notion of integrated information (also known as phi). In the third part, accompanied by a bearded man who can only be Charles Darwin, he meditates on how consciousness is an evolving, developing, ever-deepening awareness of ourselves in history and culture—that it is everything we have and everything we are.

Not since Gödel, Escher, Bach has there been a book that interweaves science, art, and the imagination with such originality. This beautiful and arresting narrative will transform the way we think of ourselves and the world.

The comparison to Hofstadter’s Gödel, Escher, Bach might be apt. The book also recalls The Rings of Saturn to me. I’ve put it in a “read this” pile.

More to come, but here are some shots at random from its interior: 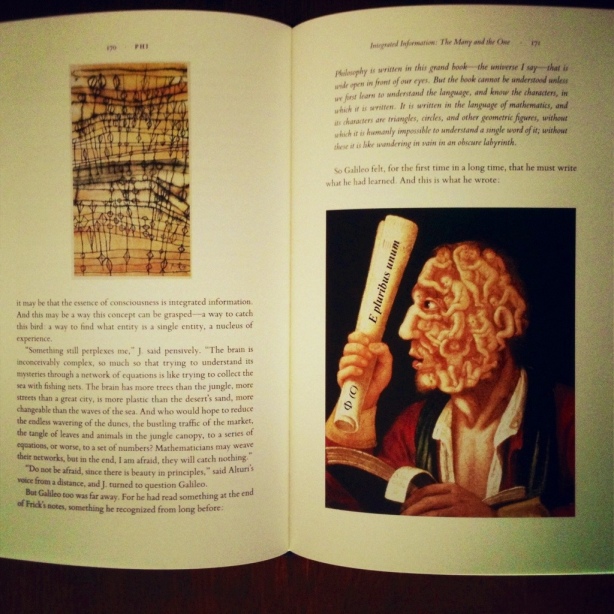 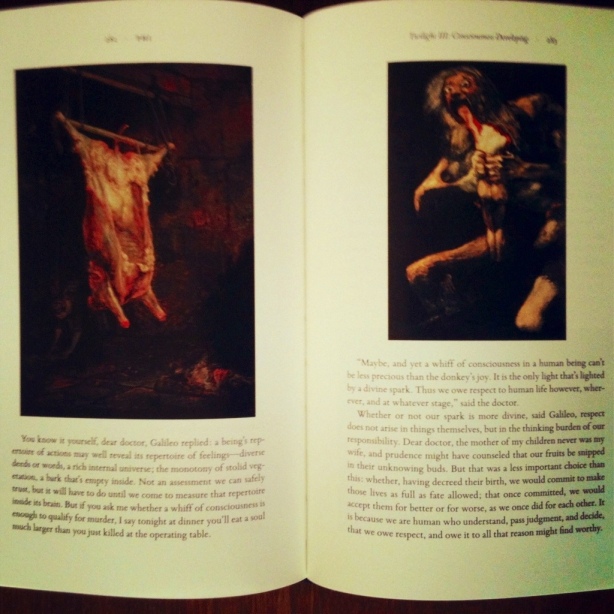 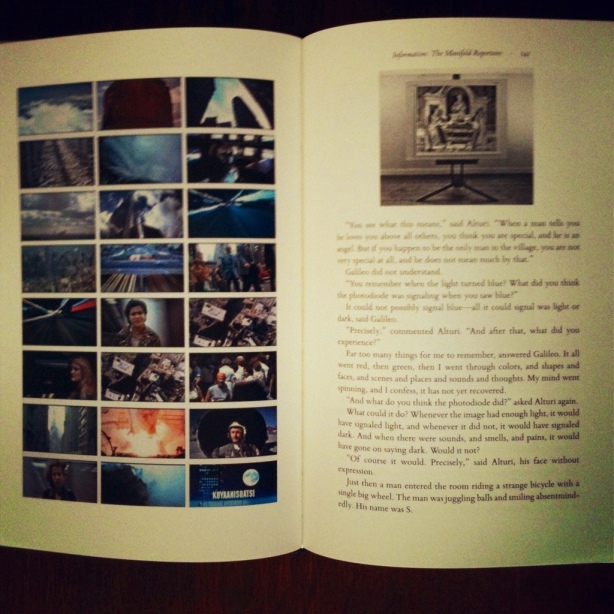