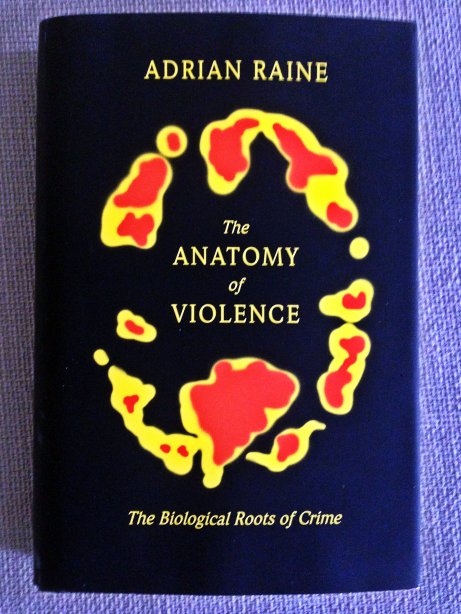 Why do some innocent kids grow up to become cold-blooded serial killers? Is bad biology partly to blame? For more than three decades Adrian Raine has been researching the biological roots of violence and establishing neurocriminology, a new field that applies neuroscience techniques to investigate the causes and cures of crime. In The Anatomy of Violence, Raine dissects the criminal mind with a fascinating, readable, and far-reaching scientific journey into the body of evidence that reveals the brain to be a key culprit in crime causation.Raine documents from genetic research that the seeds of sin are sown early in life, giving rise to abnormal physiological functioning that cultivates crime. Drawing on classical case studies of well-known killers in history—including Richard Speck, Ted Kaczynski, and Henry Lee Lucas—Raine illustrates how impairments to brain areas controlling our ability to experience fear, make good decisions, and feel guilt predispose us to violence. He contends that killers can actually be coldhearted: something as simple as a low resting heart rate can give rise to violence. But arguing that biology is not destiny, he also sketches out provocative new biosocial treatment approaches that can change the brain and prevent violence.

Finally, Raine tackles the thorny legal and ethical dilemmas posed by his research, visualizing a futuristic brave new world where our increasing ability to identify violent offenders early in life might shape crime-prevention policies, for good and bad. Will we sacrifice our notions of privacy and civil rights to identify children as potential killers in the hopes of helping both offenders and victims? How should we punish individuals with little to no control over their violent behavior? And should parenting require a license? The Anatomy of Violence offers a revolutionary appraisal of our understanding of criminal offending, while also raising provocative questions that challenge our core human values of free will, responsibility, and punishment.

Okay: So I’ve been meaning to get to this one for awhile, but my review stack has just been too big.

My Pet Serial Killer is a psychological thriller as pickup game as college days romance as media study as violent porn as metahorror as the most bizarre and cruelest master/slave relationship I can remember reading since John Fowles’ The Collector. Claire Wilkinson, a forensics graduate student, plays the pickup game but she searches for a very specific kind of lover: a serial killer. She finds her Gentleman Killer, tears him apart, and rebuilds him, hoping to mold the greatest serial killer ever, causing a media frenzy, and furthering her own academic career. Twisted without being overly violent, haunting without the ghosts, Claire is a narrator and protagonist that we race along with, burning through pages at a dizzying rate only to see what she does next. 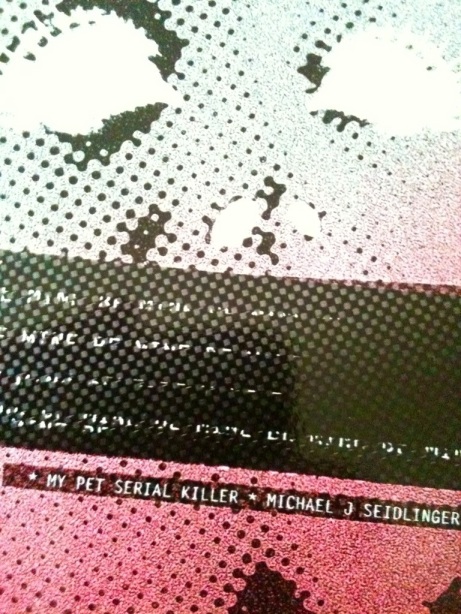 The book also got a good write-up at HTML Giant, which declared “Seidlinger is the sickest of the fucks. Few can compare.”

Dubious History by P.H. Denson. This sucker is thick; 550+ pages of conspiracy theory driven thriller. I read the first few pages this afternoon; the writing is much better than the swollen publisher’s description below—

Drawing on the secretive and intriguing mysteries of the Masonic brotherhood, the fast-paced, brilliantly layered storyline and its fascinating central characters have proved a big hit with readers who like to have their wits challenged and to be kept guessing right to the end. The story begins with what appears to be a hit-and-run ‘accident’ and moves rapidly to reveal a chilling web of serial murders and a deadly Masonic secret. George Fairfax, a Pulitzer nominee researching the history of a small American town, falls victim to a hit-and-run. When his nephew Zach steps in to complete writing the town’s history, he quickly becomes suspicious of his uncle’s ‘accidental’ death. Zach begins to unravel a spiderweb of clues that point to a dangerous Masonic secret which may also be responsible for the mysterious deaths of a number of other members of the Masonic lodge. Can Zach decode the clues to the two-hundred-year-old secret in time to find the serial killer before he claims his next victim? And what twists await at every turn as each clue uncovers more of the shocking truth behind the killer’s real end-game?

“It’s always been that way,” said the white-haired man, “always.”

In the nineteenth century, toward the middle or the end of the nineteenth century, said the white-haired man, society tended to filter death through the fabric of words. Reading news stories from back then you might get the idea that there was hardly any crime, or that a single murder could throw a whole country into tumult. We didn’t want death in the home, or in our dreams and fantasies, and yet it was a fact that terrible crimes were committed, mutilations, all kinds of rape, even serial killings. Of course, most of the serial killers were never caught. Take the most famous case of the day. No one knew who Jack the Ripper was. Everything was passed through the filter of words, everything trimmed to fit our fear. What does a child do when he’s afraid? He closes his eyes. What does a child do when he’s about to be raped and murdered? He closes his eyes. And he screams, too, but first he closes his eyes. Words served that purpose. And the funny thing is, the archetypes of human madness and cruelty weren’t invented by the men of our day but by our forebears. The Greeks, you might say, invented evil, the Greeks saw the evil inside us all, but testimonies or proofs of this evil no longer move us. They strike us as futile, senseless. You could say the same about madness. It was the Greeks who showed us the range of possibilities and yet now they mean nothing to us. Everything changes, you say. Of course everything changes, but not the archetypes of crime, not any more than human nature changes. Maybe it’s because polite society was so small back then. I’m talking about the nineteenth century, eighteenth century, seventeenth century. No doubt about it, society was small. Most human beings existed on the outer fringes of society. In the seventeenth century, for example, at least twenty percent of the merchandise on every slave ship died. By that I mean the dark-skinned people who were being transported for sale, to Virginia, say. And that didn’t get anyone upset or make headlines in the Virginia papers or make anyone go out and call for the ship captain to be hanged. But if a plantation owner went crazy and killed his neighbor and then went galloping back home, dismounted, and promptly killed his wife, two deaths in total, Virginia society spent the next six months in fear, and the legend of the murderer on horseback might linger for generations. Or look at the French. During the Paris Commune of 1871, thousands of people were killed and no one batted an eye. Around the same time a knife sharpener killed his wife and his elderly mother and then he was shot and killed by the police. The story didn’t just make all the French newspapers, it was written up in papers across Europe, and even got a mention in the New York Examiner. How come? The ones killed in the Commune weren’t part of society, the dark-skinned people who died on the ship weren’t part of society, whereas the woman killed in a French provincial capital and the murderer on horseback in Virginia were. What happened to them could be written, you might say, it was legible. That said, words back then were mostly used in the art of avoidance, not of revelation. Maybe they revealed something all the same. I couldn’t tell you.