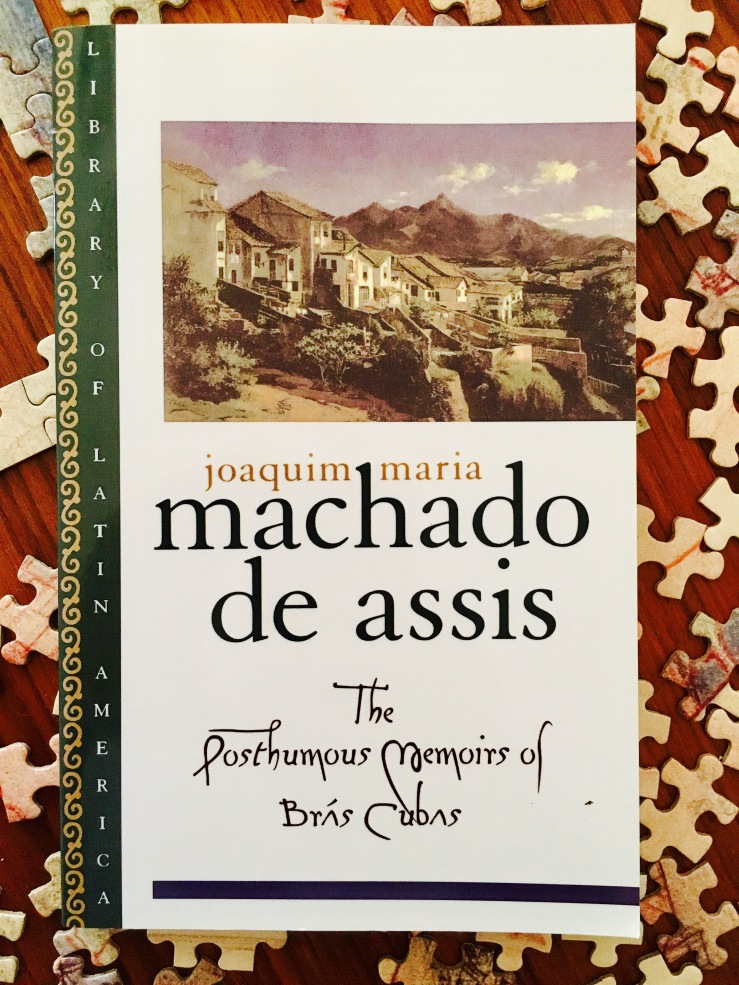 I picked up Brazilian author  Joaquim Maria Machado de Assis’s 1881 novel The Posthumous Memoirs of Brás Cubas today. I picked it up because of an oblique recommendation via Twitter a few weeks ago when I was raving about Antonio di Benedetto’s novel Zama.

I got Gregory Rabassa’s translation (I dipped my toe into his translation of Miguel Ángel Asturias’s 1963 novel Mulata a few weeks ago).

Brás Cubas reminds me a lot of Tristram Shandy so far—short sharp funny chapters that bop forward and backward. The 1881 novel anticipates anticipates a style and form that we now describe as “postmodern.” I’ll share a few excerpts in the future, but for now, here’s the Wikipedia summary (lazy, I know, but I think it’s a bit better than this Oxford UP edition’s blurb):

The novel is narrated by the dead protagonist Brás Cubas, who tells his own life story from beyond the grave, noting his mistakes and failed romances.

The fact of being already deceased allows Brás Cubas to sharply criticize the Brazilian society and reflect on his own disillusionment, with no sign of remorse or fear of retaliation. Brás Cubas dedicates his book to the first worm that gnawed his cold body: “To the worm who first gnawed on the cold flesh of my corpse, I dedicate with fond remembrance these Posthumous Memoirs” (Portuguese: Ao verme que primeiro roeu as frias carnes do meu cadáver dedico com saudosa lembrança estas Memórias Póstumas). Cubas decides to tell his story starting from the end (the passage of his death, caused by pneumonia), then taking “the greatest leap in this story”, proceeding to tell the story of his life since his childhood.

The novel is also connected to another Machado de Assis work, Quincas Borba, which features a character from the Memoirs (as a secondary character, despite the novel’s name), but other works of the author are hinted in chapter titles. It is a novel recalled as a major influence by many post-modern writers, such as John Barth or Donald Barthelme, as well as Brazilian writers in the 20th century