A messy punkpostmodern cartoon, a big long jazz howl at the moon.

The Egghead Republic by Arno Schmidt; English translation by Michael Horowitz. Marion Boyars trade paperback, 1982. Cover design by Imre Reiner, who likely drew the illustration (although he is not explicitly credited).

I found the first 50 pages utterly exhausting, and there were 100 more. I tried. The cover designer Imre Reiner is most famous for his font designs, but he also illustrated many many books, including a 1941 edition of Cervantes’ Don Quixote. 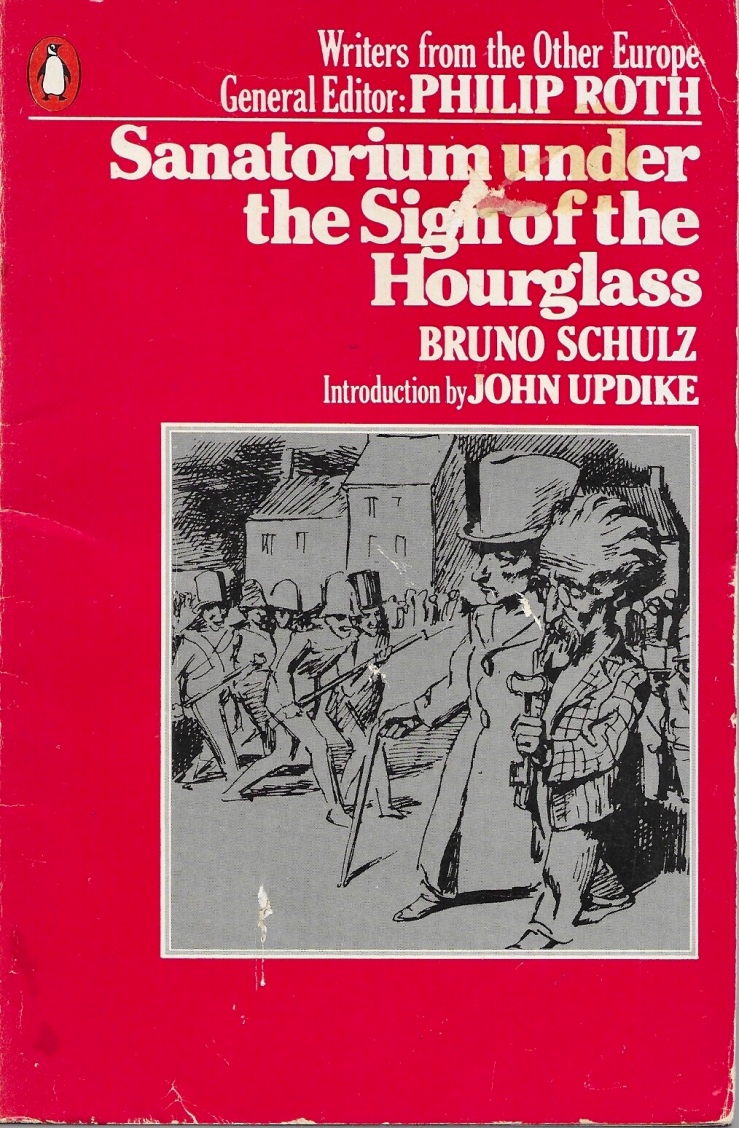 Sanatorium under the Sign of the Hourglass by Bruno Schulz; English translation by Celina Wieniewska. Cover design by Neil Stuart. Cover illustration by Bruno Schultz. (The novel includes thirty black and white illustrations by Schultz.)

A gross, surreal, dispiriting nightmare. I recall “enjoying” it.

Jonathan Safran Foer’s new book, Tree of Codes, is a cut-up — or cut-out, rather — of Bruno Schulz’s The Street of Crocodiles. More here.