“Smoking as a Fine Art”

My first introduction to Lady Nicotine was at the innocent age of eight, when, finding a small piece of somebody else’s tobacco lying unclaimed on the ground, I decided to experiment with it. Numerous desert island stories had told me that the pangs of hunger could be allayed by chewing tobacco; it was thus that the hero staved off death before discovering the bread-fruit tree. Every right-minded boy of eight hopes to be shipwrecked one day, and it was proper that I should find out for myself whether my authorities could be trusted in this matter. So I chewed tobacco. In the sense that I certainly did not desire food for some time afterwards, my experience justified the authorities, but I felt at the time that it was not so much for staving off death as for reconciling oneself to it that tobacco-chewing was to be recommended. I have never practised it since.

At eighteen I went to Cambridge, and bought two pipes in a case. In those days Greek was compulsory, but not more so than two pipes in a case. One of the pipes had an amber stem and the other a vulcanite stem, and both of them had silver belts. That also was compulsory. Having bought them, one was free to smoke cigarettes. However, at the end of my first year I got to work seriously on a shilling briar, and I have smoked that, or something like it, ever since. END_OF_DOCUMENT_TOKEN_TO_BE_REPLACED

(Parts I and II (don’t worry, everyone already yelled at me re: “smoking unhealthy,” etc., and yes, whole post was probably just an excuse to run that pic of Lispector)). 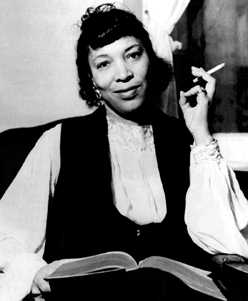 (For more pics of writers smoking, check out our first gallery—and don’t worry, people already expressed their hatred for what they perceived to be our endorsement of smoking there).

INTERVIEWER: Have you ever stopped smoking?

VONNEGUT: Twice. Once I did it cold turkey, and turned into Santa Claus. I became roly-poly. I was approaching two hundred and fifty pounds. I stopped for almost a year, and then the University of Hawaii brought me to Oahu to speak. I was drinking out of a coconut on the roof of the Ili Kai one night, and all I had to do to complete the ring of my happiness was to smoke a cigarette. Which I did.

VONNEGUT: Very recently—last year. I paid Smokenders a hundred and fifty dollars to help me quit, over a period of six weeks. It was exactly as they had promised—easy and instructive. I won my graduation certificate and recognition pin. The only trouble was that I had also gone insane. I was supremely happy and proud, but those around me found me unbearably opinionated and abrupt and boisterous. Also: I had stopped writing. I didn’t even write letters anymore. I had made a bad trade, evidently. So I started smoking again. As the National Association of Manufacturers used to say, “There’s no such thing as a free lunch.”