Prompted by Call Me Ishmael, Charles Olson’s marvelous study of Moby-Dick, I took a fifth trip through Melville’s massive opus this past month.

Every time I read Moby-Dick it seems funnier and sadder. Richer. Thicker.

I cobbled together my reading over different media and spaces: I listened to William Hootkins‘ outstanding unabridged audiobook version, and then reread on my Kindle key passages I’d mentally underlined; I then checked those passages against the copy of Moby-Dick I annotated the hell out of in grad school. As I read, I posted some of my favorite excerpts on this blog.

Really, in posting so many fragments of Moby-Dick, I suppose that I’ve attempted to abrogate any kind of critical duty to describe the book under discussion in terms of its own language.

The above is really a way of saying: Moby-Dick, like any sublime work of literature, is a self-defining, self-describing, and even self-deconstructing text.

Or, another way of making such a claim: Let me (mis)appropriate Samuel Beckett’s description of Finnegans Wake and contend that the description fits Moby-Dick just as aptly:

So here circumnavigate back to my own recent reading and auditing of the book: Hootkins’ audio recording would make a great starting point for anyone (unnecessarily) daunted by Melville’s big book. He performs the book, commanding his audience’s attention. He unpacks the humor that might otherwise hide from untuned 21st century ears; he communicates the book’s deep, profound sorrow. His Ishmael is perceptive, clever, generous. His Stubb, hilarious. His Ahab a strange philosophical terror.

After listening to Hootkins on my commute, I’d return to key passages on my Kindle, and then finally review the notes I wrote in the cheap hardback Signet edition I read in grad school.

But why bring this up?

Maybe: Unpacking Moby-Dick is too hard, too much—would require its own book, a book that would cite the entirety of Melville’s book.

But discussing the book this way seems a disservice to potential readers; it’s as if we would cloak the book in a mystic veil.

If I have a point to all of this: Moby-Dick is wonderful, funny, moving, engaging; a genre-bender that tackles philosophy, history, science; an adventure tale; a psychological novel brimming with ideas, allusions—but one delivered in sonorous, poetic language. It’s good, great, grand. Read it, if you haven’t. Reread it.

So I’ve failed to even try to begin to attempt to pretend to describe the plot.

The more I consider this mighty tail, the more do I deplore my inability to express it. At times there are gestures in it, which, though they would well grace the hand of man, remain wholly inexplicable. … Dissect him how I may, then, I but go skin deep. I know him not, and never will. But if I know not even the tail of this whale, how understand his head? much more, how comprehend his face, when face he has none? Thou shalt see my back parts, my tail, he seems to say, but my face shall not be seen. But I cannot completely make out his back parts; and hint what he will about his face, I say again he has no face.

(I don’t suppose I need to remark that Melville here lets one mighty tail stand in for another mighty tale—a tale he cannot face).

Call me Ishmael”: our protagonist hails us.

But these famous opening lines aren’t really the beginning of the book. First we have the section titled “Extracts,” and before that “Etymology.” The first entry on the etymology of the whale, from  Hackluyt, warns us not to leave out “the letter H, which almost alone maketh up the signification of the word.”

The whiteness of the whale.

The witness of the wail.

How, just how, does Ishmael witness? How does he manage to tell this story? Did I obsess over this in earlier readings? I don’t think so—I was too concerned with absorbing the what and the why of the story to closely attend the how of its telling.

The novel begins in standard first-person point-of-view territory, Ishmael guiding us through Manhattan, New Bedford, Nantucket—but by the time he’s boarded the Pequod and set out into the wide watery world, this first-person perspective transcends the limits of physics: Our narrator not only attends the private conversations of Ahab, his mates, his harpooners, his men—but also the very interior of those men, their minds, their dreams, their imaginations.

Is Ishmael a ghost?

And to return to Ahab for a moment: My god, what a voice! His infecting, addicting insanity. His agon with Moby Dick, with the sun, with himself.

And Starbuck: Starbuck comes across weaker and weaker each time I read the book. We’re to believe he’s a man of convictions, but he moves in half-measures. In his final moments he tries to match or feign or approximate Ahab’s insanity: tragicomedy.

And Stubb: Despite his cruelties, he may be my favorite character in the book.

While I’m riffing: Is there a novel more phallic in the American canon than Moby-Dick? All that sperm: All that life-force.

This is maybe what Moby-Dick is about: Life-force. The attempt to to resurrect and die and resurrect again. The coffin that serves as life-buoy. The life-line that connects men that might also be their death. A counterpane to counter pain. A condensation of oppositions.

A yarn, a rope, a series of knots, layered, layering, self-contextualizing.

Have I reached my end? Maybe too long for the “short riff” promised in the title, but also surely too short to even begin to start to approach to pretend to say something adequate about the novel. So a parting thought: Moby-Dick is better—richer, fuller, deeper—each time I read it, and I look forward to reading it again.

[Ed. note—Biblioklept originally ran a version of this riff in February 2013. I’m running it again for Herman Melville’s 200th birthday. I haven’t read Moby-Dick in full since 2013.] 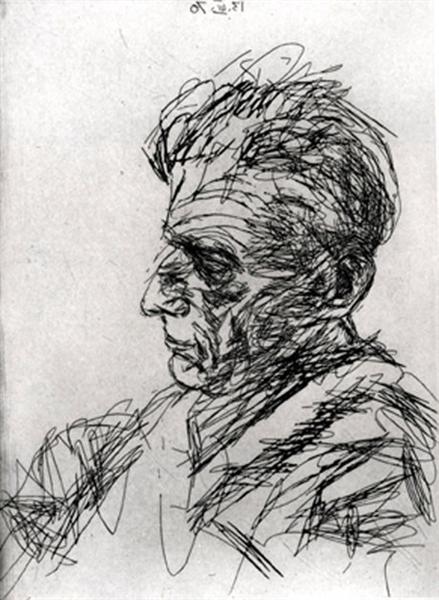 “Dante and the Lobster”

It was morning and Belacqua was stuck in the first of the canti in the moon. He was so bogged that he could move neither backward nor forward. Blissful Beatrice was there, Dante also, and she explained the spots on the moon to him. She shewed him in the first place where he was at fault, then she put up her own explanation. She had it from God, therefore he could rely on its being accurate in every particular. All he had to do was to follow her step by step. Part one, the refutation, was plain sailing. She made her point clearly, she said what she had to say without fuss or loss of time. But part two, the demonstration, was so dense that Belacqua could not make head or tail of it. The disproof, the reproof, that was patent. But then came the proof, a rapid shorthand of the real facts, and Belacqua was bogged indeed. Bored also, impatient to get on to Piccarda. Still he pored over the enigma, he would not concede himself conquered, he would understand at least the meanings of the words, the order in which they were spoken and the nature of the satisfaction that they conferred on the misinformed poet, so that when they were ended he was refreshed and could raise his heavy head, intending to return thanks and make formal retraction of his old opinion.

He was still running his brain against this impenetrable passage when he heard midday strike. At once he switched his mind off its task. He scooped his fingers under the book and shovelled it back till it lay wholly on his palms. The Divine Comedy face upward on the lectern of his palms. Thus disposed he raised it under his nose and there he slammed it shut. He held it aloft for a time, squinting at it angrily, pressing the boards inwards with the heels of his hands. Then he laid it aside.

He leaned back in his chair to feel his mind subside and the itch of this mean quodlibet die down. Nothing could be done until his mind got better and was still, which gradually it did and was. Then he ventured to consider what he had to do next. There was always something that one had to do next. Three large obligations presented themselves. First lunch, then the lobster, then the Italian lesson. That would do to be going on with. After the Italian lesson he had no very clear idea. No doubt some niggling curriculum had been drawn up by someone for the late afternoon and evening, but he did not know what. In any case it did not matter. What did matter was: one, lunch; two, the lobster; three, the Italian lesson. That was more than enough to be going on with. END_OF_DOCUMENT_TOKEN_TO_BE_REPLACED

“Have you ever been to the theater?”

“I’ve never been, but I’ve seen it on television.”

“I know, but better than nothing.”

And at that point she took out of her bag the book I had given her, the volume of Beckett’s plays, and showed it to him.

“Have you read this?”

Nino took the book, examined it, admitted uneasily, “No.”

“So there is something you haven’t read.”

“You should read it.”

Lila began to talk to us about the book. To my surprise she was very deliberate, she talked the way she used to, choosing the words so as to make us see people and things, and also the emotion she gave them, portraying them anew keeping them there, present, alive. She said that we didn’t have to wait for nuclear war, in the book it was as if it had already happened. She told us at length about a woman named Winnie who at a certain point announced, another happy day, and she herself declaimed the phrase, becoming so upset that, in uttering it, her voice trembled slightly: another happy day, words that were insupportable, because nothing, nothing, she explained, in Winnie’s life, nothing in her gestures, nothing in her head, was happy, not that day or the preceding days. But, she added, the biggest impression had been made on her by a Dan Rooney. Dan Rooney, she said, is blind but he’s not bitter about it, because he believes that life is better without sight, and in fact he wonders whether, if one became deaf and mute, life would not be still more life, life without anything but life.

“But it made you curious.”

“It made me think. What does it mean that life is more life without sight, without hearing, even without words?”

“No, what gimmick. There’s a thing here that suggests a thousand others, it’s not a gimmick.”

From Elena Ferrante’s 2012 novel The Story of a New Name. English translation by Ann Goldstein.

Ferrante’s so-called Neapolitan Novels do at least two things successfully that so many contemporary novels of “literary” fiction attempt and fail to do:

One, Ferrante harnesses and demonstrates the intellectual force of her two protagonists/antagonists. Many contemporary novelists insist on the brilliance of a particular character, but fail to capture and convey any sense of brilliance.

Two, Ferrante uses metatextual literary references adroitly and meaningfully, where other contemporary writers often clunkily throw in references to greater works of literature as a means to offer ballast to an otherwise-lite offering.

From Vladimir Nabokov’s 1970 interview with Alfred Appel. Originally published in Novel, A Forum on Fiction and republished in Strong Opinions. 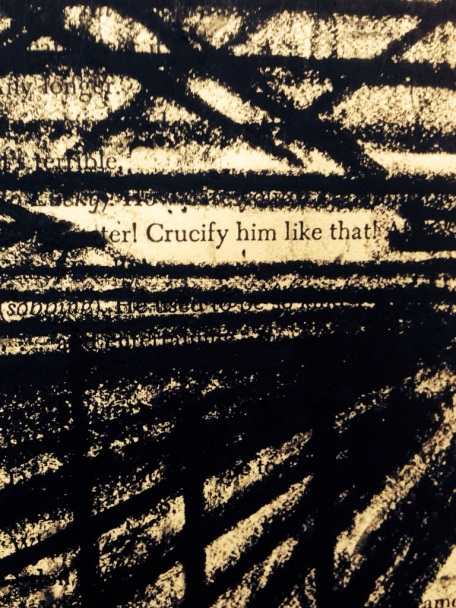 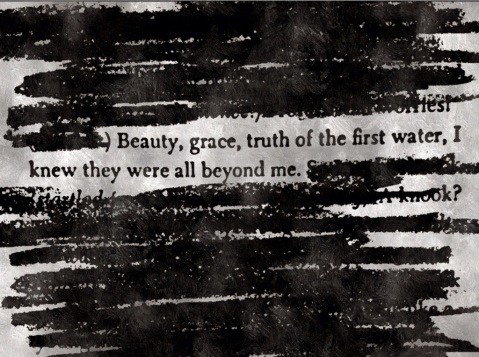 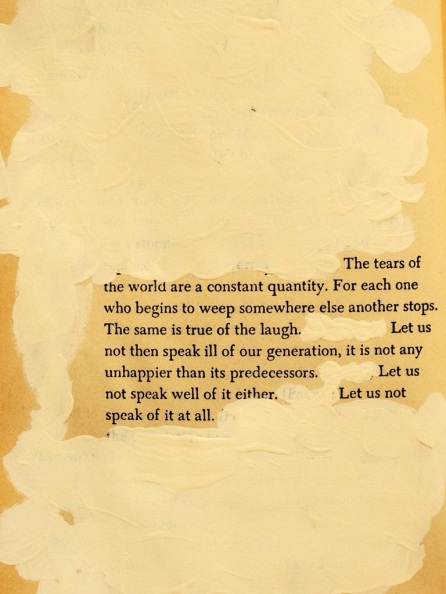 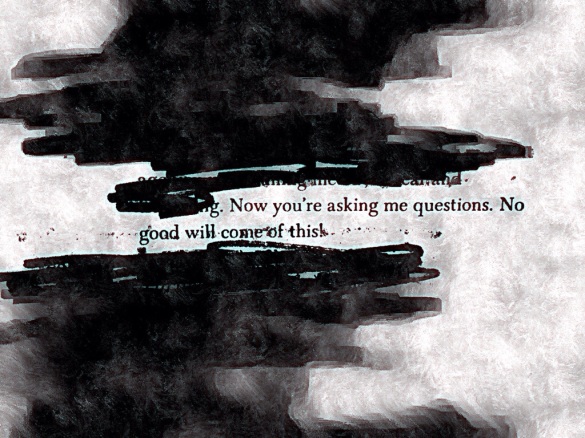 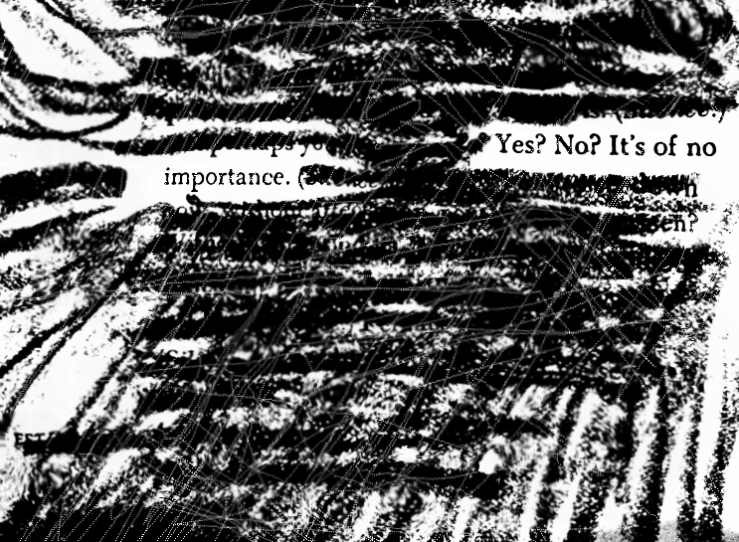