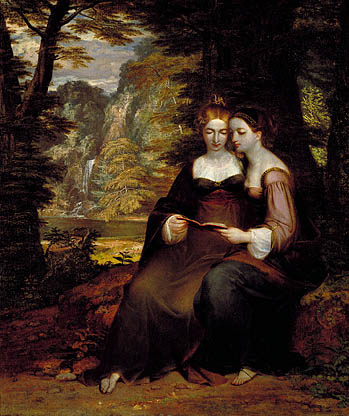 Christmas. Among the observances associated with this season, to which Shakespeare alludes, we may mention the Christmas Carol, a reference to which is probably made in “A Midsummer-Night’s Dream” (ii. 1), by Titania: “No night is now with hymn or carol blest.”

Hamlet (ii. 2) quotes two lines from a popular ballad, entitled the “Song of Jephthah’s Daughter,” and adds: “The first row of the pious chanson will show you more.”

In days gone by, the custom of carol-singing was most popular, and Warton, in his “History of English Poetry,” notices a license granted in 1562 to John Tysdale for printing “Certayne goodly carowles to be songe to the glory of God;” and again “Crestenmas Carowles auctorisshed by my lord of London.”

In the “Taming of the Shrew” (Ind., sc. 2) Sly asks whether “a comonty is not a Christmas gambold.” Formerly the sports and merry-makings at this season were on a most extensive scale, being presided over by the Lord of Misrule. Again, in “Love’s Labour’s Lost” (v. 2), Biron speaks of “a Christmas comedy.”

As we have noticed, too, in our chapter on Plants, a gilt nutmeg was formerly a common gift at Christmas, and on other festive occasions, to which an allusion is probably made in the same scene. Formerly, at this season, the head of the house assembled his family around a bowl of spiced ale, from which he drank their healths, then passed it to the rest, that they might drink too. The word that passed among them was the ancient Saxon phrase wass hael , i. e., to your health. Hence this came to be recognized as the wassail or wassel bowl; and was the accompaniment to festivity of every kind throughout the year. Thus Hamlet (i. 4) says: “The king doth wake to-night, and takes his rouse, Keeps wassail.” And in “Love’s Labour’s Lost” (v. 2), Biron speaks of: “wakes and wassails, meetings, markets, fairs.” In “Macbeth” (i. 7), it is used by Lady Macbeth in the sense of intemperance, who, speaking of Duncan’s two chamberlains, says: “Will I with wine and wassail so convince, That memory, the warder of the brain, Shall be a fume, and the receipt of reason A limbeck only.” In “Antony and Cleopatra” (i. 4), Cæsar advises Antony to live more temperately, and to leave his “lascivious wassails.” In the same way, a “wassail candle” denoted a large candle lighted up at a festival, a reference to which occurs in “2 Henry IV.” (i. 2): “Chief-Justice. You are as a candle, the better part burnt out. Falstaff. A wassail candle, my lord; all tallow.”

A custom which formerly prevailed at Christmas, and has not yet died out, was for mummers to go from house to house, attired in grotesque attire, performing all kinds of odd antics. Their performances, however, were not confined to this season. Thus, in “Coriolanus” (ii. 1) Menenius speaks of making “faces like mummers.”

In speaking of beards, it may be noted that formerly they gave rise to various customs. Thus, in Shakespeare’s day, dyeing beards was a fashionable custom, and so Bottom, in “A Midsummer-Night’s Dream” (i. 2), is perplexed as to what beard he should wear when acting before the duke. He says: “I will discharge it in either your straw-colour beard, your orange-tawny beard, your purple-in-grain beard, or your French-crown-colour beard, your perfect yellow.” [915] To mutilate a beard in any way was considered an irreparable outrage, a practice to which Hamlet refers (ii. 2): “Who calls me villain? breaks my pate across? Plucks off my beard, and blows it in my face?”

And in “King Lear” (iii. 7), Gloster exclaims: “By the kind gods, ’tis most ignobly done To pluck me by the beard.” Stroking the beard before a person spoke was preparatory to favor. Hence in “Troilus and Cressida” (i. 3), Ulysses, when describing how Achilles asks Patroclus to imitate certain of their chiefs, represents him as saying: “‘Now play me Nestor; hem, and stroke thy beard, As he, being drest to some oration.’” Again, the phrase “to beard” meant to oppose face to face in a hostile manner. Thus, in “1 Henry IV.” (iv. 1), Douglas declares: “No man so potent breathes upon the ground, But I will beard him.” And in “1 Henry VI.” (i. 3), the Bishop of Winchester says to Gloster: “Do what thou dar’st; I’ll beard thee to thy face.” It seems also to have been customary to swear by the beard, an allusion to which is made by Touchstone in “As You Like It” (i. 2): “stroke your chins, and swear by your beards that I am a knave.” We may also compare what Nestor says in “Troilus and Cressida” (iv. 5): “By this white beard, I’d fight with thee to-morrow.” Our ancestors paid great attention to the shape of their beards, certain cuts being appropriated to certain professions and ranks. In “Henry V.” (iii. 6), Gower speaks of “a beard of the general’s cut.” As Mr. Staunton remarks, “Not the least odd among the fantastic fashions of our forefathers was the custom of distinguishing certain professions and classes by the cut of the beard; thus we hear, interalia, of the bishop’s beard, the judge’s beard, the soldier’s beard, the citizen’s beard, and even the clown’s beard.” Randle Holme tells us, “The broad or cathedral beard [is] so-called because bishops or gown-men of the church anciently did wear such beards.” By the military man, the cut adopted was known as the stiletto or spade. The beard of the citizen was usually worn round, as Mrs. Quickly describes it in “Merry Wives of Windsor” (i. 4), “like a glover’s paring-knife.” The clown’s beard was left bushy or untrimmed. Malone quotes from an old ballad entitled “Le Prince d’ Amour,” 1660: “Next the clown doth out-rush With the beard of the bush.”

Every year, I try to pick a different Shakespeare play to read with my students, preferably one I haven’t read in a long time. This year, I have one group of tenth graders, and right now we’re reading A Midsummer Night’s Dream. As I’ve mentioned elsewhere on this blog, most of the students at my school read well below their grade level, so Shakespearean language can often be a challenge. I’ve found that Alan Durband’s Shakespeare Made Easy series does a great job at clarifying the narrative action without sacrificing too much of Shakespeare’s poetry. It presents the original text on the left side with the clarified “translation” on the right, which allows us to read and act out the play without spending too much time and effort breaking down every little (or long…) speech. Every couple of pages I’ll pick out a key passage from the original text which we’ll read and discuss. I’ve also been showing them the film adaptation that came out in the nineties (with Kevin Kline, Michelle Pfeiffer, and Christian Bale). We’re about half way through so far, and we’re enjoying the whole process.

I haven’t read this play since I was in the tenth grade, and I really didn’t think too much of it then–it certainly didn’t seem as weighty as, say, Othello, Macbeth, or Hamlet. Anyway, in re-reading it, I notice now that there’s an underlying rape motif throughout the text. For example, Theseus has captured his bride Hippolyta by seizing her in a classical rape; Demetrius threatens taking the “rich worth” of Helena’s virginity if she won’t quit stalking him in the woods; Lysander forces himself onto Hermia in the woods, and she’s barely able to keep him off. Oberon and Titania’s quarrel over the beautiful Indian boy is pretty weird, and is just one strange detail in a play full of aggressive sexuality, possibly most neatly summed up in the bestiality implicit in Titania’s affair with ass-headed Bottom. Of course, Titania doesn’t really love bottom–she’s just been dosed by her jealous hubby, who has a frat boy’s penchant for drugging people to get the love buzz going. Good stuff.