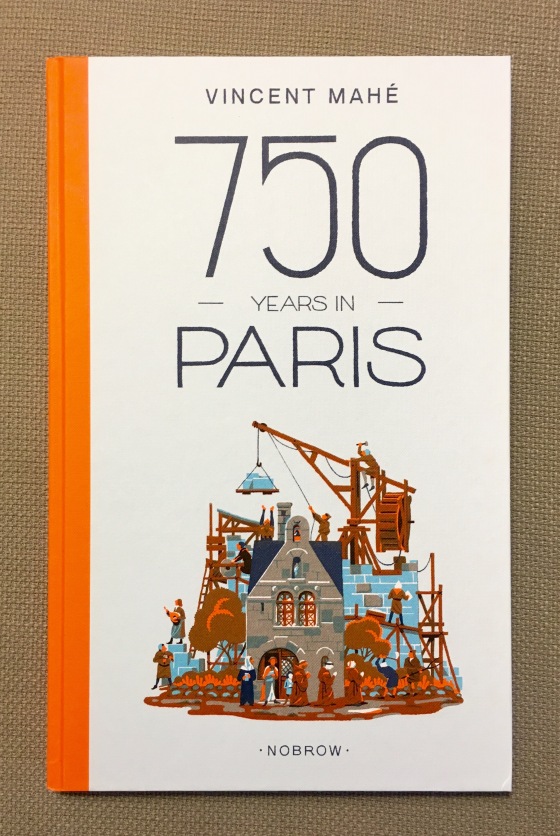 Two new(ish) graphic novels from Nobrow, Vincent Mahé’s 750 Years in Paris and Victor Hussenot’s The Spectators, showcase Paris as an enduring site of progression, turbulence, and renewal, both in culture and consciousness. Mahé’s 750 Years in Paris is a time-machine, putting its viewer in a stationary position to observe the dramatic changes in one building—and French society and culture—over the course of nearly a millennium. Hussenot’s The Spectators is a dream-machine, shuttling its characters through different skins, faces, and eyes. The titular spectators transcend not only time and space, but mind. Both books attest to the power of transformation while subtly noting the various forces that shape identity. 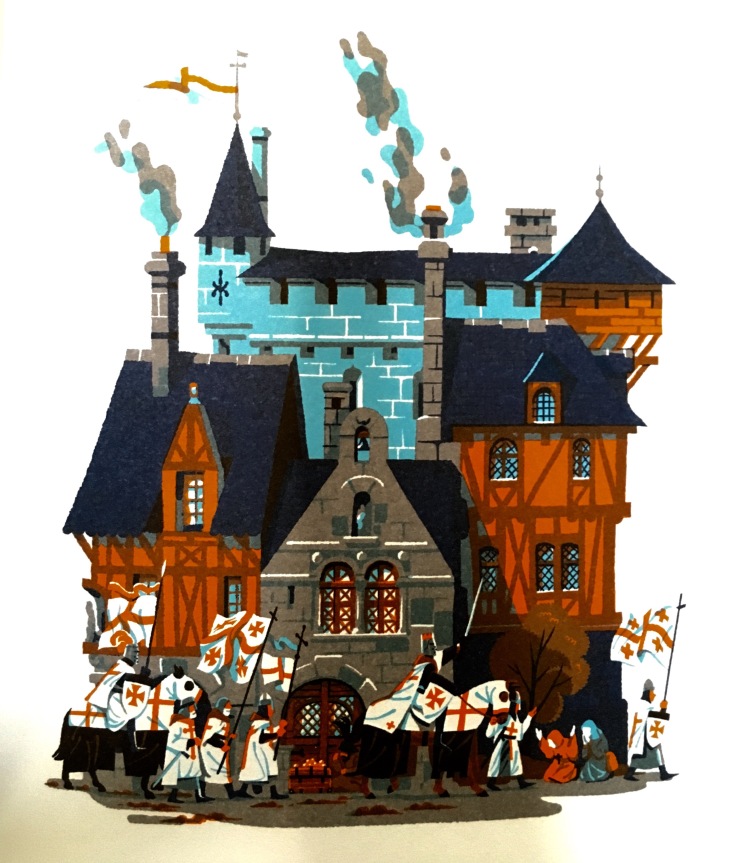 Vincent Mahé’s 750 Years in Paris begins in 1265 and moves its viewer through time to 2015. The book takes us through the Black Death Plague and the 100 Years War, the reigns of Louis XIV and IV, the storming of the Bastille and the Reign of Terror, Napoleon and Hausmann, a grand Metro and a terrible Flood. The second shot in this chronology shows us a Knights Templar procession in 1270. The crusaders remind us that Western history is inextricably bound in violence, religion, and territorial expansion—but also in the exchange of ideas, information, and knowledge. We get to May 1968 with a strong visual context for France’s history of intellectual turbulence. 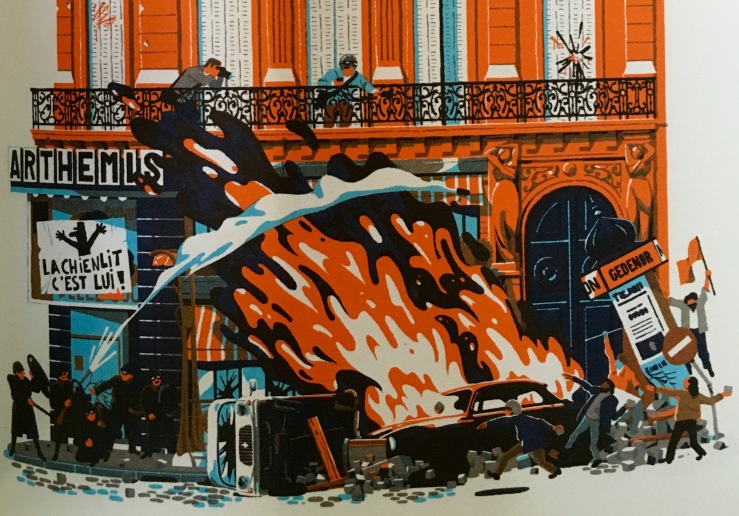 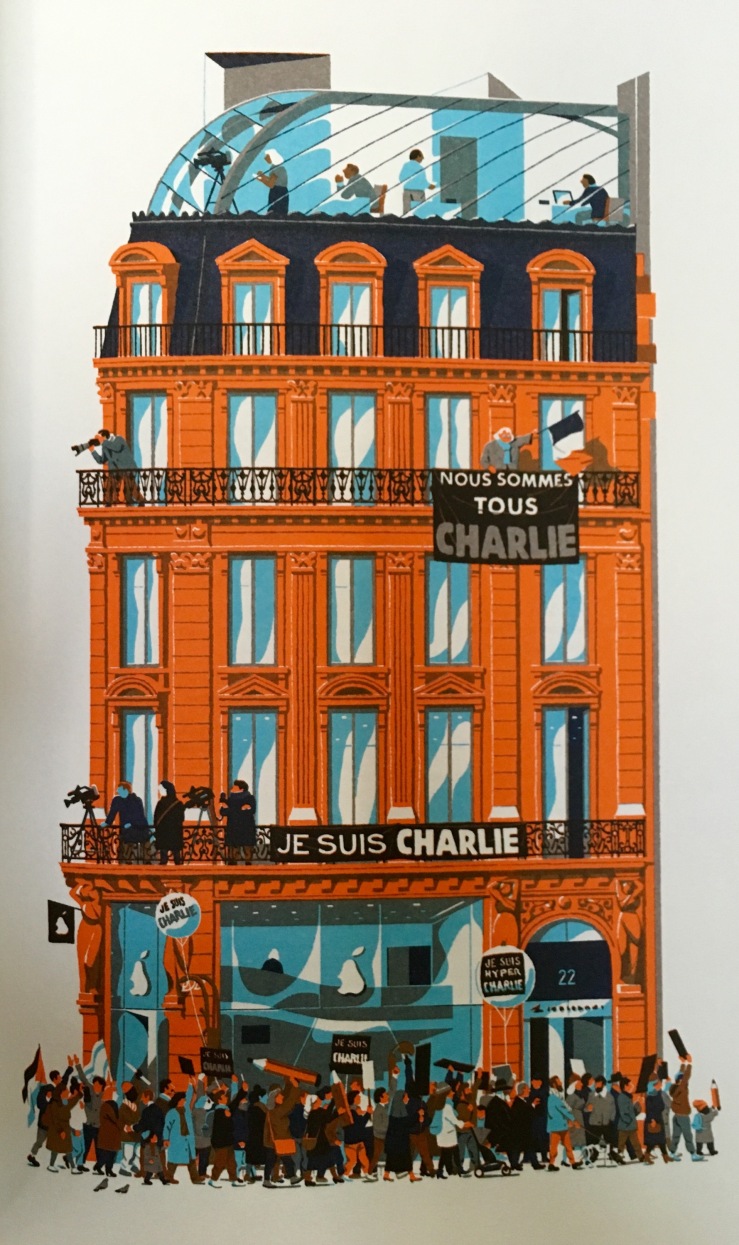 750 Years in Paris shows us that Paris not only survives drastic change, but progresses in the face of violence. When we see, for example, that a winch has been used to hang a Protestant during the St. Bartholomew’s Day Massacre of 1572— 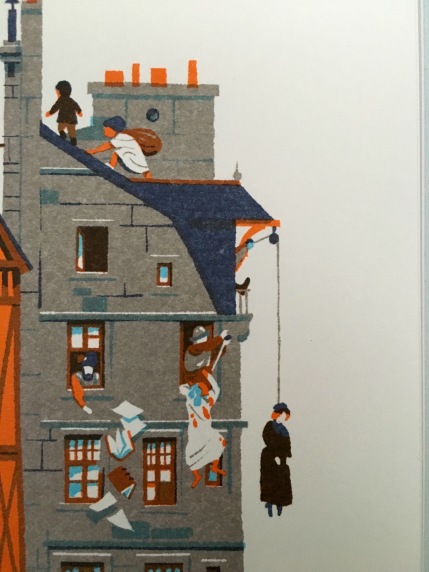 —it’s worth noting that on the next page, neighbors help each other during a terrible fire. The winch remains in the picture, a visual motif of progress, of building up. 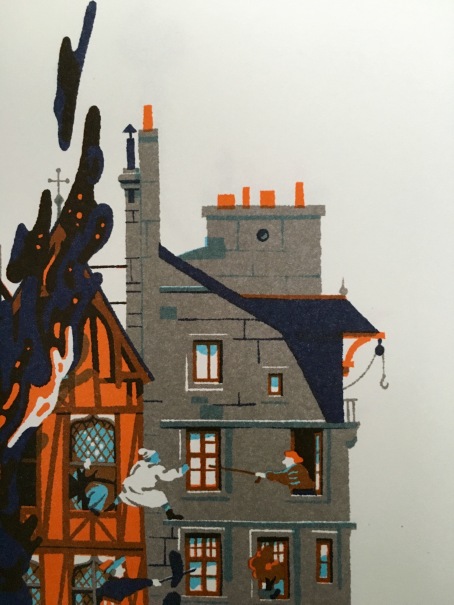 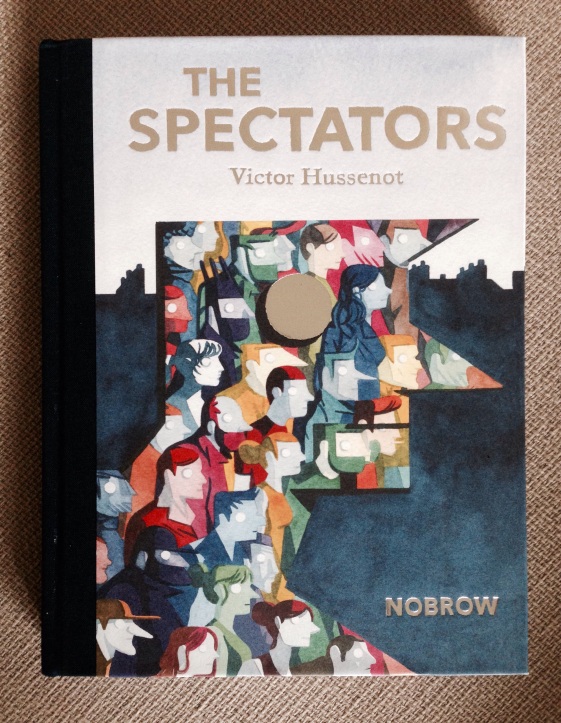 Like every Nobrow title I’ve read, Victor Hussenot’s The Spectators is better experienced than described. Its aesthetic is its narrative and its narrative is its aesthetic, flowing from a lovely dream-logic of identity shifts. Who shall I be today?, the book asks. 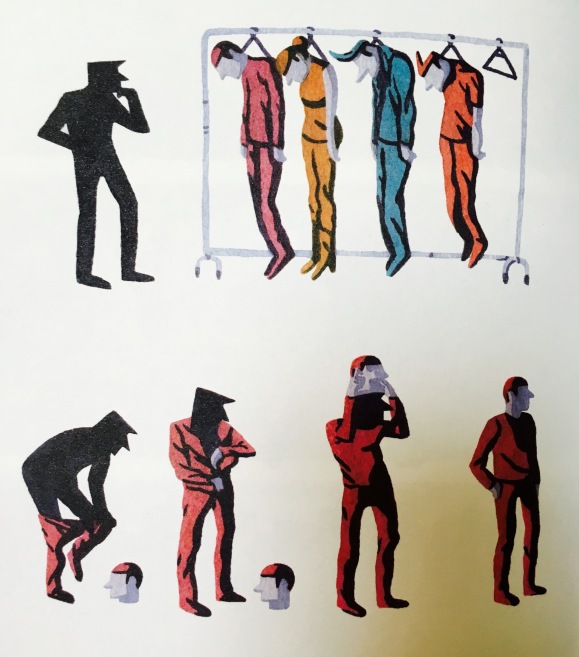 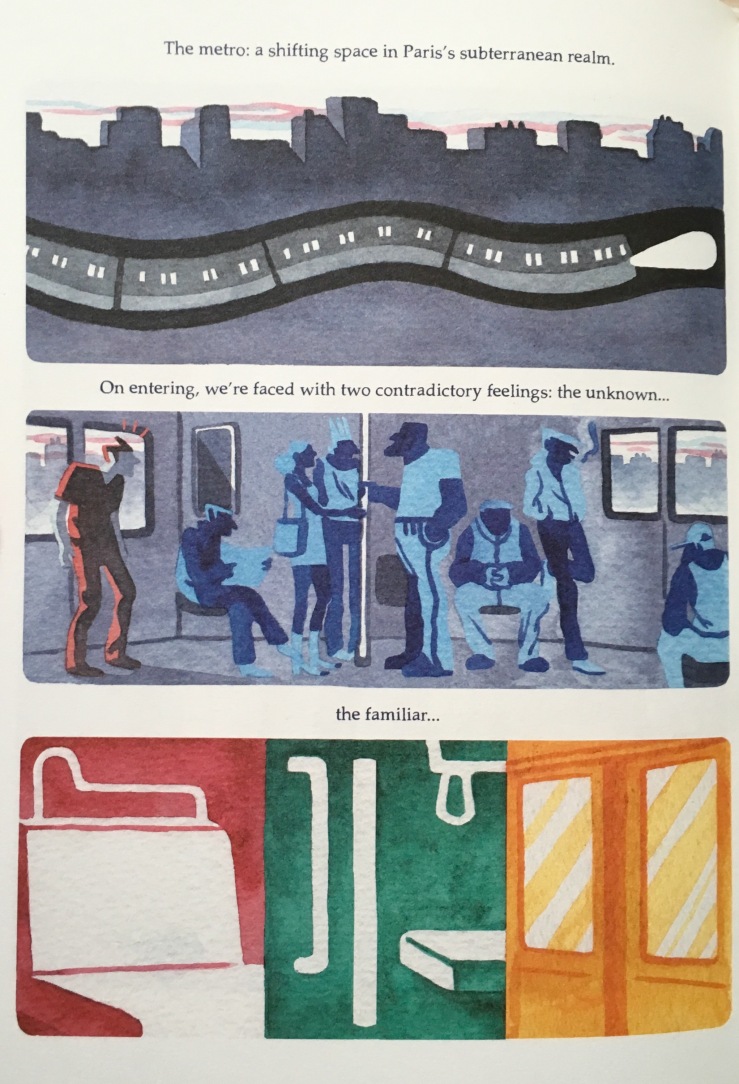 This vision of synthesis carries the narrative through a poetic examination of individuality and society. How much of me is me? Hussenot frames his characters in the geometry of picture puzzles, only to blur the borders that would constrain them.

I’ll close with an image from The Spectators that points towards a dream of synthesis, of infinite perspective, of unity. We have here not just a dream, but a vision of progress: 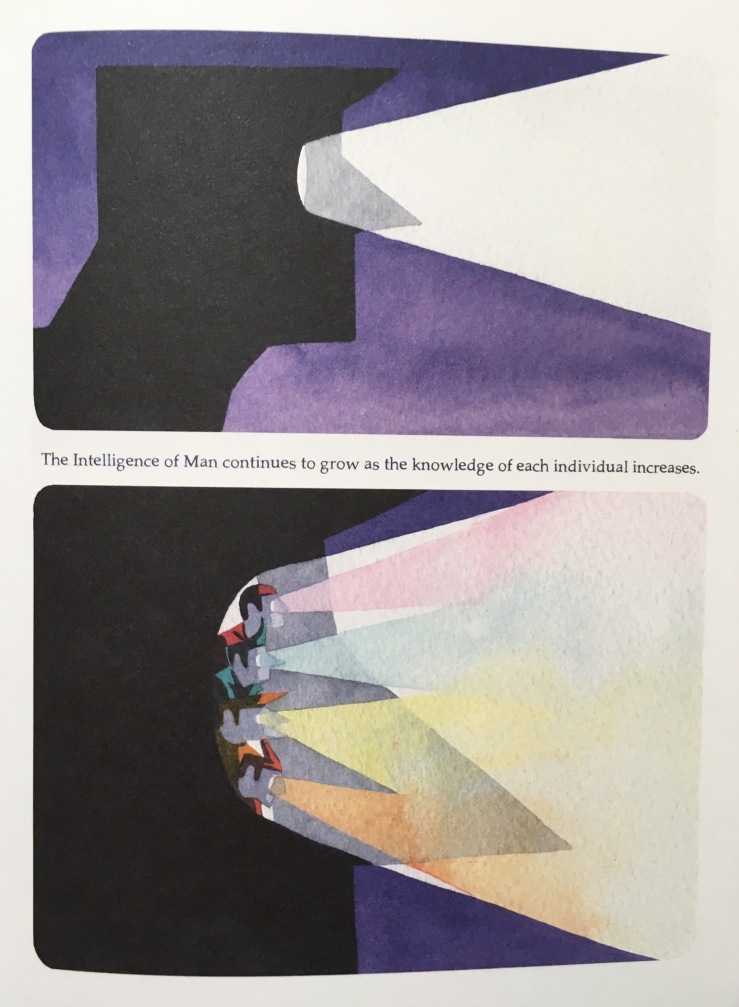 3 thoughts on “Two graphic novels about Paris reviewed: 750 Years in Paris and The Spectators”