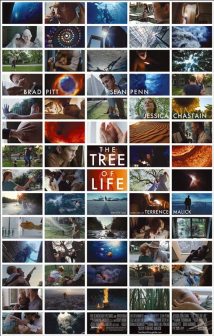 Melancholia: Simple and meaningful, but also easy to remember.

Star Watching Dog: I have no idea what this movie is, but I love this as an idea or as an image, or as a plot for a film. It makes me want to find out which of those three it actually is. If I’m lucky it will be all three.

We Need to Talk About Kevin: This has the right kind of loaded evocation to it. It’s great as a long-but-not-too-long title.

Tyrannosaur: Awesome. One word with a huge amount of weight, probably the best title of the year except for the obvious problem that it probably confused people into thinking the film was about dinosaurs. But other than that it doesn’t get better than this.

Your Sister’s Sister: I don’t really know what this means. Is it wordplay? Is there plot relevance? It makes me want to know though.

Another Earth: A brilliant combination of two words that manages in three syllables to open up hours upon hours of thoughts and possibilities.

Outside Satan: I would compare to the previous entry. A great two words that sounds good and suggests a lot of weird things, many of which I can’t quite put my finger on. Definitely makes me want to see what happens in the movie. 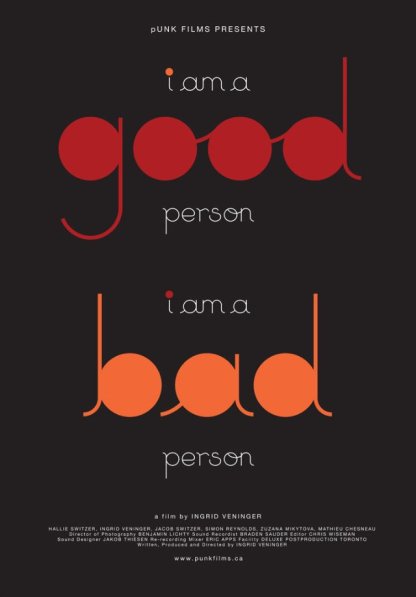 I Am A Good Person/I Am A Bad Person: Maybe it’s too long. And maybe it’s totally confusing. But I would watch something called this for sure.

The Rabbi’s Cat: Well it sounds like I know upfront two things I can expect to see. And I like both of these things.

The Catechism Cataclysm: Alliteration sucks. Here’s an exception that proves the rule.

I Melt With You: Memorable and emotional, it tells me nothing about the film in any literal way, but it gives me some kind of sense of expectation.

Hobo With a Shotgun: Perfect. Truth in advertising; we’re all on the same page here. 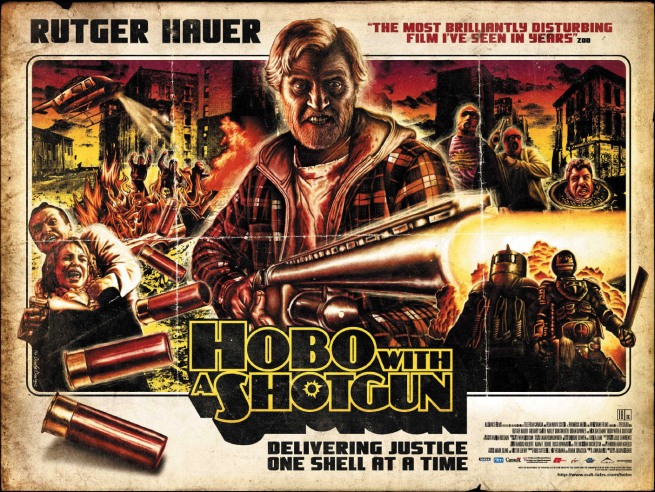 Margin Call: What the hell is a Margin Call? Why would I voluntarily pay for anything called Margin Call. It sounds like something your accountant would suggest, but that’s why you hire that guy: to deal with boring stuff like Margin Calls. I would rather be watching a good movie than worrying about a Margin Call. If there are two things, and one is called Tyrannosaur and the other is Margin Call, which do you think I will be buying?

Hugo: Hugo is a stupid little word and I don’t like saying it or hearing it.  The only thing worse is the original title, The Invention of Hugo Cabret. Gross. Cabret is far too close to Cabaret and Cabaret is least appealing noun I can think of.

Weekend: Wow, title your indie movie the same thing as a famous art film. Always a good idea when your only potential audience is the miniscule slice of people who know this. Watch for the director’s next small festival hit, sure to be called The 400 Blows.

The Brooklyn Brothers Beat The Best: Alliteration is the worst.

A Beautiful Belly: Further proof of the above sentiment, only this one is also gross sounding. The only way I can even imagine saying this out loud is if it was the humorous name of a menu item at the best BBQ joint in Atlanta or something.

The Skin I Live In: I blame the second-language aspect here, but something about this sentence is annoying.

Martha Marcy May Marlene: AKA Marble-Mouthed Nonsense. I will concede that this one may be actually brilliant, as everyone who sees the film seems to universally love the title after the face. Still, there is definitely something idiotic about giving yr film a title no one can remember.

Crazy, Stupid, Love.: I hate seeing this written down, I hated typing it, I hate hearing it out loud and I can’t imagine speaking it. There is a weird kind of perfection here. Three words that are just fine on their own, but somehow in this order they make me want to die.

Take This Waltz: And shove it.

No One Killed Jessica: Oh well that’s a relief, you had me worried for a second there. I guess I can skip watching the movie altogether and go eat some lunch or something.

Water for Elephants: This sounds like part of some little piece of wisdom like “pearls before swine” or something, except that you think about it for five seconds and realize that it isn’t and that it’s just dumb sounding.

Twixt: This is one of those words that maybe girls under the age of 16 could get away with saying. Or like the name of new line of sexy dolls, like the new Bratz or something.

The Beaver: This immediately undercuts the notion that it can be at all serious by virtue of the obvious vulgar connotations. Unless of course the writer only chose the word “Beaver” because he thought it would be such a riot to see it written everywhere and to have serious actors say it a million times for two hours. So either way what we have here is totally ignorant or absurdly immature. Count me out either way.

Our Idiot Brother: If I wanted to watch a shitty ’90s sitcom I would have stayed home.

This Is Not A Movie: Yes it is.

Benjamin Sniddlegrass and the Cauldron of Penguins: This is so stupid that maybe it belongs on the “Best” list. Nah, maybe not.

Cowboys & Aliens: This and Hobo With a Shotgun are two sides of the same coin. This side is the shitty one that loses all the time.

I Am Number Four: The only way this could be worse is if it was I Am Number Two.

Green Lantern: The discussion surrounding this movie’s failure brought up a lot of valuable points: 1) Ryan Reynolds is The Worst, 2) The movie was a piece of shit and 3) Martin Campbell is not an auteur. But the big point I think everyone missed is that The Green Lantern is also just a stupid combination of three English words. I don’t care how long he’s been a comic book hero, please compare the title of this movie to the other famous DC tentpole franchises: Batman and Superman. And please analyze the various connotations involved in three titles: One is a man who is also a bat, alright cool. The other is a man who is super, yeah alright I bet he’s pretty tough. This is a lantern that is somehow green… is this meant to surprise or excite me? “No shit!? All my lanterns are blue, this guy must be AMAZING!” Even The Green Hornet is a better title because it has the word Hornet in it and everyone knows that Hornet is basically the coolest word in all of entomology, with the obvious exception of “Scorpion.” No movie with the word Lantern in the title will ever gross 500 million dollars, unless preceded by the words “Harry Potter” or “Twilight.” Lanterns suck and somehow this fact is known deep in the hearts of all Americans. 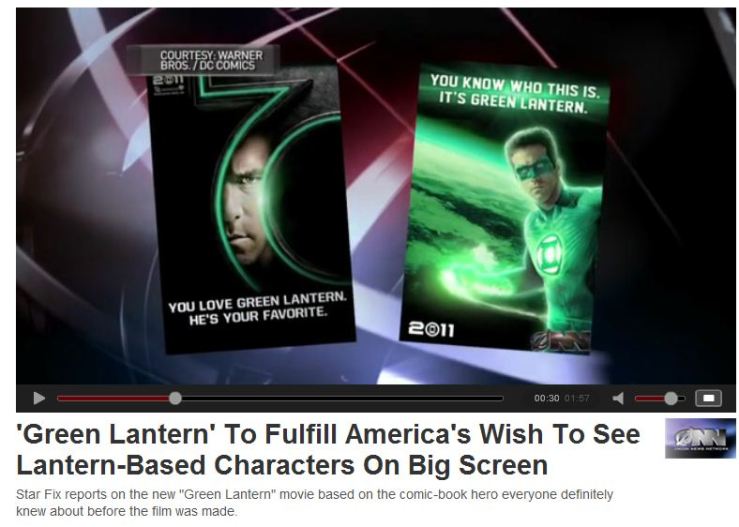 Straw Dogs: As the title for some weird VHS tape you find at the video store and rent on a lark only to be blown away by how gnarly and intense movies were allowed to be in the ’70s: Yes Straw Dogs is a great title, and it’s implacable weirdness somehow fully encapsulates everything strange an unnerving about that movie. But as the title for a contemporary product on the market for people who have no built-in context I can’t imagine anything worse. It might as well have been called Marble Lanterns, it would have done just as well.

Another Happy Day: Either the movie is actually about a succession of days that are happy, or it is very obviously the exact opposite. Both options annoy me and put me off for different reasons. They could have called it Are We Having Fun Yet? and it might have been a bigger hit, but that is equally stupid and probably taken already.

The Garden of Eden, Ernest Hemingway

Under the Volcano, Malcolm Lowry

The Tree of Life

Most Overhyped Book of 2011

The Art of Fielding, Chad Harbach

Weirdest (Yet Nevertheless Moving) Novel of 2011

How to Keep Your Volkswagen Alive, Chris Boucher

Book I Read in 2011 That Still Confounds and Haunts Me

The Kindly Ones, Jonathan Littell

“Some Notes on Translation and on Madame Bovary,” Lydia Davis (The Paris Review)

“Nude in Your Hot Tub, Facing the Abyss (A Literary Manifesto After the End of Literature and Manifestos),”  Lars Iyer (White Review)

I did not read or see or hear every book or essay or audiobook or film or TV show or record or video that came out in 2011. Also, there are some days left in the year. These are all, just like, opinions man.