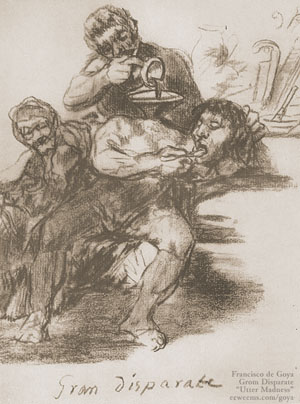 As a means of plot summary, here’s an excerpt from my review of the second part of Roberto Bolaño’s novel The Third Reich (serialized this year by The Paris Review and forthcoming in hardback from FSG (uh, the Bolaño’s book, not my review, of course))—

If 2666 impossibly haunts The Third Reich from the future, then paranoid Poe haunts it from the past. Last time we checked in, Udo Berger and his beautiful girlfriend Ingeborg had made tentative friends with another German couple while spending the summer at a seaside resort in Spain. Through this pair, they meet up with two nefarious locals, the Wolf and the Lamb; Udo also begins obsessing over a man named El Quemado, a burn victim who rents paddle boats to tourists. For Udo, the holiday is meant to be a working vacation—he’s a wargame enthusiast, and he plans to write a defining strategy for a new game called “The Third Reich” (implicitly, he plays the Nazi’s side). In the meantime, he’s also taken with the hotel’s owner, Frau Else, a German transplant who mysteriously disappears to take care of an ill husband who no one seems to see.

The third installment of The Third Reich amplifies Udo’s paranoia and isolation. He spends most of his time playing Third Reich with El Quemado, and although he assures his best friend Conrad, via telephone, that he’s beating the burned man, we see his control (and sanity) slipping away. Udo seems unconcerned that Conrad has been comforting Ingeborg, probably because Udo is still trying to bed Frau Else, who has mysteriously disappeared in this third chapter. When he’s not busy sleeping nightmarish sleep or lurking around the hotel at night, Udo picks fights with the night-watchman; clearly, he’s outlasted his welcome in this tourist town.

This section of The Third Reich is shorter than the first two, and although I’ve enjoyed reading the novel in pieces, it’s with this section that the strain of serialization begins to show. Bolaño’s slow-burn Lynchian dread is clearly climaxing here, and it’s unsatisfying to have that suspense interrupted. It’s also unclear how The Third Reich will resolve, or if it will resolve—Bolaño isn’t exactly one to neatly tie up loose ends—but I’m hoping that we’ll get to learn more about El Quemado’s strange motivations, and get another glimpse of Frau Else’s husband. We’ll see soon—the winter issue is out soon with the final installment.