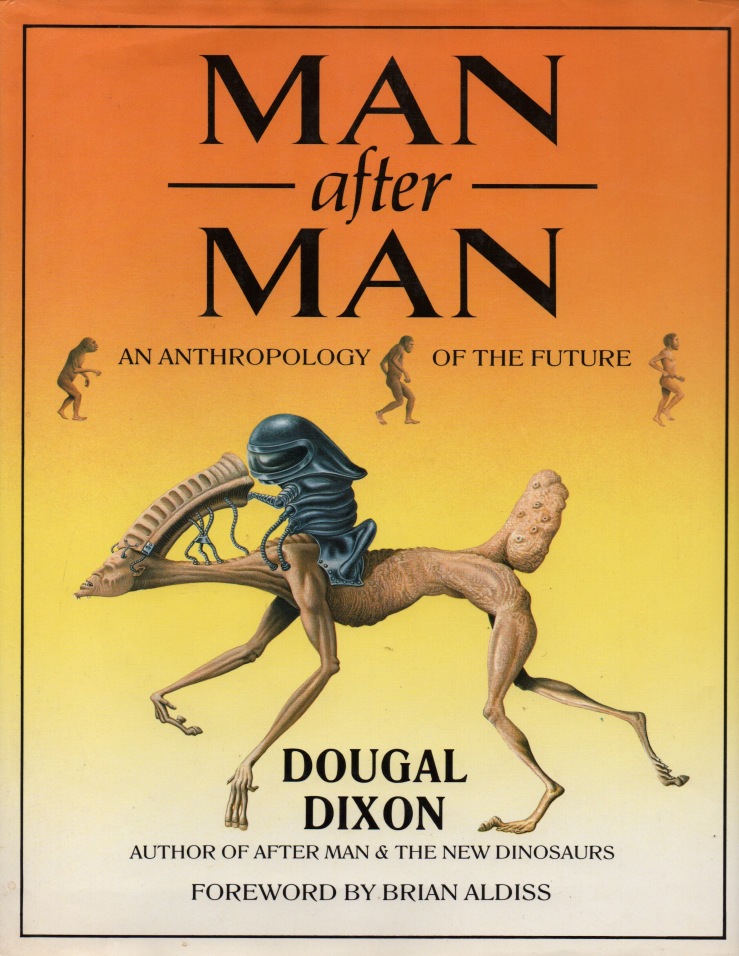 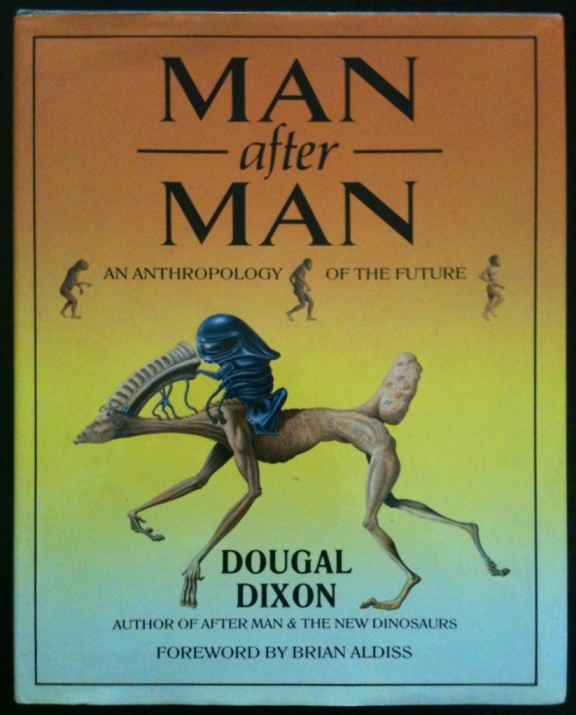 I found a first edition hardback copy of Dougal Dixon’s cult book Man After Man not quite two weeks ago when I was browsing books for my cousins’ kids, who I would see over the July 4th holiday. I’ve possessed an illicit digital copy of Man After Man for a few years, but it’s not nearly as fun as the real thing. As its subtitle attests, Dixon’s book is an anthropology of the future, a sort of speculative sci-fi textbook that imagines a future-history of genetically engineered humanity. The illustrations by Philip Hood (who deserves bigger billing) are especially weird and wonderful. Some samples below. 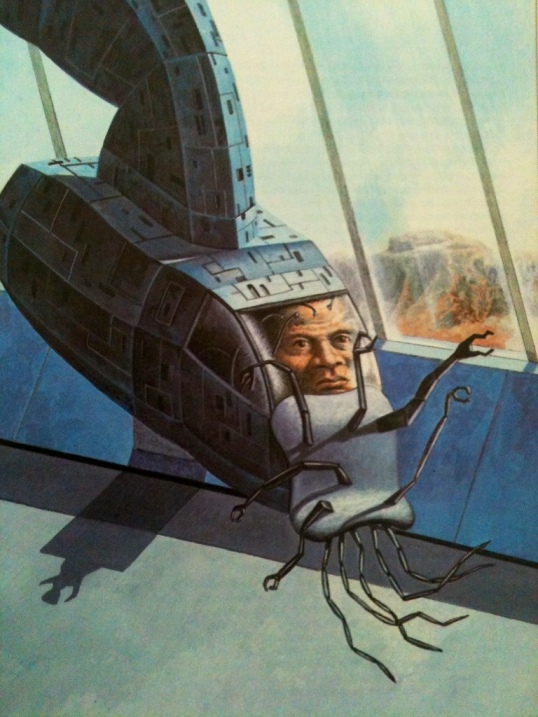 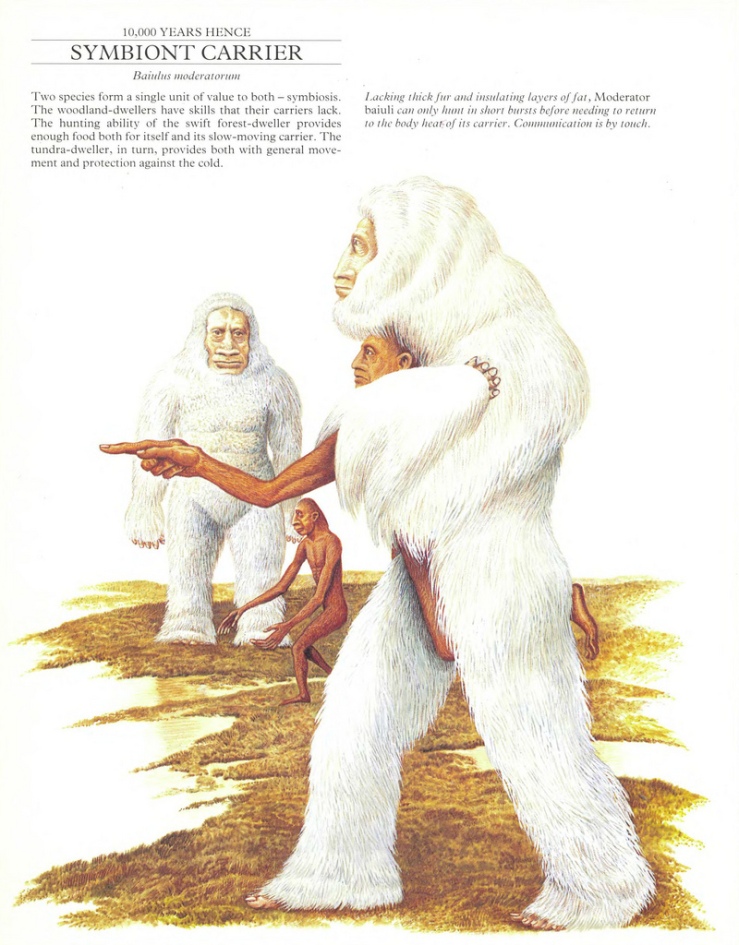